(ed. note - "In case you missed it this weekend...Here's sdsuaztec4's latest report on Strasburg's latest start...)

Hello Nationals fans! I for one had a rough Friday. Got to the ballpark at around 2:00 PM and sat in my usual seats behind home plate and watched Stephen Strasburg and the Aztecs dominate UC Davis in a 14-0 hit barrage. After that game ended, I got to watch the Padres and Angels battle it out for the Southern California exhibition game championship, which is something I just made up. I have some presents for you but you'll have to wait until the end. Ok fine, you can have one to get you started.

Stephen Strasburg pitching at Petco Park? That IS delicious! Like I said before, I think the mound bothered him to the point that his control was off and he lost a little velocity. He hit 98-99 a few times but the Petco gun had him sitting around 94-96. The problem wasn't the velocity however, because it was his fastball which he could not control all game. At one point, he practically abandoned the fastball completely and relied on his breaking pitches which he was able to control much better. Mind you, his breaking pitches sit at around 84-88 MPH as well which is faster than a lot of MLB fastballs. I think the reason that he had so few strikeouts is because of his inability to locate the fastball which he usually uses to setup the hitters for the offspeed. The result was a lot of contact and very few swings and misses. Fortunately, this is Stephen Strasburg who's offspeed pitches are good enough to hold them to 3 infield singles and zero runs. I suppose it could have just been an off day but I'm sticking with my mound theory.

Tony removed him after 6 innings and 93 pitches. Obviously he could have gone longer, but Tony is trying to limit his pitch count to around 100-110 for you guys and we already had an 11 run lead at that point, no reason to risk anything. He was able to get all of the freshman in for a few innings. A freshman relief pitcher even got a RBI double! Altogether, I think this was a good learning experience. Some days, one of your pitches might not be working and you need to have others to rely on. Stephen proved that even on his off days he can dominate. Mind you, UC Davis is awful but I think the point stands.

1st- First batter ruined the no-hitter with an infield single which probably should have been turned into an out. Next guy moved him over to second with a 1-3 grounder. A walk put two men on but fortunately he was able to get his fastball going enough to K the DH. The 5 hitter grounded out to end the threat.

2nd- Groundout. The next two batters made some good contact but both were turned into outs by the outfielders.

4th- The first batter reached on an error by the shortstop. He quickly struck out the next two batters but he put another man on first and moved the runners over when he spiked a curve ball. Oh well, just freeze the next hitter with the sharp breaking ball.

5th- A single led off the inning but a quick groundout and GIDP ended the inning with only 5 pitches thrown.

6th- He seemed like he was finally starting to get used to the mound this inning but it would be his last. He cracked the first hitter on the elbow with a 96 MPH fastball. I'm sure that felt good. Struck out the next guy, but a single from the following hitter put runners on the corners with only 1 out. Another strikeout looking and and 53 ground out ended the threat and Stephen's night.

Next home game is April 24th against No. 22 TCU. Ok, here are some presents for you. First, check out the up-to-date list of awards that Stephen has won this year so far.

Here are some pictures I took. Unfortunately, the stupid camera focuses on the net behind home plate instead of the player you are trying to take a picture of. What are you gonna do? 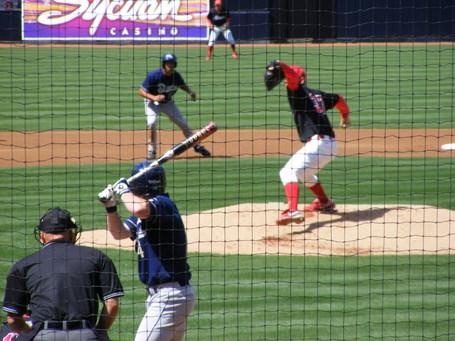 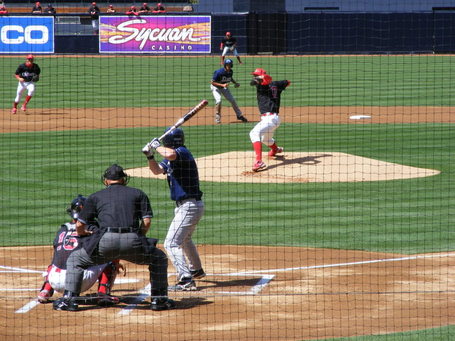 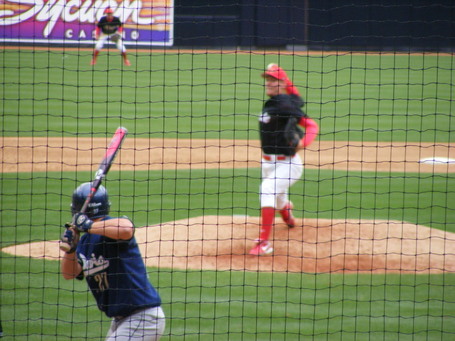 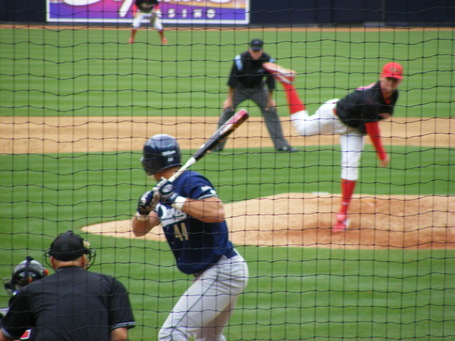 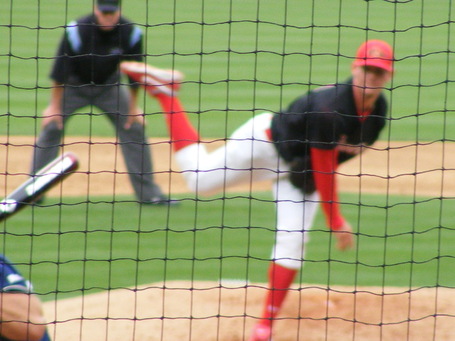 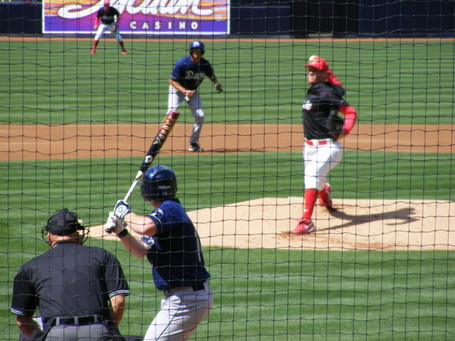 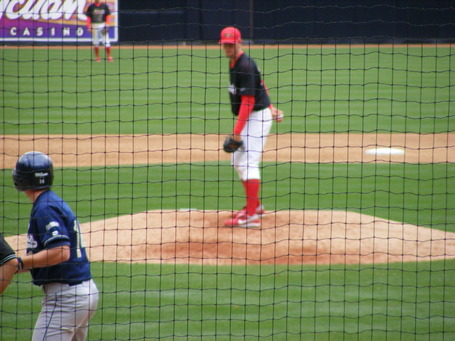 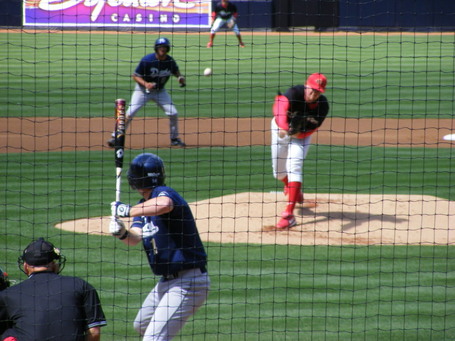 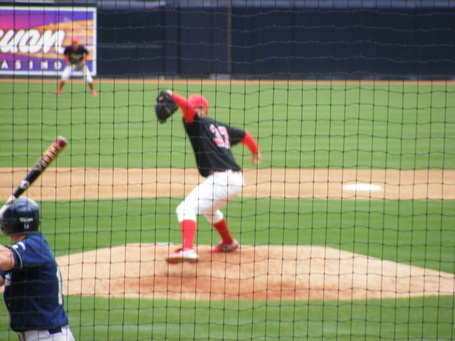