What Did Washington Nationals' Fans Learn Today, In The 6-1 Loss To The Mets' Livan Hernandez.

Share All sharing options for: What Did Washington Nationals' Fans Learn Today, In The 6-1 Loss To The Mets' Livan Hernandez.

What Did We Learn Today?

5) Some pitchers still throw 127 pitches. (Livan Hernandez continues to dominate DC, 127 pitches over nine innings, and Livan holds DC to just one run, abuses lefties with a two-seamer inside and has every hitter nervous they'll get embarrassed by the 62-mph cheese.)

7) It’s much more fun to watch Livan throw that slow junk when he’s on your team.

8) If Jason Bergmann gives you a scoreless inning, take it and move on...(Jason Bergmann throws a 1-2-3 sixth, comes back out for the 7th, gives up back-to-back singles and then the Sheffield blast, and then, he throws a curve over Fernando Tatis' head, receives a warning, and proceeds to hit Tatis one-pitch later without getting tossed. What is the warning for then? One and out for Bergie please...) 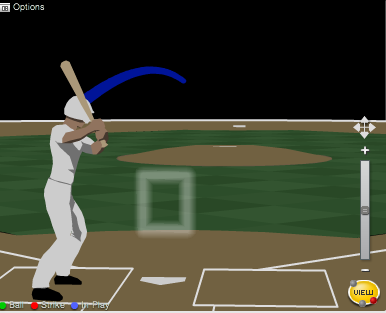 9) The Expos should have held onto Tatis.

• "The rotation of the earth is much faster...(Livan) just puts the ball in the air and the earth rotates it home...)" - PhDBrian

For The Completists, Full Game Report After The Jump...

Livan Hernandez throws an 83 mph fastball over the middle to Cristian Guzman, who’s taking for a called strike to start the game. The 1-2 pitch from Livan starts out inside and comes back in for strike three and Hernandez’s first K. Nick Johnson rolls a weak grounder out to Luis Castillo at second. Ryan Zimmerman rips one to short, Ramon Martinez throws to first to end the opening frame...Craig Stammen shatters Angel Pagan’s bat with a fastball, gets a weak groundout to Guzman at short. Luis Castillo slices a low liner to Guzman at short. David Wright shoots a two-out single through short and steals second with Gary Sheffield at bat. Sheffield lines to center and Willie Harris makes the grab to end the first...

Adam Dunn hits a "Nick Johnson-liner" over short for a single. Josh Willingman drops a single into short center in front of Angel Pagan. Willie Harris isn’t bunting, and he grounds into a DP instead. Josh Bard pops out, opportunity wasted... Fernando Tatis grounds weakly to Guzman for the first out of the Mets' second. Fernando Martinez strikes out swinging at a chest-high fastball from Stammen. Omir Santos gets a fastball up in the zone and drills it to left and off the wall for a double. Ramon Martinez connects with a fastball on the outside edge for the second straight double, Santos scores. 1-0 NY. Livan Hernandez grounds to short, Guzman takes his time firing to first.

Anderson Hernandez shoots a single over the mound and into center. Craig Stammen gets a sac bunt down to move Hernandez to second, and a fly ball to left from Guzman allows Hernandez to take third. Nick “Two-Spot” Johnson with the two-out chance, smokes one to first, but Fernando Tatis handles it and tosses to Livan covering...Angel Pagan lines to center, Harris fields on one hop. Pagan steals second with Luis Castillo trying to bunt. Castillo works the count full and walks to put two on for David Wright. Wright lines to, and almost over, Adam Dunn. Stammen walks Gary Sheffield to load the bases for Fernando Tatis, Tatis hits a hard grounder up the middle and it’s off Guzman’s glove for an RBI single. 2-0 NY. Fernando Martinez’s sends a one-hopper to Johnson at first, throw to second in time, throw back late, Castillo scores, 3-0 NY. Omir Santos pops out foul of third, and Zimmerman catches the third out.

Ryan Zimmeran gets an 86 mph 2-2 fastball upstairs and he K’s swinging. Adam Dunn takes a one-out walk and Willingham grounds into the DP...Ramon Martinez is thrown out by Guzman on a weak grounder to short. Livan Hernandez turns back to the dugout 3/4’s of the way through a groundout. Stammen stabs at a grounder from Pagan and throws it to first a moment too late. Luis Castillo sends a roller out to second, Anderson Hernandez throws to Johnson at first to end the fourth.

Willie Harris grounds out on the first pitch of the fifth. Josh Bard doubles into the gap in left center and all the way to the wall. Ramon Martinez throws Anderson Hernandez out on a grounder to short, Bard forced to stay at second. Craig Stammen lines to center, Pagan throws home as Bard slowly heads there, Bard slides around Santos, and misses the plate, Bard dives for it, Santos tags, "Say...You're OUT!" yells the Ump. 3-0 Mets, middle of the fifth...David K. Wright goes down swinging for the first out of the Mets’ fifth. Gary Shefflied tears into a grounder to third that short hops Zim and bounces off him and into left. Fernando Tatis flies out to Willie Harris in center field. Fernando Martinez up with one on, two out, Stammen hits him. Ryan Zimmerman fields Omir Santos’ ground ball and steps on third.

Cristian Guzman shoots a single over short to start the DC sixth. Nick Johnson grounds into a DP and Ryan Zimmerman K’s swinging through a high fastball again to end the top of the frame...Jason Bergmann gets a fly ball to left from Ramon Martinez for the first out. Livan Hernandez sends a weak ground ball to Guzman at short. Angel Pagan stares a 2-2 curve into the zone for a backwards K.

Adam Dunn starts the seventh with a fly ball to left and out of the park, SHAKE N BAKE!! SHAKE N BAKE!!! 3-1 Mets. Adam Dunn hits a leadoff homer on a fastball outside. Livan Hernandez drops a 62 mph two-strike curve on Josh Willingham, and gets a swinging K. Willie Harris pops a 2-2 curve up to second. Josh Bard flies out to Sheffield in left to end the top of the seventh...Luis Castillo works the count full, and almost gets a clean single up the middle, but Guzman slides, grabs it, spins and throws, a step too late to get Castillo at first. David Wright sends a single through short. Gary Sheffield sends a screaming line drive into the first row above the wall in left. Three-run HR, 6-1 Mets. Bergmann hits Tatis with the next pitch. Kip Wells comes on for Bergmann. Wells gets Fernando Martinez swinging. Omir Santos grounds to Zimmerman at third, Zim tosses to second, to first, double play to end the inning.

Anderson Hernandez K's looking. Justin Maxell gets hit by Livan Hernandez and Cristian Guzman follows with a double over Fernando Martinez in left. Nick “Two-Spot” Johnson waits on a curve and flies out to center, Maxwell fakes, but turns back to third. Ryan Zimmerman flies out to right, and Livan Hernandez is through eight...Ramon Martinez grounds out to short. Julian Tavarez gets a grounder to third from Livan Hernandez. Tavarez walks the next two batters he faces, Pagan and Castillo, and then gets David Wright looking with a slider to end the eighth.

Livan Hernandez against Dunn in the ninth. Dunn grounds to Wright at short and though the throw is off, Tatis makes the tag. Josh Willingham singles to left to keep hope alive. Willie Harris grounds out to Tatis, and Livan’s out away from the CG. Josh Bard K’s looking at a two-seam fastball inside. Livan Hernandez throws 126 pitches in the complete game win. Mets win, 6-1 final.