(ed. note - "In the final bit of audio I recorded at this past weekend's Washington Nationals Blogger Day, we, the DC bloggers, were given an opportunity to talk to Washington Nationals' team President Stan Kasten and "Acting" DC GM Mike Rizzo in the Shirley Povich Media Center, where the Nationals had allowed us to set up our own press box so that we could watch and report on the game from a few hundred feet above home.")

(ed. note - Because the game was getting underway as the meeting took place, the audio is a little difficult to hear at times.")

Stan Kasten and Mike Rizzo talk to the Nationals bloggers:

Mike Rizzo: "You've got a 24-year-old third baseman who everyone thinks is 35, because of his maturity, and he's been here forever..."

Stan Kasten: "I hope he didn't lie to us about his age." (LAUGHTER).

FULL KASTEN/RIZZO AUDIO AFTER THE JUMP... 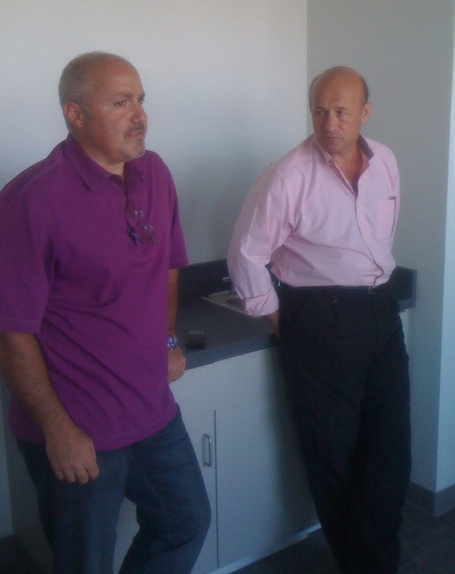 Thank you both, Mr. Kasten and Mr. Rizzo.