Share All sharing options for: Federal Baseball.com's Message For The Washington Nationals On MLB DRAFT DAY!!!... 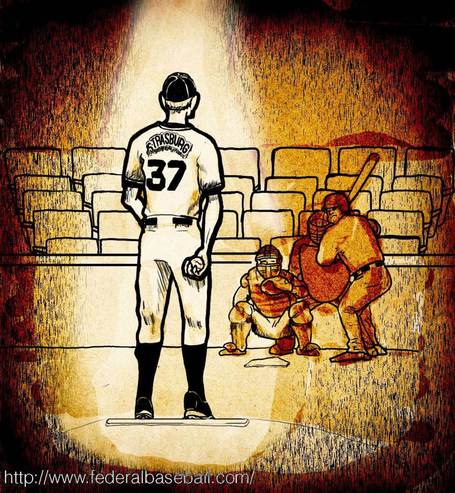 What "They're Saying": Stephen Strasburg Edition...

- Tonight, when the Nats presumably take Stephen Strasburg as the No. 1 overall pick in the baseball draft, the team and its fans can begin to fantasize. And agonize, too.

- The ultra-talented Stephen Strasburg is expected to be the No. 1 pick of the Nationals on Tuesday. But that'll be only the beginning of a long, costly process led by superagent Scott Boras.

- A Washington Nationals official pretended on Sunday not to know a thing about Stephen Strasburg, the San Diego State pitching phenom who's expected to go first to the Nats in Tuesday's draft. "What's Tuesday? Who's Strasburg?'' he said, feigning ignorance.

(ed. note - "The 2009 MLB Draft starts at 6:00 pm EST live on the MLB Network, and the Reds and Nationals get underway at 7:05 pm EST. The day we all get to find out if we're still Washington Nationals' fans has finally arrived...")