Share All sharing options for: Washington Nationals: Picnic In The Park For Nats' Season Ticket Holders.

The rain didn't keep the Nats season ticket holders away. The Washington Nationals held their annual "Picnic In The Park" for season ticket holders Saturday afternoon, providing fans a chance to meet, get autographs from and even question some of the members of the Nats' team and front office staff. Nats' team President Stan Kasten, pitching coach Steve McCatty, DC GM Mike Rizzo and MASNSports.com's Phil Woods and Rob Dibble all held Q&A sessions for fans (ed. note - "Some notes on Rizzo's comments after the JUMP..."), and players and coaches like hitting coach Rick Eckstein, staff ace Stephen Strasburg and reliever Tyler Clippard (amongst others) were available to sign autographs for anyone willing to wait through the long lines of fans eager to interact with their favorite Nats. If you wanted to walk through the home team or visitor's dugout, get your picture taken with the Racing Presidents, the season ticket holders had the run of the Park. The most interesting thing I witnessed, however, was the interview that the Nats' GM conducted with fans, where ticket holders got a chance to remove the filter of the press or online media and directly question Mr. Rizzo and speak to a major league general manager in an open forum. Some of the more interesting questions and quotes from Mr. Rizzo and a few (blurry, grainy iPhone) pictures after the JUMP...

• DC GM Mike Rizzo At The Nats' Picnic In The Park:

• Transitioning from a pitch-to-contact staff to power pitchers and strikeout guys?

Mike Rizzo: "That's a good point. I think in this division, in the National League East, when you have high revenue teams, they've got big time lineups, you know the Braves, the Mets and the Phillies, and Florida has one of the best right-handed hitting lineups in the league, I think you can only allow yourself to have two sinker ball, pitch-to-contact guys, three at the most, you need to have two power guys at the top of the rotation that can go out and dominate a game or two, that's a legitimate stopper/closer type of guy that can go out and has a good chance of winning every fifth day. I think the good teams have that, [and] that's why you don't see the really good teams, the contenders, go into five, six, seven game losing streaks, because they have one or two or three guys that every fifth day have a really good chance of winning. That's what we're ultimately looking for, in the tough division here in the National League East...sinker/slider guys work great but their margin of error is smaller than power guys..." 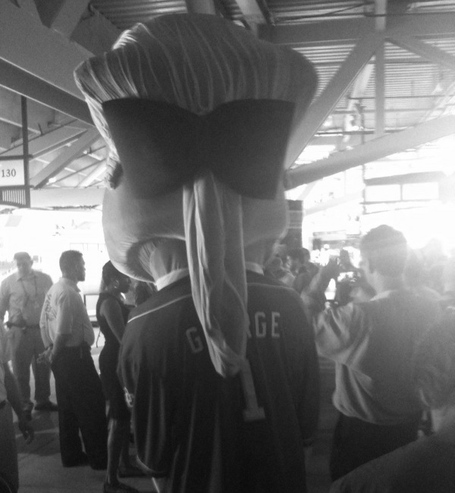 • What did you think about Strasburg saying that if opposing players are hanging over the plate they can expect something inside?

Mike Rizzo: "I often joke about Stephen and I call him the silent assassin. He looks like a babyfaced, quiet kid until he gets on the mound and then he's a tiger and, you know, with his repertoire, guys know he pounds the strike zone, they know he's a strike thrower, and they often swing early in the count and I think it irks him a little bit that guys come in and dig in and swing so hard, because at times I believe a power pitcher can have too good a command and too good of control...and once in a while when one gets away and it buzzes somebody's tower, that's not a bad thing." 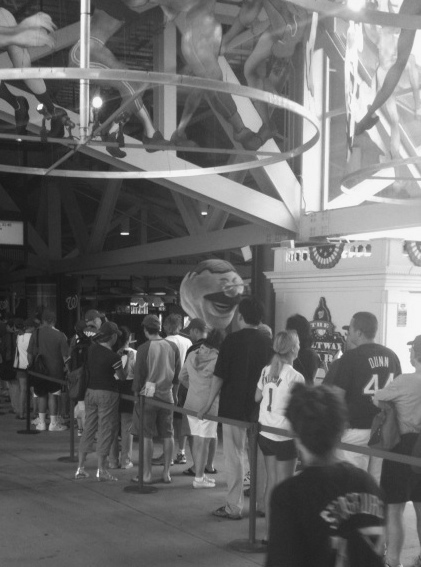 • On Strasburg shaking off pitches to throw his curve?

Mike Rizzo: "....Stephen knows himself and he's the most aware of what he can do with that pitch, and we've encouraged him and all of our pitchers, really, to, we know what Pudge [Rodriguez] is, he's one of the greatest catchers of all time, he's a terrific Hall-of-Fame-caliber guy, but still, it's your ERA, your numbers go on the back of the baseball card, and if you're not comfortable throwing the pitch that you want to throw, you better have the guts to shake him off, or if you don't and get hit on a pitch that you didn't want to throw then shame on you..." 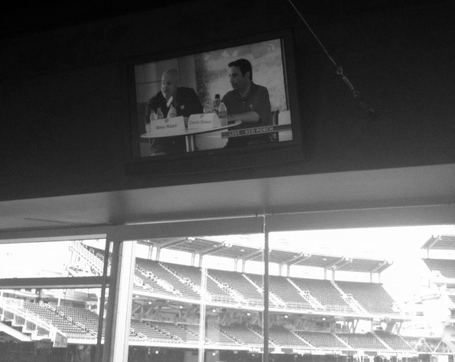 • On This Year's Draft Class? Will the top picks sign at the last minute again?

Mike Rizzo: "I think the guys that we're talking about, our 1st Round pick is [Bryce] Harper, our 2nd Round pick is Sammy Solis, he's a college left-handed pitcher, our 3rd Round pick, a shortstop from Rice, [Rick] Hague, we just signed him, he's on his way to the minor leagues, he was in the ballpark I think yesterday or the day before, he's on his way, and our 4th Round pick is A.J. Cole, who's a high school kid out of Florida, everyone else is signed, which is remarkable, a remarkable job by [Scouting Director] Kris Kline and [Asst. GM] Roy Clark [APPLAUSE], the word is out, we think we had a terrific draft this year, an impact draft, from all the people from the outside that have looked at it, if we get everybody signed that we want to sign, we will be voted the best draft in baseball..." 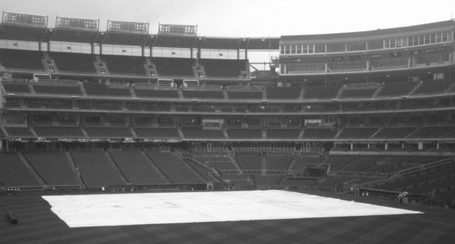 (ed. note - "There was a lot more to the interview with Mr. Rizzo, he did take questions for a full 30 minutes, and I thought I had stumbled on to an exclusive Jesus Flores update until Mr. Rizzo went on MASN later Saturday night and repeated the same information before I had time to transcribe it, but as someone who's never been a season ticket holder and thus never attended the Picnic in the Park before, I was surprised how open the Nationals were and how willing the were to interract with the fans. So thank you to the Nats for letting me observe, and thanks to the fans, including FB readers, Doghouse, Mrs D., RobBobS and CookieLover, all of whom I got to meet again and talk to....here's one more pic of the signature lines...") 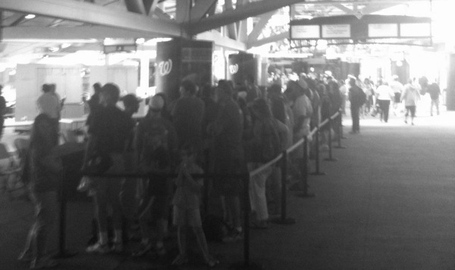