ziMS Foundation: A Night At The Park In Nationals Park.

Share All sharing options for: ziMS Foundation: A Night At The Park In Nationals Park.

"It's amazing how you start something little and how much it can do," Ryan Zimmerman said in a press conference before his ziMS Foundation's A Night at the Park charity event last night in Nationals Park. "We've gotten better and better each year," Zimmerman said of the foundation which he started to honor his mother, who was diagnosed with Multiple Sclerosis in 1995, by helping to search for a treatment and ultimate cure to the disease. "We obviously started, really had no idea what we were getting into, and just wanted to do stuff to help and over the last five years it's grown, I think, more than we could have ever imagined, and this is kind of a big stepping stone for us, and we think from here we can take off and sky is the limit from here."

I asked Ryan Zimmerman how important it was to him to have the backing of the Nationals and his teammates, many of whom were in attendance last night, and the Nationals' first 1st Round pick, taken 4th overall in 2005, said the opportunity to hold an event like this, "Was a big part of the contract I signed," with the Nats, "I think it was something unique that they had never really heard of but they let us use the stadium once a year for the Foundation and these efforts and you know, the Nationals have been great, the front office, the Lerners, the rest of the ownership group have always been there for us when we've asked for anything and they support our ideas and I think we have a bunch of my teammates coming out today too. It's kind of cool to see that those people back you up in your efforts and not only do we play baseball and do that stuff together, but we're a pretty close group and I think this kind of proves how close we are.

Drew Storen, Sean Burnett, Ross Detwiler, John Lannan, Tyler Clippard, Craig Stammen, Willie Harris, Adam Dunn, Pudge Rodriguez, the Nats were out in full force, taking in street magic performed by David Blaine in the Diamond Club, taking part in a silent auction which featured signed jerseys by the Miami Heat's Dwayne Wade, the Chicago Blackhawks' Patrick Kane and Jonathan Toews and a jersey signed by the entire Washington Caps team, and bidding on auction items in a live auction as well, (the most popular of which was a day following Zimmerman through his workout routine), before listening to short sets by musicians Mutlu and Amos Lee, while NBC's Chuck Todd emceed the event. Lots of pictures once you click through courtesy of the event staff, Ian Koski of Nats Daily News and my iPhone...

Update: According to the organizers of the event, they raised over $200,000 and had over 700 people attend the event. As Chuck Todd noted last night, be glad if you were there, because it's going to be tough getting into the event in the years to come. 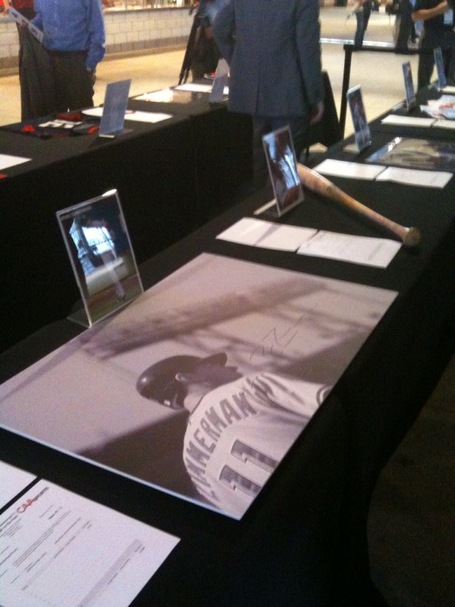 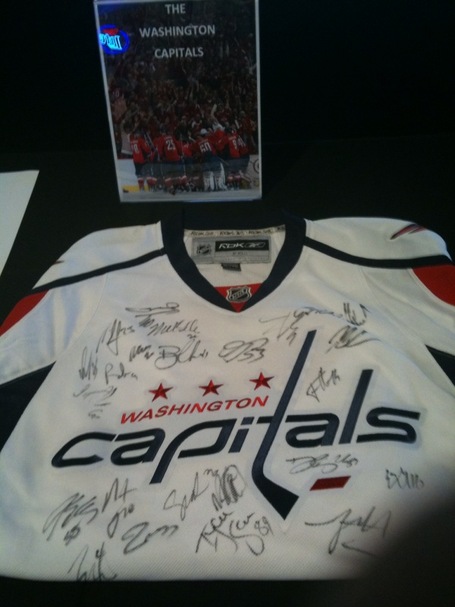 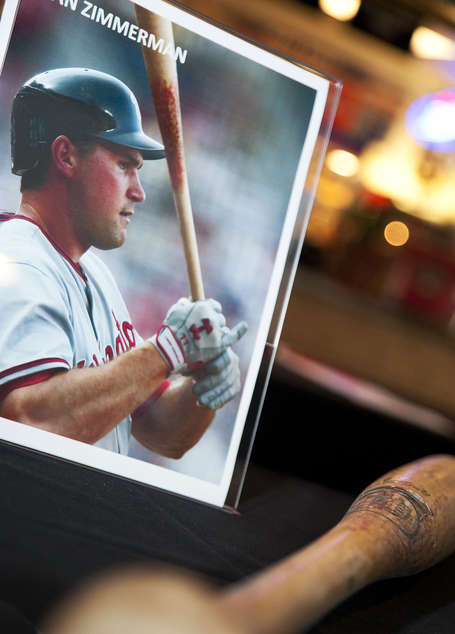 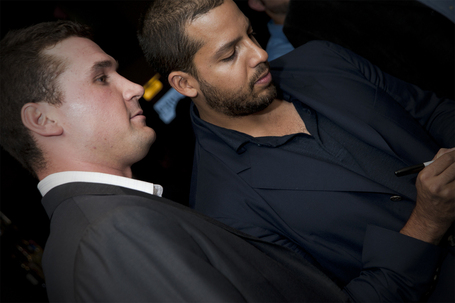 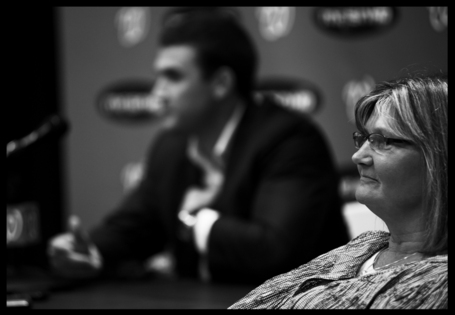 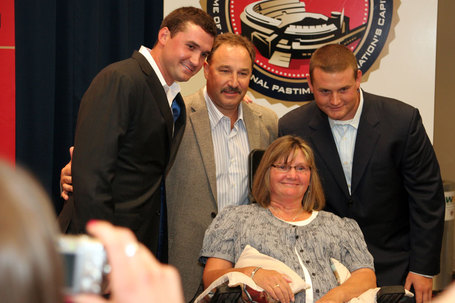 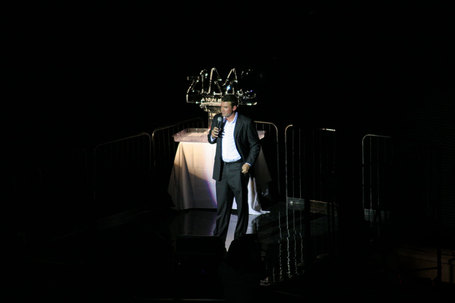