Per request, I've decided to collect the iconz that I use in one place so that when I'm out at the park people can try to link back and post the iconz in gamethreads or use them elsewhere on the interwebs for their own maniacal purposes. A disclaimer: I'm going to start only putting the iconz that I've collected. Miss B has some more elaborate iconz that I hope she'll post in the comments or come up with her own "gallery" of favorite graphic designs and iconz. Rikki Tikki Tavi, The Cookie Monster, Bubble Gum Kong, The Stammen Apples, and the Super Strasburgs are all worthy of their own tribute. I'll put the iconz and what the connection is after the jump.

We start our tour of the iconz with current members of the rotation.

Livan Hernandez - I believe this was the first of the iconz. Cuban cigar for the original Mr. National.

John Lannan - Over the last couple of years John Lannan has earned a reputation for being a cool customer on the mound. I saw Cool Hand Lannan in one of Patrick's game summaries and chose this image from the timeless classic "Cool Hand Luke" as his icon. Cool Hand Luke eats 40 eggs on a dare in the movie and that's where the "eating 40 eggs" comments that sometimes follow come from.

Ross Detwiler - He gets Wile E. Coyote for his icon because we hope he can become a crafty lefty. Possibly open to change though. There's been some sentiment for him as The Rossweiler or other suggestions.

Ed. Note: I found the Stammen apples in an earlier gamethread. Here they are.


Craig Stammen - Craig Stammen's original icon was a stamen from plant biology class. MissB improved upon this with the Stamen apples. Check out a Stammen gamethread to see one of those.

Stephen Strasburg - MissB came up with the looking and swinging Strasburg iconz.

Ed. Note: User Andrew Davidson suggested a Marquis Grissom icon for Jason Marquis. Here it is. Who better to kick some sense into Jason Marquis than this Expos great?

Jason Marquis - The 15Million Dollar Man has no icon as of yet. This is the Marquis de Sade. We're going to punt on using something related to a balloon related to his ERA.

(Ed note: Added 8/23) Scott Olsen's icon is taken from his smoking habit and the strikes needed to get his Ks.

We continue our tour of the iconz with current members of the bullpen.

Tyler Clippard - Tyler Clippard gets the peach because his entrance song is "Peaches" from the Presidents of the United States of America at the ballpark. He got this weird song as some kind of joke in the minors and it stuck. While our intrepid reporters are working on the full story behind "Peaches" for the moment, Clippard has resisted giving up the goods.

Doug Slaten - Doug Slaten has shocked the world by remaining on the team as long as he has as a decent lefty out of the pen. He lasted long enough to get a halfway decent icon.

Sean Burnett- For the moment, Sean Burnett gets the "Burn"ing flame icon. Admittedly, there's room for some kind of crooked cap thing for the crooked cap this screwy lefty wears when he comes into the game. We could also tap into something with his 80s "Here I Am Again On My Own" theme song, too.

Miguel Batista - The Miguel Batista Fan Club was struggling for an icon for awhile. They were looking for some kind of novel to celebrate his literary career. Maybe a saxophone to celebrate the musical abilities of this renaissance man. Or perhaps a simple flag to share his love of country. Then he threw 5 innings for Strasburg, became famous, joked about Miss Iowa, and got Miss Iowa to come throw the first pitch of a Nats game against the Phillies. For the record, this is not the Miss Iowa who threw the first pitch at Nats Park. I think it's one from like 2007 or a couple years before. I just google 'em. There's certainly room for a better Miss Iowa Batista icon. But act quickly. Batista's nervous about all of these starters coming back with Stammen pitching well enough to justify long man consideration in the bigs.

Collin Balester - Let's just say we hope Bally-star can be fit. This one worked out better than his previous Star Trek icon in an earlier thread.

Drew Storen - Our new closer, Drew Storen gets his Thunderbolt Storm icon from Patrick's "STOREN WARNING" posts in the gamethreads.

Before we move on, let's consider some iconz of the departed:

JD Martin - John Dale Martin got a Jack Daniels icon. Win or lose, good times with the drinks and one of my favorite iconz. 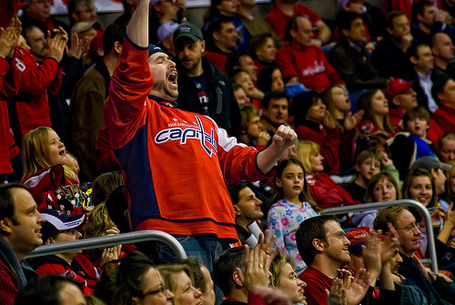 Matt Capps - Matt Capps will be missed. He brought competence to a bullpen with "closer" GasCanrahan at the beginning of '09 and the wild stylings of Mike "Mac the 9th" Macdougal. Washington Capitals and Nats fans joined as one with the "Let's Go Capps!" cheers brought over from the Verizon Center led here by superfan "GOAT". I was using a Nationals Cap for his icon in his last couple of road saves. Let's hope we'll all gather together to watch Capps, a competent closer who first showed us that this year's team was going to be a different animal, close the World Series for the Minnesota Twins.

Well , there you have it. The iconz you know and love. Let's hope we can put the Pitch To Contact rotations of yesteryear behind us and build a stiff breeze with the whiffs of visiting batters in next year's rotation and lots more iconz!!!!