In 1971, Washington Senators' outfielder Frank "Hondo" Howard was elected to his fourth-straight All-Star Game. It would be his last. The next season Howard was a Ranger. After seven seasons (1958-64) played with the LA Dodgers who'd signed the Columbus, Ohio-born 6'7'', 255 lb as an amateur free agent in 1952, Howard was dealt to D.C. before the 1964 season with infielders Ken McMullen and Dick Nen and pitchers Phil Ortega and Pete Richert for infielder John Kennedy and pitcher Claude Osteen.

After struggling in the Dodgers' first year at the new Dodger Stadium, Howard, who'd posted a .226/.303/.431 slash line with 13 doubles and 24 HR's in 1964, was back up closer to his career averages during his first year in the nation's capital when he put up a .289/.358/.477 slash while hitting 22 doubles, six triples and 21 HR's in 149 games. Three years later, Howard was selected to his first All-Star Game in 1968.The Senators' slugger would represent D.C. that year and in each of the next three seasons, finishing as high as fourth in MVP voting on Washington teams that finished over .500 only once.

In 1971, Howard had 15 doubles, 16 HR's and a .294/.370/.500 slash at the end of the "first-half." While he had started in the outfield for the American League All-Stars from 1968-1970, Howard was a reserve on the Earl Weaver-managed '71 AL All-Star team, with Carl Yastrzemski, Bobby Murcer and Frank Robinson left-to-right in the outfield. Howard made just one pinch hit appearance in the '71 ASG, grounding out to second against Giants' right-hander Juan Marichal. Frank Robinson, former Senators' All-Star Harmon Killebrew and Oakland A's slugger Reggie Jackson provided the offense that year with a HR each in a 6-4 American League victory.

Howard would become the last Senators' All-Star when owner Bob Short pulled up stakes the following winter, relocating the second Sens to Texas where they'd become the Rangers. The move would effectively end Howard's career. After struggling to a .244/.341/.369 line with 9 HR's in 95 games, the Rangers sold Howard to the Detroit Tigers for whom Hondo would play 14 games in 1972 and 85 in 1973 before leaving the Majors and momentarily playing in Japan until a back injury ended his career. Hondo remained in baseball in one capacity or another throughout the years, however.

After Howard's All-Star appearance in 1971, the nation's capital would go thirty-four years without an All-Star until Livan Hernandez and Chad Cordero were named to the National League's roster in 2005. The new baseball team adopted the Nationals nickname that had been interchangeable with the "Senators" moniker throughout D.C. baseball history, but the decision to call the new team the Nationals ensured that Frank Howard would be the last Senators' All-Star. It wasn't the only way he left his mark on the nation's capital... 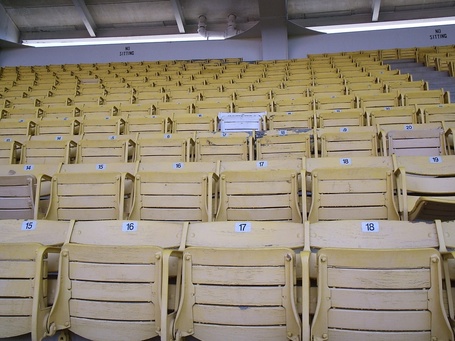