Will the Washington Nationals plug Ross Detwiler back in and fill from within for the fifth spot with someone like Taylor Jordan, Tanner Roark or Nate Karns? Does GM Mike Rizzo need to go back out and find himself another E-Jax or Dan Haren?

Right-handers Jordan Zimmermann (long-term deal?) and Stephen Strasburg and left-hander Gio Gonzalez will lead Washington's rotation in 2014. Nationals' 07 1st Round pick Ross Detwiler, if healthy, after missing significant time on the DL with a lower back/disc issue this season, is expected to be the fourth member of the Nats' staff.

"We think we have several candidates for that fourth and fifth spot in the rotation." - Mike Rizzo on Nats' rotation on 106.7 the FAN

Can the Nationals get the same production from one or a combination of Tanner Roark, Taylor Jordan, Nate Karns and whichever other starters emerge in the organization? Do they have enough depth? "We think we do," Mike Rizzo told 106.7 the FAN in D.C.'s Holden Kushner and Bill Rohland last month. "We think we have several candidates for that fourth and fifth spot in the rotation."

"With the depth that we have in our young starting pitching," Rizzo said, "we could certainly fill from within." - Mike Rizzo on Nats' pitching depth

"We certainly go four deep with a healthy [Ross] Detwiler," the Nats' GM explained to reporters, including CSN Washington.com's Mark Zuckerman, this weekend in Arizona when he spoke to reporters about the end of the 2013 season and the team's plans for 2014.

Washington Post writer Thomas Boswell wrote in a chat with readers last month that the Nationals' rotation depth was clearly an issue this season with injuries and DL stints for Strasburg, Detwiler and Haren, who struggled in the first half of the season before putting together a strong second half. The WaPost's Mr. Boswell added that he thought the Nationals, "... clearly need another [starting pitcher] with Haren leaving."

More: Nationals' 2014 Rotation: Do They Need Another Arm?

"We've seen the emergence of Taylor Jordan. We've seen the emergence of Tanner Roark," Rizzo said in talking about the rotation on 106.7 the FAN with Mr.'s Kushner and Rohland last month. "We've got guys in the minor leagues that are on the cusp and are ready to come... with Sam Solis and A.J. Cole, Robbie Ray. These guys are all pitching very well if not dominating at high levels of the minor leagues at a very, very young age.

"And Lucas Giolito and [Blake] Treinen and the list goes on and on and on of guys that we feel are going to be contributors not only to the rotation but to the bullpen in the very near future. And there's going to be some stiff competition for the back end of that rotation this coming Spring Training."

Were they to try trade for pitching, as they did two winters back, sending pitchers Tom Milone, Brad Peacock and A.J. Cole and catcher Derek Norris to the Oakland A's for Gio Gonzalez, Rizzo told reporters, including the Washington Post's James Wagner recently that he thought the Nats once again have what it takes in the organization to make a deal. 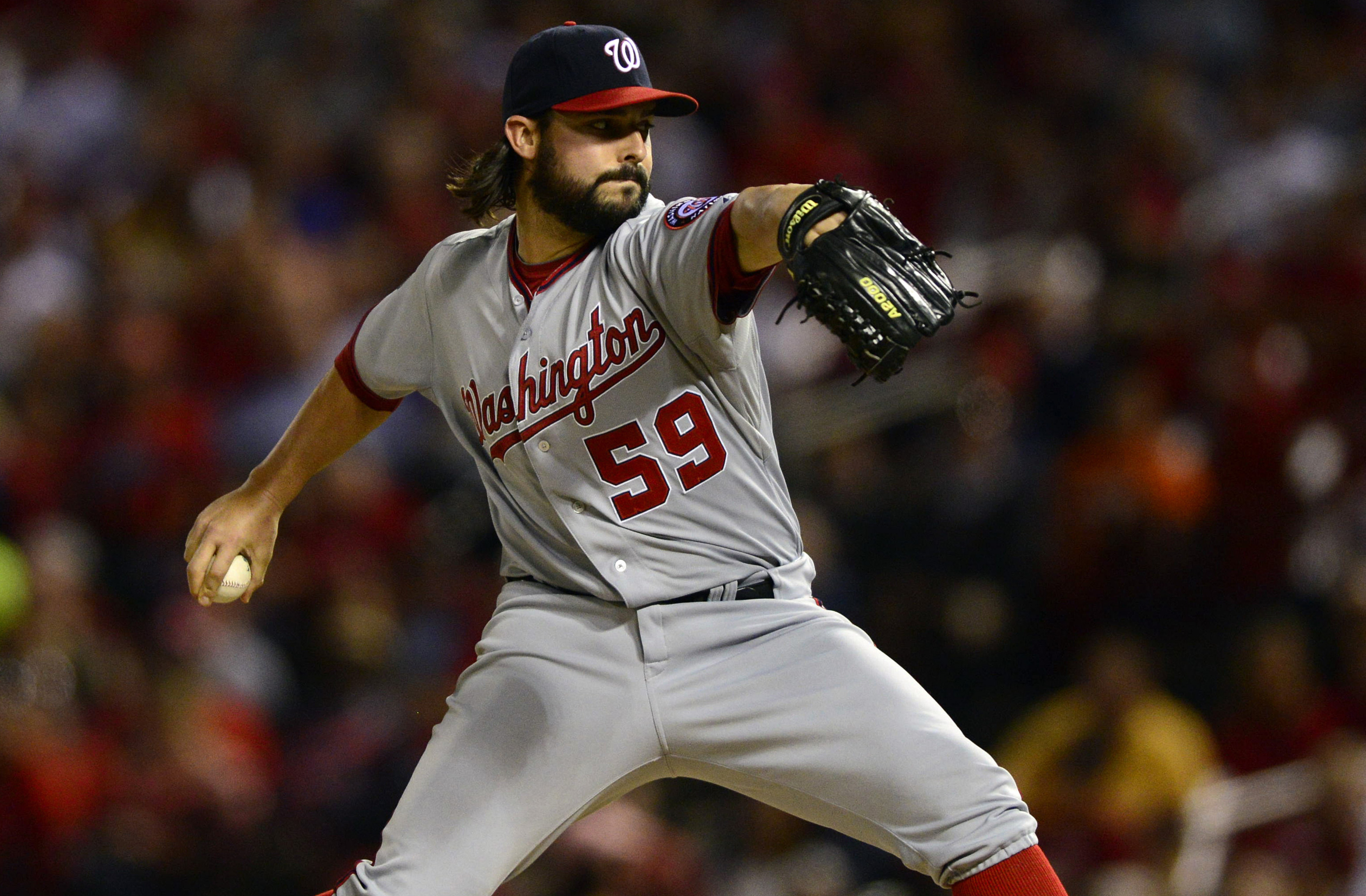 "'We certainly now again have the depth to go out and acquire a player via the trade market,'" Rizzo told the WaPost reporter.

Fill from within? Sign another E-Jax or Haren? Sign a less expensive 5th starter who can, "give you a chance to win" each time out and eat innings? What will the Nationals do with their rotation before the 2014 campaign begins?