Matt Purke's second season in the Washington Nationals' system started at Class-A Hagerstown in late May after the 22-year-old lefty, who turned 23 in July, worked his way back from shoulder surgery on the left shoulder he injured in his second season in college at Texas Christian University. Purke signed a 4-year/$4.15M deal after the Nats drafted him 96th overall in the 3rd Round of the 2011 Draft, two years after he'd gone 14th overall to the Texas Rangers in 2009 but failed to sign.

After just three starts with Class-A Hagerstown in 2012, Purke was shut down with a recurrence of the shoulder issue. The subsequent surgery removed bursa sacs in his throwing shoulder and cleaned up the area. The good news was that there was no damage to the labrum or rotator cuff.

The Nationals picked Purke as one of eight prospects they sent to the Arizona Fall League this year. In his first start for the Mesa Solar Sox, the 6'4'' left-hander gave up two hits, a walk and one unearned run in 3 IP. Purke made his second AFL start of the year Thursday night in the Solar Sox' home, HoHoKam Park. Purke threw four hitless innings in a 6-1 win over the Peoria Javelinas that left Mesa 7-0-1 so far this season. The Nats' prospect earned the win, (2-0, 0.00 ERA), walked one, struck out seven and threw 54 pitches, 36 for strikes while inducing four ground ball outs. 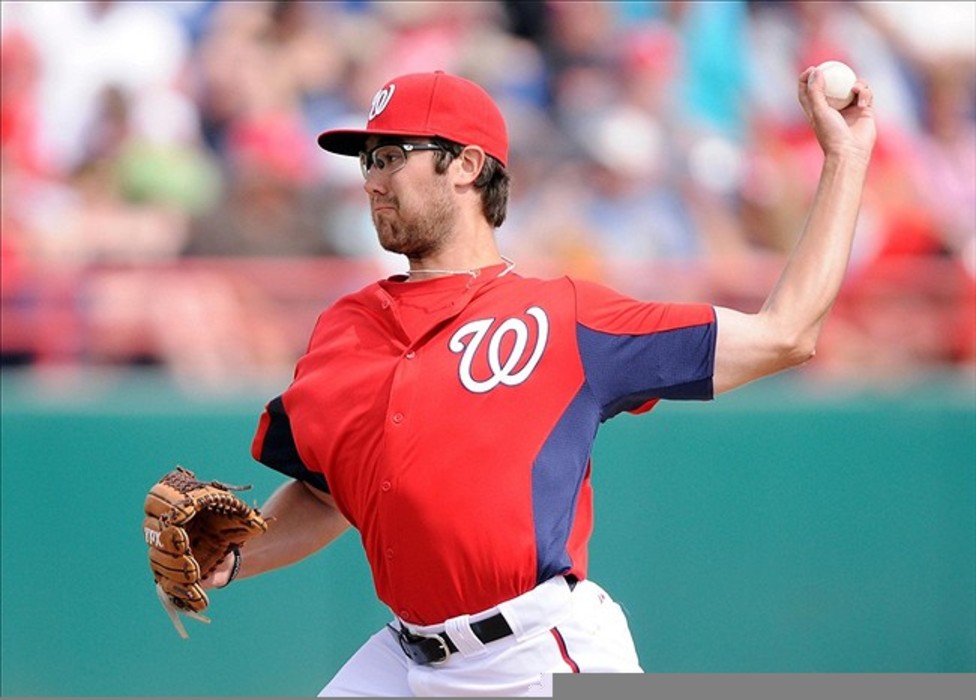 Purke's teammates and fellow Nats' prospects Matt Skole and Brian Goodwin were in the lineup on Thursday too and Robert Benincasa threw a scoreless inning in relief. Goodwin, a 2011 1st Round pick, was 2 for 4 with a run scored. Skole was 1 for 3 with a solo home run, a walk and a K. Benincasa threw a scoreless top of the ninth on 13 pitches, nine strikes, giving up a hit and recording one strikeout. Final score: Solar Sox 6, Javelinas 1.