Washington Nationals' 2011 1st Round pick Brian Goodwin has a .346/.393/.423 through six games in his second stint in the Arizona Fall League. The Nats' 23-year-old outfielder was the top outfield prospect in the organization before the 2012 season and is likely to repeat...

Share All sharing options for: Nationals' OF Prospect Brian Goodwin 1 for 4 In Mesa Solar Sox' 8-2 Loss

"He's got surprising pop in his bat," Washington Nationals' GM Mike Rizzo told reporters after taking Brian Goodwin out of Miami Dade College with the 34th pick of the 2011 Draft. "He's a plus plus runner, plus plus defensive player, we think he can hit at the top of the order and lead off. He's shown a propensity to have a high on base percentage, and he's a guy who's not afraid to take a walk and steal a base. He's your prototypical speedy, defensive, top-of-the-order center field prospect."

"He's a plus plus runner, plus plus defensive player, we think he can hit at the top of the order and lead off." - Mike Rizzo after drafting Brian Goodwin

In the sixth game of his second AFL stint on Saturday night, Goodwin went 1 for 4 with two Ks in an 8-2 loss to the Salt River Rafters. After striking out in his first two at bats, the outfielder, who started in center and led off for the Mesa Solar Sox, singled and stole second before he was stranded in the sixth. A groundout in his final at bat of the game left Goodwin 9 for 26 (.346/.393/.423) with two doubles, a walk, seven Ks and two stolen bases so far this fall.

Goodwin's teammate at Double-A Harrisburg and now in Arizona, Steven Souza, Jr., started in left for the Solar Sox and went 0 for 2 with two walks, two Ks, a stolen base and a run scored. In four games, the 24-year-old outfielder is 4 for 13 with a double, five walks, three Ks and six stolen bases. With the Solar Sox down 1-0 after fellow Nats' prospect Richie Mirowski gave up a run on two hits in the top of the seventh, Souza walked with one out and a runner on third, stole second and scored on a two-out, two-run double by LA Angels' prospect Jett Bandy. 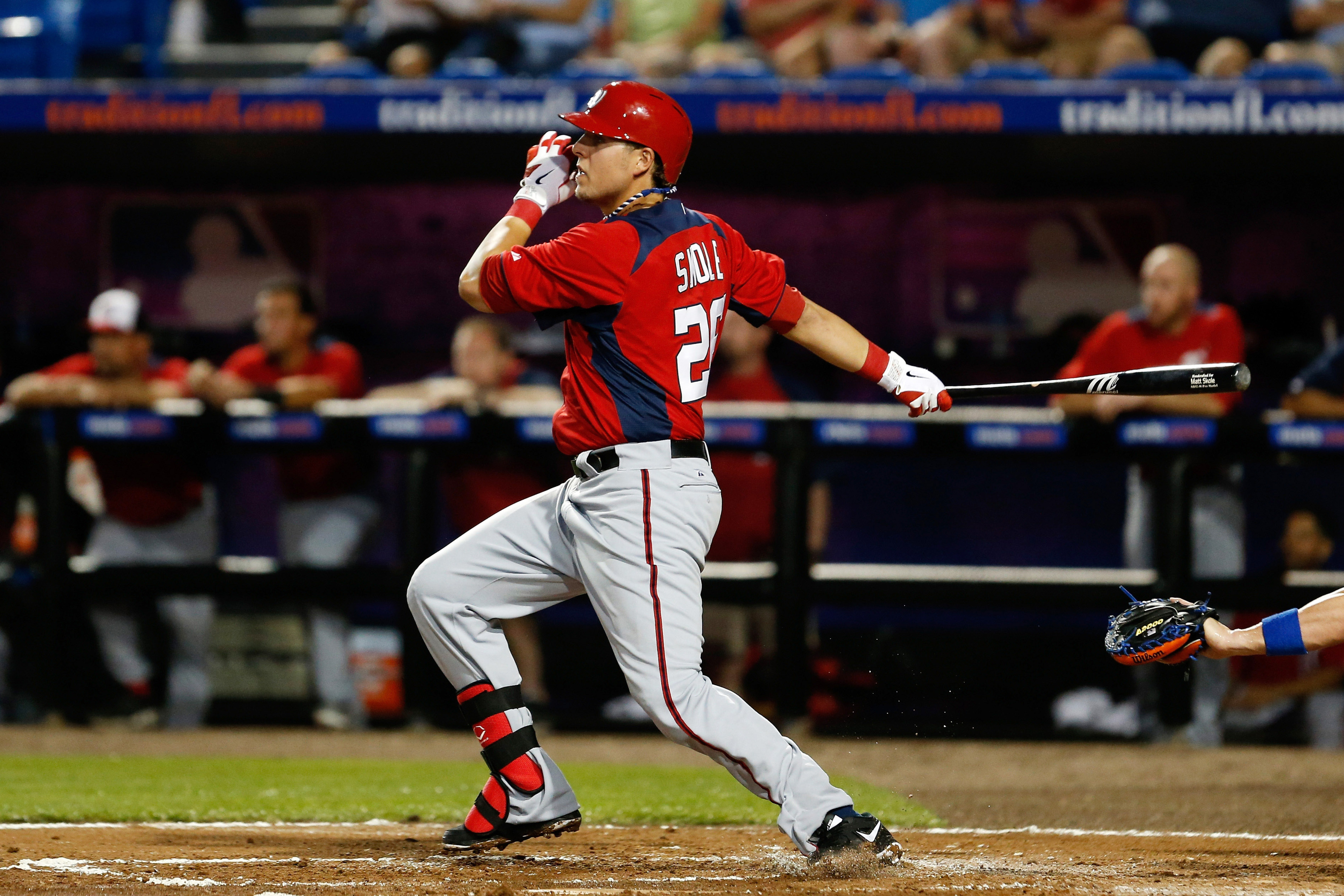 2012 Nats' 7th Round pick Robert Benincasa made Mesa's 2-1 lead hold up through eight innings, but a seven-run top of the ninth lifted the Rafters to an 8-2 win and handed the Solar Sox their second straight loss after a 7-0-1 start to the AFL season.