LA Dodgers' manager Don Mattingly said he wants to return to manage in Los Angeles if they want him there, but the possibility he might leave had some in D.C. wondering if the Washington Nationals would consider him if he were available...

MLB.com's Bill Ladson wrote in a Q&A on Tuesday that he expects the Washington Nationals to name their new skipper by the first week of November. Washington Post writer Adam Kilgore wrote on Monday that, "the Nationals could name their next manager as soon as this time next week," and noted that since the Nats hadn't yet reached out to rumored managerial candidate Cal Ripken, the likelihood of the Hall of Fame infielder, "... becoming an actual candidate for the job appears to be unrealistic, according to a person close to the situation."

"'Yeah, I love it here. I’ve always said that. I like being here, but I don’t want to be anywhere you’re not wanted...'" - Don Mattingly as quoted by LA Times' writer Steve Dilbeck

Nats' GM Mike Rizzo told reporters, including NatsInsider.com's Mark Zuckerman before the Nationals' season ended in late September that the decision on Davey Johnson's successor would likely be made early this offseason so that a new manager could have a say in any moves they made this winter.

So would the Nationals wait to see if Don Mattingly becomes available?

The LA Dodgers' 52-year-old, third-year manager, who led Los Angeles to the NLCS, caused a bit of a stir when he noted in a season-ending press conference on Monday that though his option for 2014 vested when the Dodgers won the NLDS over Atlanta, "'That doesn’t mean I’ll be back.'" With Dodgers' GM Ned Colletti seated nearby on the dais, Mattingly, as quoted by Los Angeles Times' writer Steve Dilbeck, went on to explain the difficult situation he found himself in managing on a one-year deal:

"'When you’re put in this position, the organization basically says, `We don’t know if you can manage or not,’ Mattingly said. 'That’s the position I’ve been in all year long. So that’s not a great position for me as a manager. That’s the way the organization wanted it last year. That’s fine. At this point it is, what it is.'"

Mattingly did go on to say, "'Yeah, I love it here. I’ve always said that. I like being here, but I don’t want to be anywhere you’re not wanted,'" and Colletti said the situation would be, "'resolved very quickly.'"

Mattingly, as Mr. Dilbeck noted, also said, "he wants his entire coaching staff to return," so the Dodgers' decision to fire bench coach Trey Hillman and scout Wade Taylor on Tuesday led to further speculation about Mattingly's future in LA.

It also led the Washington Post's Adam Kilgore to reach out to Mattingly's agent Ray Schulte to see if his client would consider managing in the nation's capital if things didn't work out in Los Angeles:

"'We’re hoping the Dodgers have a great conversation with Donnie and he continues to manage out there,' Schulte said. 'If that’s not the case, he’s aware that organizations like Washington and Chicago and Seattle would be great organizations, too.'"

The Nationals would have to request permission from the Dodgers if they wanted to talk to Mattingly, and the WaPost reporter noted there is no evidence they have done so. The Nationals have, of course, previously expressed interest during the manager search that followed Jim Riggleman's resignation, but they never interviewed Mattingly, who was then Joe Torre's bench coach in LA.

When there were rumors that Mattingly's job was in jeopardy earlier this season, CBSSports.com's Danny Knobler wrote that though reports of the manager being in danger of being fired were overblown, if he were to lose his job, the Nationals might be a destination for the former major league first baseman:

"People who know Nationals general manager Mike Rizzo say Rizzo is and has always been a Mattingly fan. The Nationals considered Mattingly as manager once before, according to sources, although they never officially interviewed him for the job at that point."

Could The Next Nats' Manager Be On The LA Dodgers' Bench? 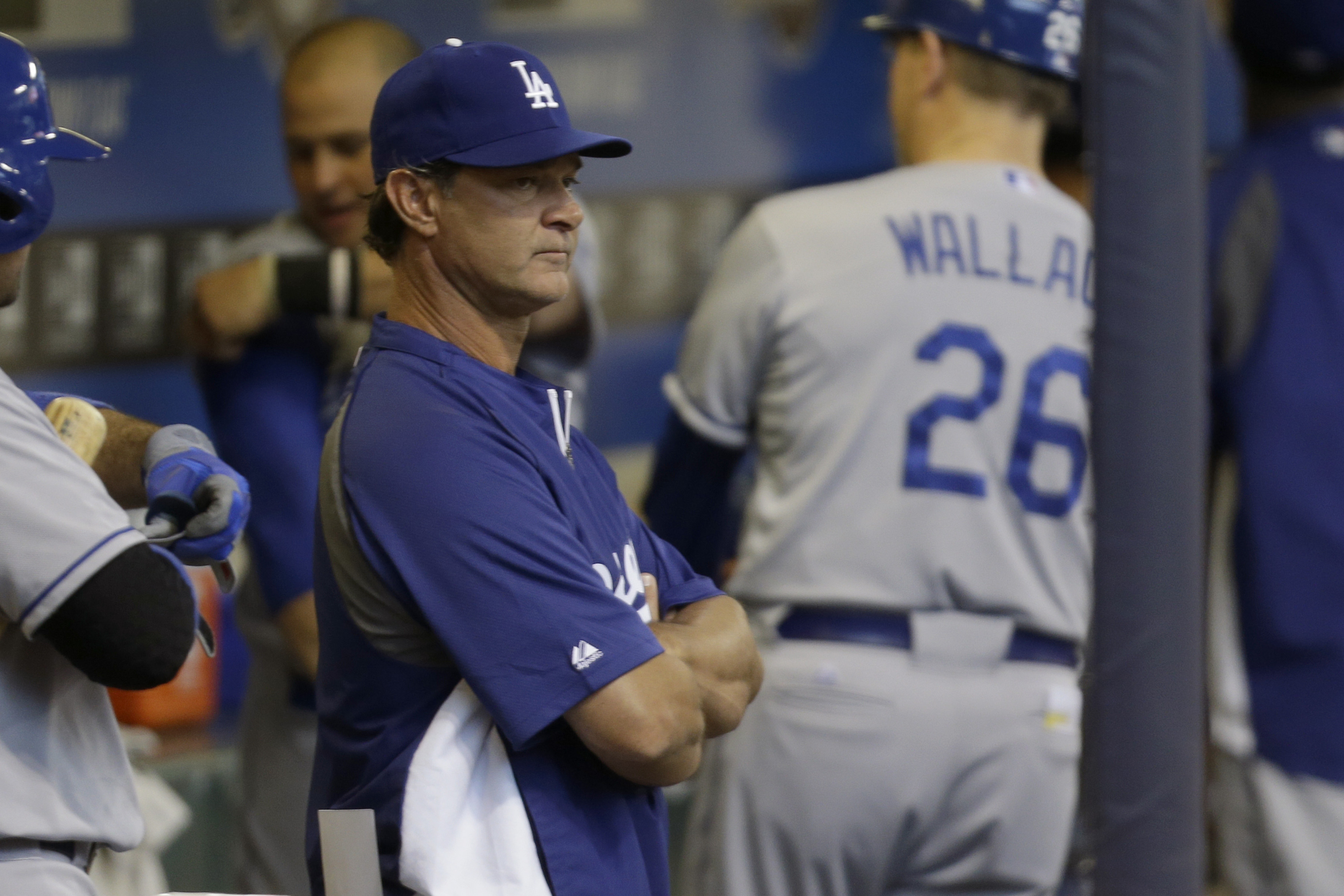 Mr. Knobler wrote then that from what he and his CBSSports.com colleague, Jon Heyman, were hearing at the time, "Both ownership and the front office are believed to strongly favor hiring a high-profile manager, rather than simply promote someone like Randy Knorr or Trent Jewett from Johnson's coaching staff." In recent weeks, several reports have said that Arizona Diamondbacks' third base coach Matt Williams had emerged as the leading candidate to become the Nationals' sixth skipper since 2005.

Will Mattingly return to LA? Can the Nationals afford to wait and see if they are interested in Mattingly?