Rawlings awards its Gold Gloves tonight in a ceremony that will be broadcast on ESPN2 at 8:00 PM EDT. Ian Desmond and Denard Span are the two Washington Nationals named finalists for the annual awards. Can either take home the Gold?

Washington Nationals' shortstop Ian Desmond is up against the Atlanta Braves' Andrelton Simmons and the Rockies' Troy Tulowitzki. Denard Span is a finalist amongst center fielders along with Pittsburgh Pirates' center fielder Andrew McCutchen and the Milwaukee Brewers' Carlos Gomez.

Tonight in a ceremony broadcast on ESPN2 at 8:00 PM EDT, Nats fans will find out if either of the two Nationals walk away with a Gold Glove for their defensive work in 2013.

"I’m gonna be honest with you — has a strong arm, hits for power, hits for average. He’s the total package." - Denard Span on Ian Desmond to MLB.com

Desmond committed 20 errors to Simmons' 14 and Tulowitzki's eight. Desmond's fielding percentage (fld%) was third amongst the finalists at .971 to Simmons' .981 and Tulowitzki's NL-best amongst qualified shortstop's .986 fld%. Desmond's +4.4 UZR (Ultimate Zone Rating) was also third-best amongst the finalists, behind Tulowitzki's +6.6 UZR and Simmons' NL-leading +24.6 UZR. Baseball-reference.com's RF/G (Range Factor per Game) has Desmond third as well at 4.30 to Tulowitzki's 4.64 and Simmons' 4.75... Does Desmond have a chance? It will be a mix of old and new school deciding the Gold Glove winners for the first time this season.

"The 2013 season marks the first season Rawlings formally incorporates sabermetrics as a component of the two Award platforms," a Society for American Baseball Research (SABR) press release last year noted. Rawlings teamed up with SABR for this year's awards and revamped the methods they use to pick winners of their Gold Glove awards.

The SABR Defensive Index (SDI™) developed for this purpose:

"He's made it look easy out there. He covered a lot of ground. Does great routes. Gets good jumps. Makes it a lot of times look easy." - Davey Johnson on Denard Span's defense

The seven member panel created by SABR was tasked with coming up with, "... a single measure of a player’s defensive performance that could be incorporated into the Rawlings Gold Glove Award selection process to complement the judgment of the managers and coaches, who continue to comprise a majority of the election system."

The SDI™ component that Rawlings and SABR added accounts for 30 votes, ".. or approximately 25 percent of the Rawlings Gold Glove Award selection process." It will be combined with the votes of managers and coaches who have traditionally chosen the Gold Glove Award winners.

So will the managers and coaches consider the sabermetric stats, or stay old school? The battle for the Gold Glove in center involving Denard Span could make for an interest race. Span went error-less in 2013 with a perfect 1.000 fld% in 1300 2/3 innings in the field in his first season in D.C. Carlos Gomez made five errors and had a .988 fld% this season. McCutchen made six errors and finished with a .982 fld%. 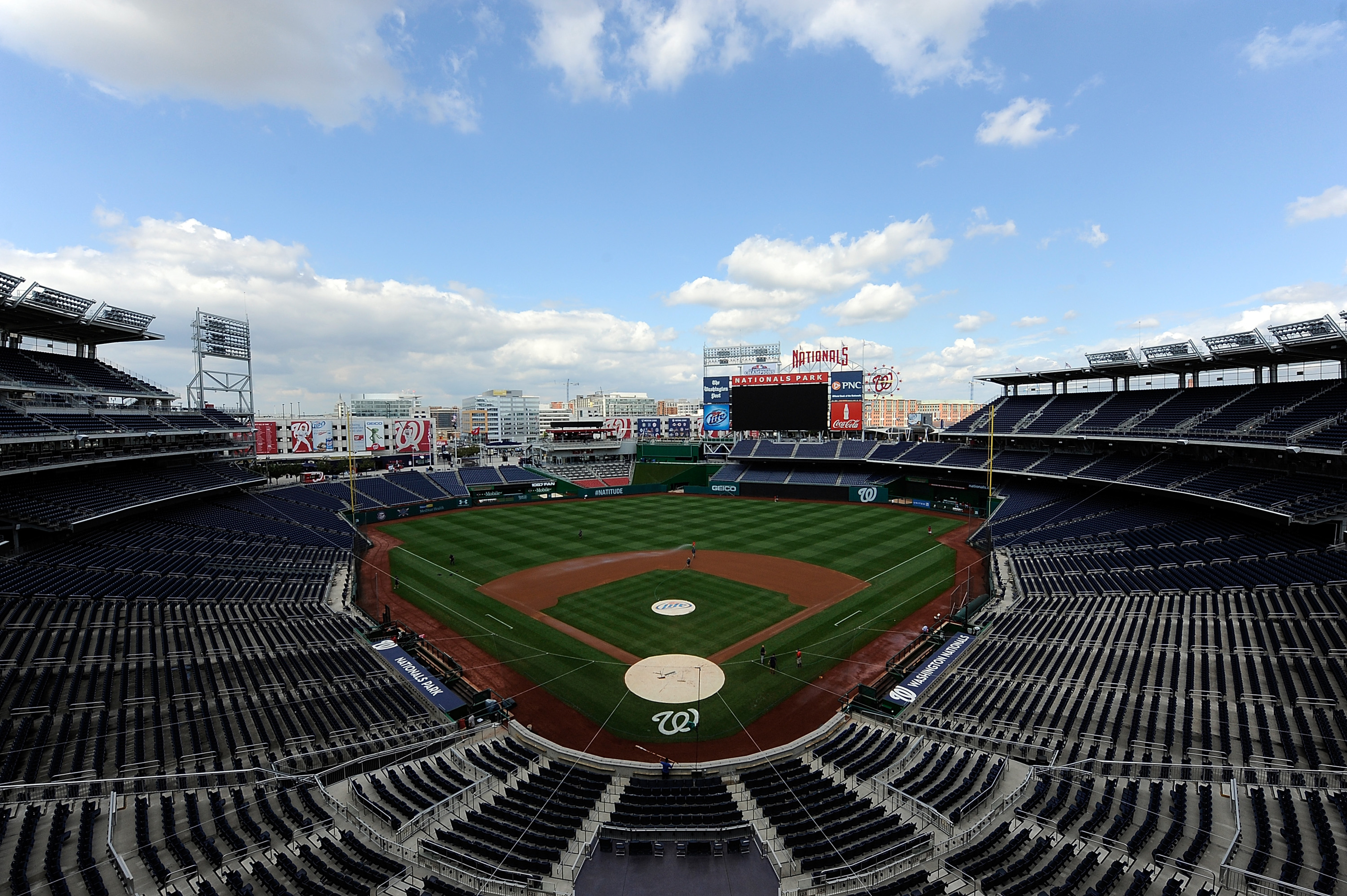 Span had five outfield assists. McCutchen and Gomez finished with 11 assists each. Gomez ran away with the UZR lead, finishing the season at +24.4 to Span's +10.2 and McCutchen's +6.9. Gomez had a 2.78 RF/G to Span's 2.51 RF/G and McCutchen's 2.14. So who takes home the NL Gold Glove in center? Who had the highest batting average?

Winners of the 2013 Gold Gloves will be announced tonight, starting at 8:00 pm EDT on ESPN2.