Nationals' GM Mike Rizzo On Matt Williams As Manager On 106.7 The FAN In D.C.

The Washington Nationals introduced Matt Williams as Davey Johnson's successor this afternoon. Nats' GM Mike Rizzo talked to 106.7 the FAN in D.C.'s Holden Kushner and Danny Rouhier about the hire after the official announcement was made.

Share All sharing options for: Nationals' GM Mike Rizzo On Matt Williams As Manager On 106.7 The FAN In D.C.

Washington Nationals' GM Mike Rizzo talked to reporters this afternoon about the decision to hire Matt Williams as the Nats' sixth manager then went on the air on 106.7 the FAN in D.C. to discuss the hiring with hosts Holden Kushner and Danny Rouhier. Williams, 47, replaces Davey Johnson, who took over on the bench in 2011 and guided the Nationals to the postseason in 2012 before a disappointing 2013 campaign ended his tenure as the skipper in the nation's capital. Williams, Rizzo explained to 106.7 the FAN's hosts, impressed during the thorough search for a new manager.

"He was extremely prepared, articulate and intelligent and I really liked what he brought to the table with his character, with his attitude and with his demeanor." - Mike Rizzo on Matt Williams On 106.7 the FAN in D.C.

"We had an exhaustive, very complete interview process," Rizzo said. "We had a lot of great candidates in. Several internal candidates who were very, very capable. Some external candidates were very capable. But Matt just showed with his playing days and the make-up that he showed as a player, and came into the interview process, he was prepared, intelligent. Knew the ballclub, knew the roster, knew the league, knew our minor league system very well. He was extremely prepared, articulate and intelligent and I really liked what he brought to the table with his character, with his attitude and with his demeanor."

Williams, a former 1st Round pick (1986) and a veteran of 17 seasons as a player, the last six of which took place in Arizona when Rizzo also worked with the D-Backs, brings an impressive resume as a player and coach and a reputation as an intense competitor with him, something the Nationals' GM said today played a role in the decision. "His playing days, I think he comes into that clubhouse [and] the players know that he has done it. He's gone through the same trials and tribulations that they have," Rizzo said. "He's won Gold Gloves, he's won Silver Sluggers, he's won World Series. So, I think that he goes into it with a respect factor already in place."

"He's won Gold Gloves, he's won Silver Sluggers, he's won World Series. So, I think that he goes into [the clubhouse] with a respect factor already in place." - Mike Rizzo on Matt Williams on 106.7 the FAN in D.C.

Noting that there are differences in demeanor, Rizzo explained that Williams does have a lot in common with the outgoing 70-year-old skipper who guided the Nats through the last two and a half seasons. "I think there are a lot of similarities," the General Manager said. "They're both going to be ultra-prepared. Matt's a very intellectual, broad thinker. He will implement sabermetrics and be aware of positioning and trends and that type of thing. He's going to be a great communicator. He's got a terrific energy and exuberance about him and he's got a toughness and a competitive streak that is second to none."

Rizzo said he saw signs that Williams might make a good manager during his playing days. "He was one of those guys that struck you, as several players have, they were kind of managers on the field as players," Rizzo said. "He was one of the leaders on the club. He led by example and also he was a vocal guy. He was one of the intense players in the clubhouse. And really, he and a handful of others guys on that club kind of ran the club."

"You always saw in him a guy that was fully-prepared as a player," Rizzo continued. "[He] was very team-orientated. He was a guy that was always team-first and personal statistics second. And he played with an intensity that led to show other players that, 'This is how to play the game.'"

"He was a guy that was always team-first and personal statistics second. And he played with an intensity that led to show other players that, 'This is how to play the game.'" - Mike Rizzo on Matt Williams on 106.7 the FAN in D.C.

The Nationals' GM said the team wasn't ready to discuss the make-up of the coaching staff, though he added he didn't anticipate a whole lot of changes. Bench coach Randy Knorr, who interviewed for the job as well, talked to Williams according to Rizzo and had some "good conversations." Both Knorr and pitching coach Steve McCatty are expected to return.

Williams and Knorr are planning to meet up at the Arizona Fall League to talk and watch the Nats' prospects who are competing there. Williams managed in the AFL in 2012, guiding several Nats' prospects to the championship game. It was one of two managing experiences the former major leaguer has on his resume, but Rizzo said today he wasn't concerned about Williams' lack of experience as a skipper. 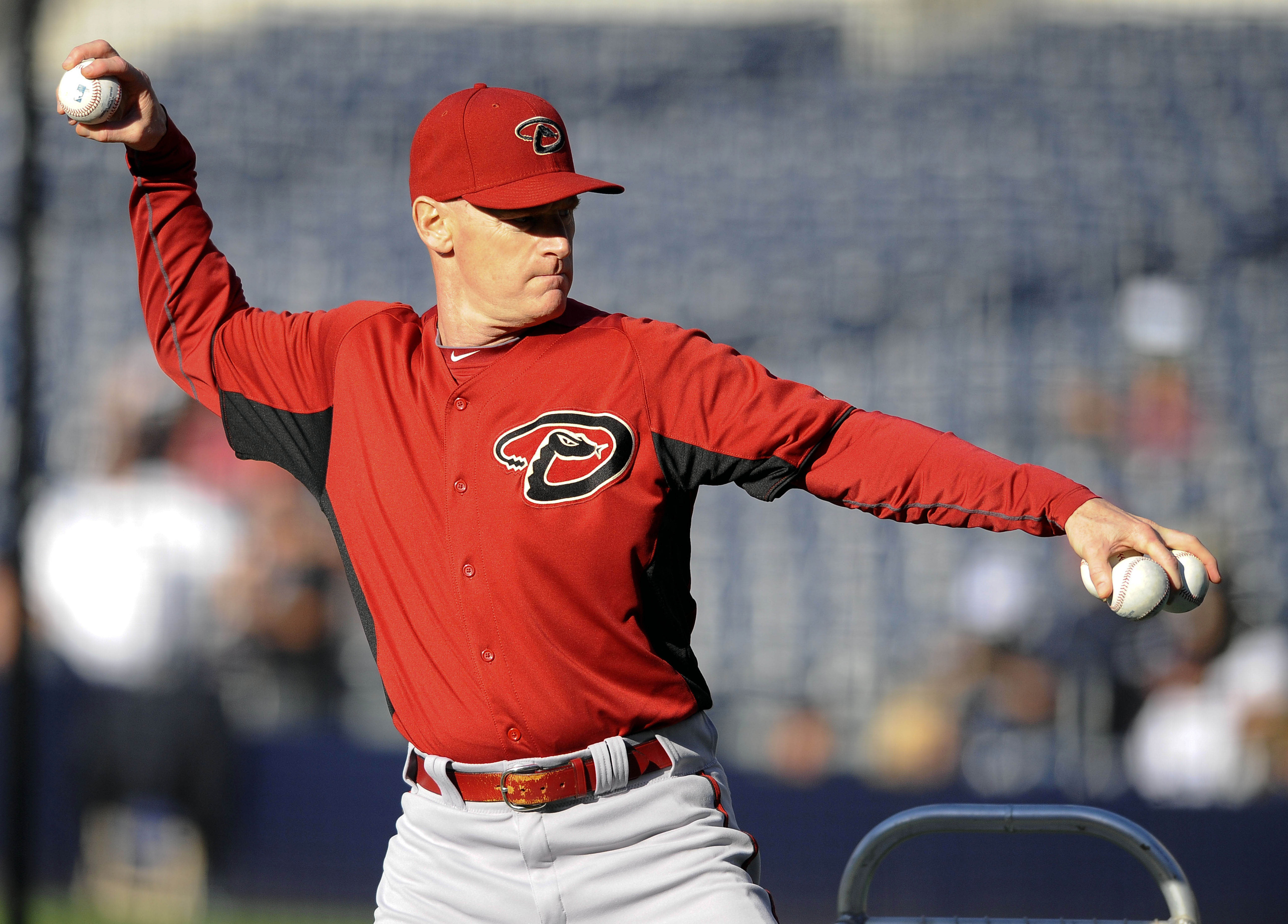 "I was comfortable with the decision," Rizzo said. "I was really impressed by Matt's preparation and the way he conducted himself in the interview. I think he's ready to manage in the big leagues. I think he's ready to take us to the next level, but he's never managed in the big leagues. But that can be said [about] a lot of successful managers and guys [who] have won World Series. So, I think there's a whole lot of positives that go into this decision. We really like the fit that Matt brings to the club. And we think that he's going to bring an energy and an exuberance to the baseball team that could take us to the next level."

The Nationals will formally introduce Williams in a press conference at Nationals Park at 2:00 PM EDT on Friday afternoon.

• LISTEN TO MIKE RIZZO WITH 106.7 THE FAN IN D.C.'s HOLDEN KUSHNER AND DANNY ROUHIER HERE.