The Washington Nationals have expressed interest in Joe Girardi as a manager before and according to a report out of Chicago this morning, the Nats have requested permission to interview the New York Yankees' 48-year-old skipper whose contract in NY is up in late October.

Washington Post writer Adam Kilgore wrote this week that the Nationals had spoken to bench coach Randy Knorr about setting up an interview as they go about finding Davey Johnson's successor on the bench in the nation's capital. The WaPost reporter said Knorr, "... will interview for Washington’s vacant managerial position 'soon.'" Knorr, the Nats' bench coach for each of the past two seasons is one of several candidates rumored to be under consideration to become the Nationals' sixth manager. "People close to the Nationals suggest Knorr appears to be the leading candidate," the WaPost reporter added in the report.

"Rizzo has a high opinion of Girardi. At least he did three days ago." - Washington Post writer Thomas Boswell in recent chat

Mr. Kilgore's colleague, Washington Post writer Thomas Boswell discussed the manager search too in a recent chat with readers in which New York Yankees' skipper Joe Girardi's name was thrown out as a possibility. "[Nationals' GM Mike] Rizzo has a high opinion of Girardi," the WaPost reporter wrote.

Girardi managed the then-Florida Marlins in 2006 before moving on to New York where he's managed the Yankees he played for four years of his 15-year MLB career to one World Series title in 2009. Over six seasons in NY, the 48-year-old manager is 564-408 as the Yankees' skipper. Girardi led the Yankees to an 85-77 record this season as they fell short of making the seventh straight postseason appearances under his guidance.

The Nationals and Girardi reportedly discussed the possibility of bringing the former major league catcher to the nation's capital in 2006. Washington Post writer Barry Svrluga reported at the time that Girardi met with then-GM Jim Bowden and then-team president Stan Kasten before taking his name out of consideration for the job in D.C. He'd go on to replace Joe Torre on the bench in NY. 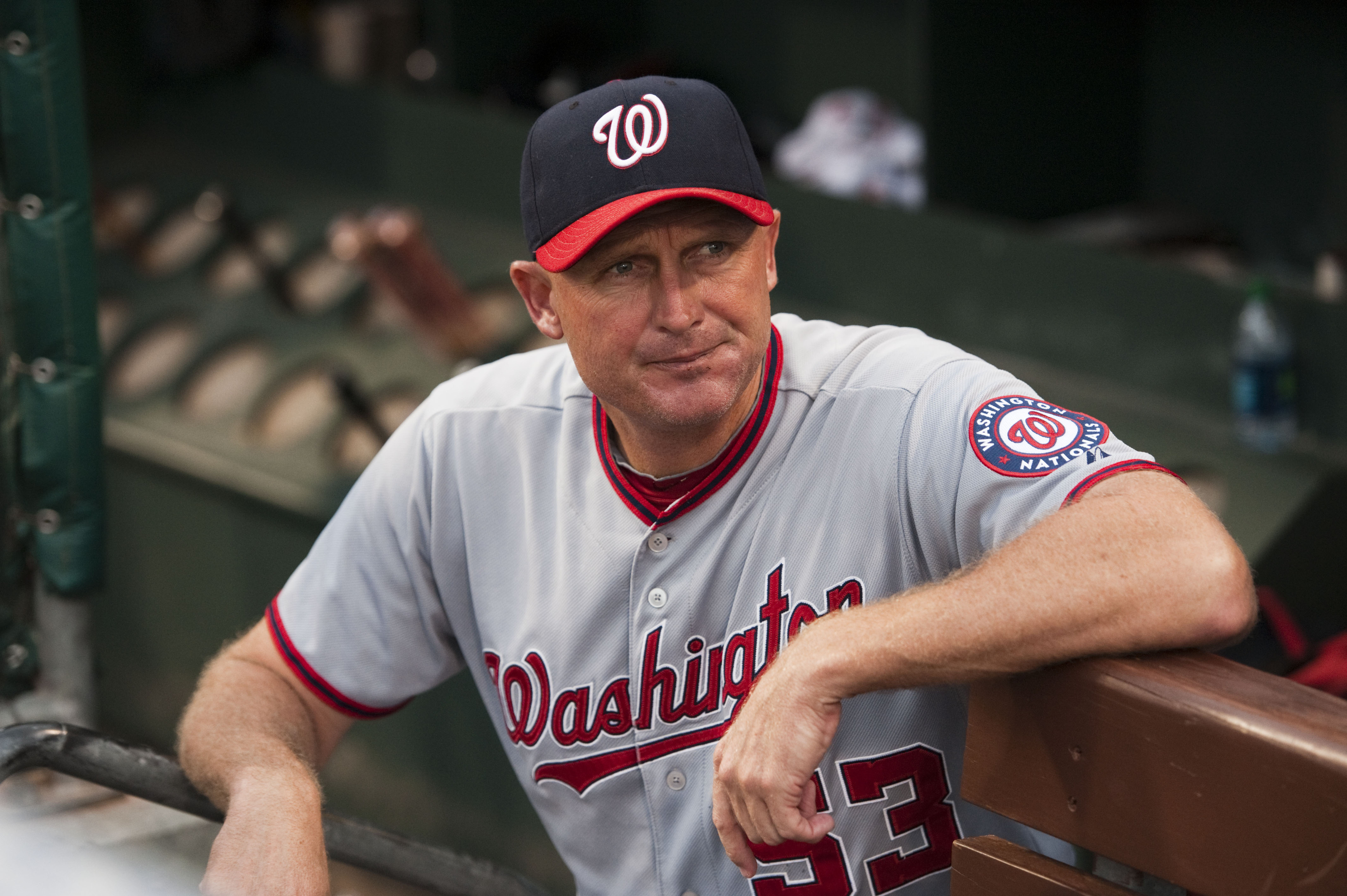 "'I was very impressed, very impressed with Jim and Stan, the organization, the new stadium, the Lerners,'" Girardi told the WaPost reporter. "'I think it's a great ownership group, and the situation is going to be very good. I think it's a wonderful job. But I think I came to the conclusion at this time that it's not the right move for my family.'"

With Girardi's contract in New York up at the end of October, the veteran major leaguer and major league manager is reportedly considering leaving New York. He told reporters including the Newark Star-Ledger's Andy McCullough this week that his family will once again be the chief consideration in deciding where he manages in 2014:

A report out of Chicago this morning, where the Cubs are also reportedly pursuing Girardi after relieving Dale Sveum of his duties on the bench, the Nationals have requested permission to interview Girardi again:

**Girardi Update** I have learned that Washington Nationals have requested permission to interview Joe Girardi. Reds may be calling shortly.