Evan Habeeb, a photographer for USA TODAY Sports, captured this image of Washington Nationals' outfielder Denard Span the moment after he made a game-saving catch against the San Francisco Giants in an August 14th game in the nation's capital.

Jordan Zimmermann gave up just one run on six hits in seven innings pitched against the San Francisco Giants in the Washington Nationals' August 14th game in the nation's capital. The Nats were in the midst of a four-game win streak which followed a disappointing three-game sweep at the hands of the Atlanta Braves. Zimmermann left the game after seven with the Nationals up 6-1 on the defending World Series Champs, but the Nats' bullpen faltered with Ian Krol giving up a massive solo blast by Brandon Belt and Ryan Mattheus giving up three hits and two earned runs before Nationals' manager Davey Johnson went to the pen for Tyler Clippard, who got two outs and preserved what was left of Zimmermann and the Nats' lead, 6-5.

"I didn't think he was going to get to it. He kind of put it in another gear and then full-out leap." - Davey Johnson on Denard Span's catch

Davey Johnson was not happy that his bullpen forced him to go to Clippard by blowing a big lead and turning the game into a nail-biter. "I had a bad feeling when I brought Mattheus in," Johnson said, "I was thinking -- I told [Steve] McCatty, 'I'm going to have to get Clipp up, I've just got a bad feeling.' Well he said, 'Let's wait a hitter.' And BOOM, BOOM, BOOM. It was almost too late."

Washington failed to add any runs in the top of the ninth, so 33-year-old closer Rafael Soriano came on looking for his 31st save of the season. Hector Sanchez singled to start the Giants' ninth, took second one out later on defensive indifference, and third on a groundout before scoring to make it a one-run game on an RBI single by Belt, who took second on a throw home on the hit. Hunter Pence stepped in next with the tying run in scoring position and lined an 0-1 slider to left-center toward the #NATITUDE wall in front of the Red Porch seats.

Nats' center fielder Denard Span started from the right side of second base, sprinted across the outfield and made a leaping catch at the edge of the warning track to end the game and send the crowd in Nationals Park in to a frenzy. 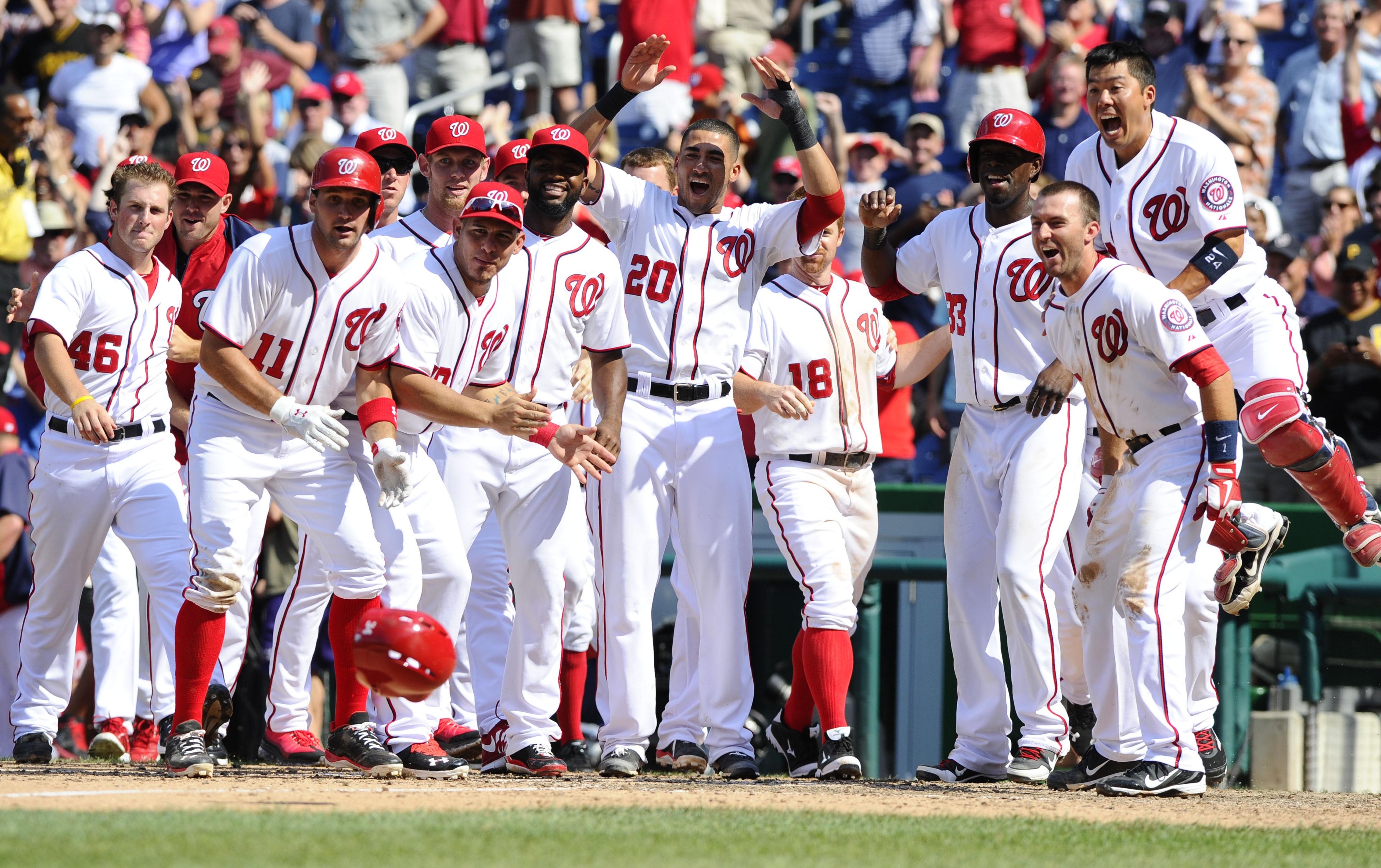 "I didn't think he was going to get to it," Davey Johnson told reporters after the game. "He kind of put it in another gear and then full-out leap." Span's catch preserved the lead and helped the Nationals to their fifth straight win.

"He's made it look easy out there," Johnson added, "He covered a lot of ground. Does great routes. Gets good jumps. Makes it a lot of times look easy."