Nationals Rumors: Will The Nats Make A Run At The Rays' David Price?

There is still some talk about the Washington Nationals pursuing David Price this winter, as unlikely a possibility as that might seem. Will Nats' GM try to put together the kind of package it will take to get the 28-year-old lefty away from Tampa Bay?

Share All sharing options for: Nationals Rumors: Will The Nats Make A Run At The Rays' David Price?

ESPN.com's Jayson Stark wrote this weekend about what he described as, "an interesting wrinkle in the structure," of the contract lefty David Price signed with Tampa Bay last winter. "Price signed a one-year, $10.1125 million deal last January," Stark noted, "but $4.1125 million of it was wrapped in a deferred signing bonus that isn't payable until next year." So, he wonders, could the Rays work out a deal that has the team that acquires the 28-year-old, one-time Cy Young Award-winner paying the deferred money and giving a "slightly lesser prospect" in return?

"'We could certainly fill from within. I don’t think it’s a necessity to go outside the organization, either in the free agent market or in the trade market.'" - Nats' GM Mike Rizzo to NatsInsider.com's Mark Zuckerman

The assumption all along has been that it's going to take a package of top prospects to pry Price away from the Rays. Any team acquiring Price would, therefore, likely want to be sure they could work out a long-term deal for the left-hander, who is under team control for two years, as Boston Globe writer Nick Cafardo wrote a few weeks back in sizing up the market for Price if he is going to be dealt. Tampa Bay Times' writer Marc Topkin suggested last week that the $13M Price is likely to receive in arbitration this winter and his pending free agency in 2016 could motivate the Rays to deal the lefty.

"'We certainly now again have the depth to go out and acquire a player via the trade market.'" - Mike Rizzo to Washington Post writer Adam Kilgore in September

Cafardo, whose source[s] and comments have kept the rumors of interest in Price on the Washington Nationals' part alive, (though others like MLB.com's Bill Ladson have quoted sources who have said the Nats will be players), suggested something like CC Sabathia's 7-year/$161M contract as a template for what it would take to sign Price and make any deal that includes a team's top prospects worth it.

The Boston Globe reporter wrote in early October that the Nats, "... have players to give up, as well as the resources to sign Price, who would then team with Stephen Strasburg, Jordan Zimmermann, and Gio Gonzalez to form a pretty tough rotation." In a follow-up from the GM Meetings earlier this month, Cafardo wrote that though Nats' GM Mike Rizzo believes the core of the Nationals' roster will rebound in 2014, "Rizzo is going to have to make that happen. The Nationals have the chips if they want to do something dramatic, such as trade for Tampa Bay’s David Price."

The Nats' general manager reiterated this weekend in an interview with MLB.com's Bill Ladson that he thinks the Nationals have the depth in-house now to fill out the rotation. "'Our rotation is good,'" Rizzo says at one point. "'We have much better depth in starting pitching than we had at this time last year.'"

Asked directly if the team had the prospects to make a deal for a pitcher, Rizzo tells MLB.com's Mr. Ladson that the Nationals have, "'...desirable assets in the Minor Leagues. We also have young Major League talent,'" and other teams he's talked to, "'... like our players, our depth.'"

"'We are certainly not short of talent to make a trade, if we wanted to make a trade,'" Rizzo says, before adding that, of course, "'Anything we do has to make sense for us, not only for this year, but for the long haul.'"

Washington Post writer Adam Kilgore wrote last week in an update on Washington's pitching search that the Nats wouldn't include Anthony Rendon in a deal for Max Scherzer, who becomes a free agent after 2014 or trade Lucas Giolito to the Cubs as part of a package for Jeff Samardzija, though he did write that he thought they, "... may consider Rendon as part of a package for Price," before adding that, "...rival teams in pursuit of Price would likely be able to outbid the Nationals’ offer for Price."

2B Battle: Rendon vs Lombo vs Espi 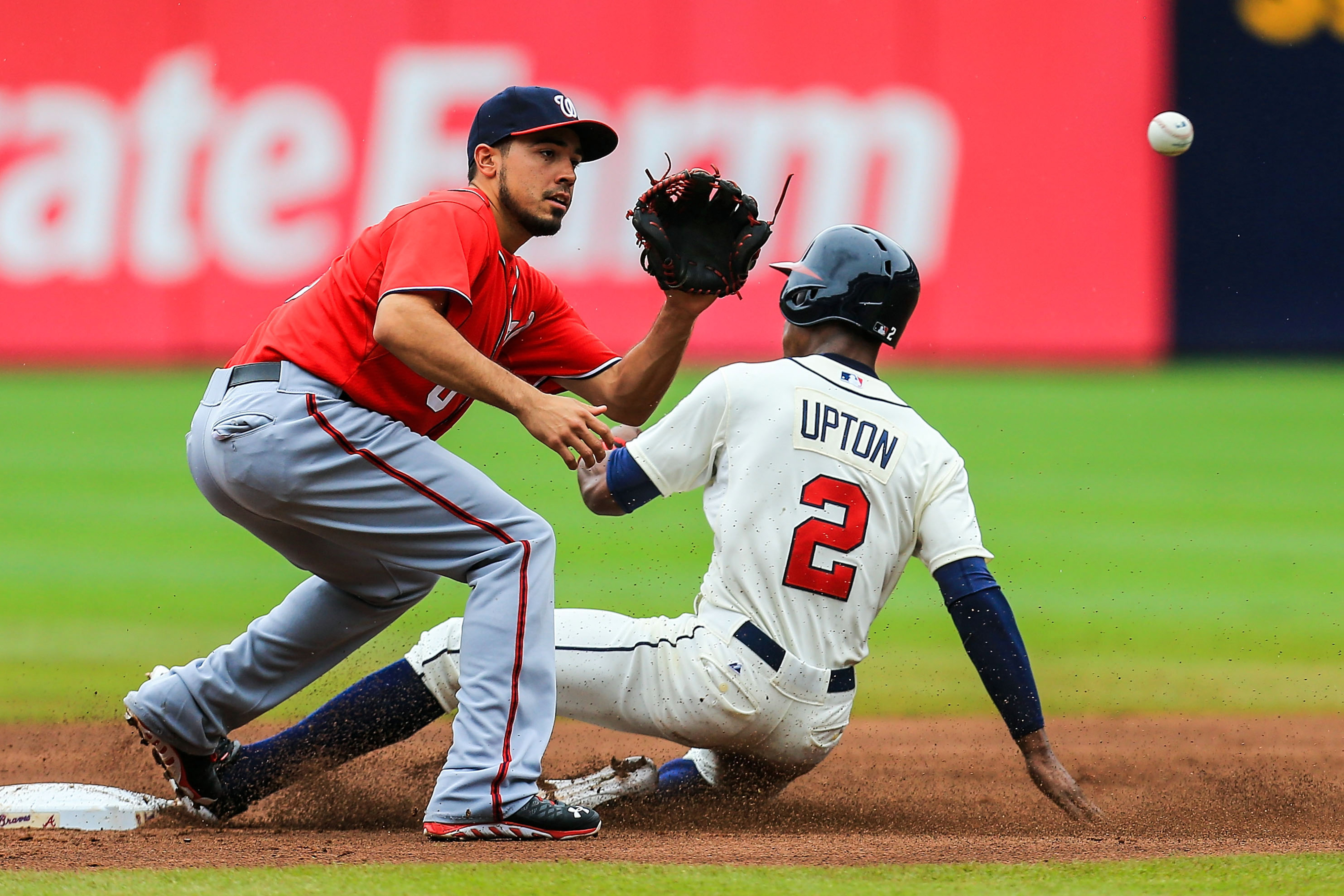 The Boston Globe's Nick Cafardo still seems to think Rizzo will do something big. He listed the Nationals as one of three teams to keep an eye on in the next few weeks along with the Texas Rangers and Detroit Tigers, asking if the Nats could, "...be a big player for Jacoby Ellsbury," and writing that, "[t]hey are certainly going to weigh in on David Price." Can the Nationals' GM put together a competitive package for Price without once again depleting the organizational depth or creating holes at the major league level?