Trade Adam LaRoche and move Ryan Zimmerman to first? Put Anthony Rendon back in his "natural" position at third. Sign a new second Baseman. Trade Ian Desmond...? In spite of the chatter, it seems likely that the the Nationals' 2014 infield will have familiar faces.

Share All sharing options for: Nationals Rumors: Nats' Infield Appears Set In Spite Of The Chatter

"We saw him, at the end of last year, get back to being comfortable throwing the baseball across the diamond." - Matt Williams On ESPN980 On Ryan Zimmerman

Williams, the Washington Nationals' new manager, said in the interview that he understood what the Nats' 29-year-old infielder was dealing with when it came to Zimmerman's throwing issues and his surgically-repaired right shoulder this past season.

"Certainly it's well-documented about his shoulder surgery last year and having surgery as a player you understand that it takes about a year to get back to where you want to be," Williams said. "We saw him, at the end of last year, get back to being comfortable throwing the baseball across the diamond. He had arm strength. From a defensive skill-set, he's one of the best in the game."

On the offensive end, Zimmerman's power returned late as well, with the '05 1st Round pick hitting 11 of his 26 HRs in September/October over the last 26 games of his ninth major league season. In spite of all the chatter about moving Zimmerman across the diamond at some point in the near-future, his defensively-focused manager didn't sound like it was part of the team's plans for 2014.

• LISTEN: Thom Loverro and Tim Shovers Talk To Matt Williams On The Dugout.

"'I knew that as his shoulder was rehabbing and getting better each and every day that he’d be the defensive guy that we’ve had in the past and hopefully we’ll have in the future,'" Rizzo said. So Zimmerman doesn't seem to be going anywhere...

"'I knew that as his shoulder was rehabbing and getting better each and every day that he’d be the defensive guy that we’ve had in the past...'" - Mike Rizzo on Ryan Zimmerman to NatsInsider.com's Mark Zuckerman

Rizzo didn't have much to say about continuing talk of an extension for Desmond, who will become a free agent after the 2015 campaign, (or Jordan Zimmermann, another extension candidate), when he spoke to MLB.com's Bill Ladson recently, telling the nationals.com beat writer simply, "'We've made overtures and we haven't had a deal done yet. That is as far as I can go with that.'"

The Nats' new skipper had nothing but praise for the Nationals' incumbent shortstop in his radio interview.

"Ian Desmond is one of the most athletic shortstops in the game and is a phenomenal player..." - Matt Williams on Ian Desmond on ESPN980

"Ian Desmond is one of the most athletic shortstops in the game and is a phenomenal player," Williams told ESPN980's Mr. Loverro. "So to get a chance to watch him on an everyday basis is going to be a lot of fun as well."

Though Rizzo, in his interview with MLB.com's Mr. Ladson last week, declined to name Anthony Rendon the 2014 Opening Day second baseman, he did, in spite of all the chatter about possibly dealing the 2011 1st Round pick this winter, state fairly clearly that the 23-year-old infielder would be in D.C. next season.

"'I can tell you he will be a National,'" Rizzo said, though he would not say specifically where Rendon would play.

Davey Johnson told 106.7 the FAN in D.C's The Sports Junkies in an interview late this season that unless Danny Espinosa or Steve Lombardozzi could somehow unseat Rendon, the lineup that took the field late in the 2013 season and helped the Nationals to a 34-20 finish in August/September would likely be back in 2014.

"He was actually learning at the major league level, how to play a new position and adjusting to the league and learning how to perform offensively in the big leagues." - Mike Rizzo on Anthony Rendon on 106.7 the FAN in D.C.

"It's a heck of a lineup," Johnson said.

Williams told ESPN980's hosts there's room for improvement with Rendon as impressive as the Nats' second baseman was as a rookie in 2013.

"Anthony certainly was changing positions from third to second," Williams said. "And there will be work to do with him regarding turning the double play, things of that nature, to get him more comfortable playing on that side of the diamond."

"And I've got history with Adam LaRoche," Williams said, making his way around the infield to first base and the player he coached in Arizona. "He was over here with the Diamondbacks. I watched him not only offensively have great years here, but defensively as well."

Rizzo has said before that he thinks the disappointing first year of LaRoche's 2-year/$24M deal with the Nationals was an anomaly that he expects the 34-year-old infielder to bounce back from in 2014.

Williams said that overall, as an outsider looking in, he was always impressed with the Nationals' defense. 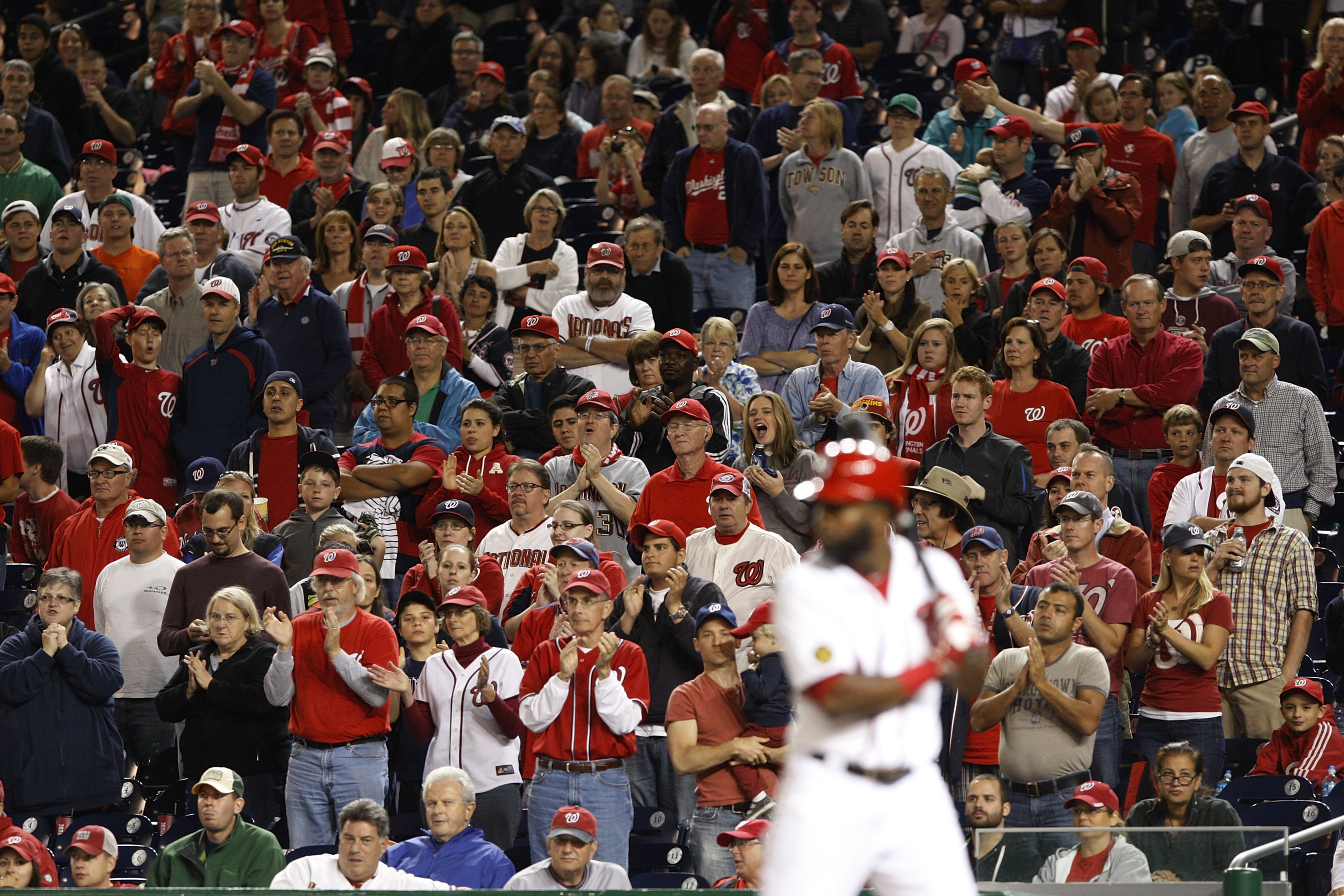 "I got a chance to stand out there coaching third and watch it up close and personal," Williams said.

Improving what he thinks is already a strong defensive team, the first-time skipper has explained since being hired, will be one of his main goals from the start in his first Spring Training as a manager.

"I think if we just put emphasis on it," Williams said. "That this is the way we're going to go about it and it's going to be important to us to play good defense all around, not only just the infield, but the outfield and the catching aspect of it as well, then it's important to us and we're going to take pride in it and work on it and do those things that will allow us to win more games."