No surprise, but the Washington Nationals declined to make qualifying offers to either of their free agents-to-be, Dan Haren or Chad Tracy. Both will hit the free agent market at the stroke of midnight. Neither is expected to return to D.C. in 2014.

"I understand that teams had concerns," Haren told reporters, "otherwise I probably would have gotten a 3 or 4-year deal..." - Dan Haren after signing with Nationals last winter

A DL stint in 2012, the first of his career, and what some interested teams saw in his medical records raised questions about his health and in his mind cost the then-10-year veteran the multi-year deal he thought he might find.

"I understand that teams had concerns," Haren told reporters, "otherwise I probably would have gotten a 3 or 4-year deal, but that said, I think I have a lot to prove this year. Very confident I'm going to stay healthy. I feel great right now."

Steven Souza, Jr. (@StevenSouzaJR) has been added to the #Nationals 40-man roster, while Dan Haren and Chad Tracy have become free agents.

Haren wasn't able to stay off the DL, however, though he told the Washington Post's Adam Kilgore today, "My DL stint was mental, not physical, and everyone knows that." For the second time in his career and the second time in two years, the right-hander landed on the DL with what was diagnosed as shoulder inflammation after a rough first-half of the season in D.C.

"My heart says I probably won’t be back. I haven’t lived up to what I was paid to do and what I came here to accomplish..." - Dan Haren to MLB.com's Bill Ladson

"'My heart says I probably won’t be back,'" Haren said. "'I haven’t lived up to what I was paid to do and what I came here to accomplish, despite the last two or three weeks. The majority of the season has been a struggle for me.'" 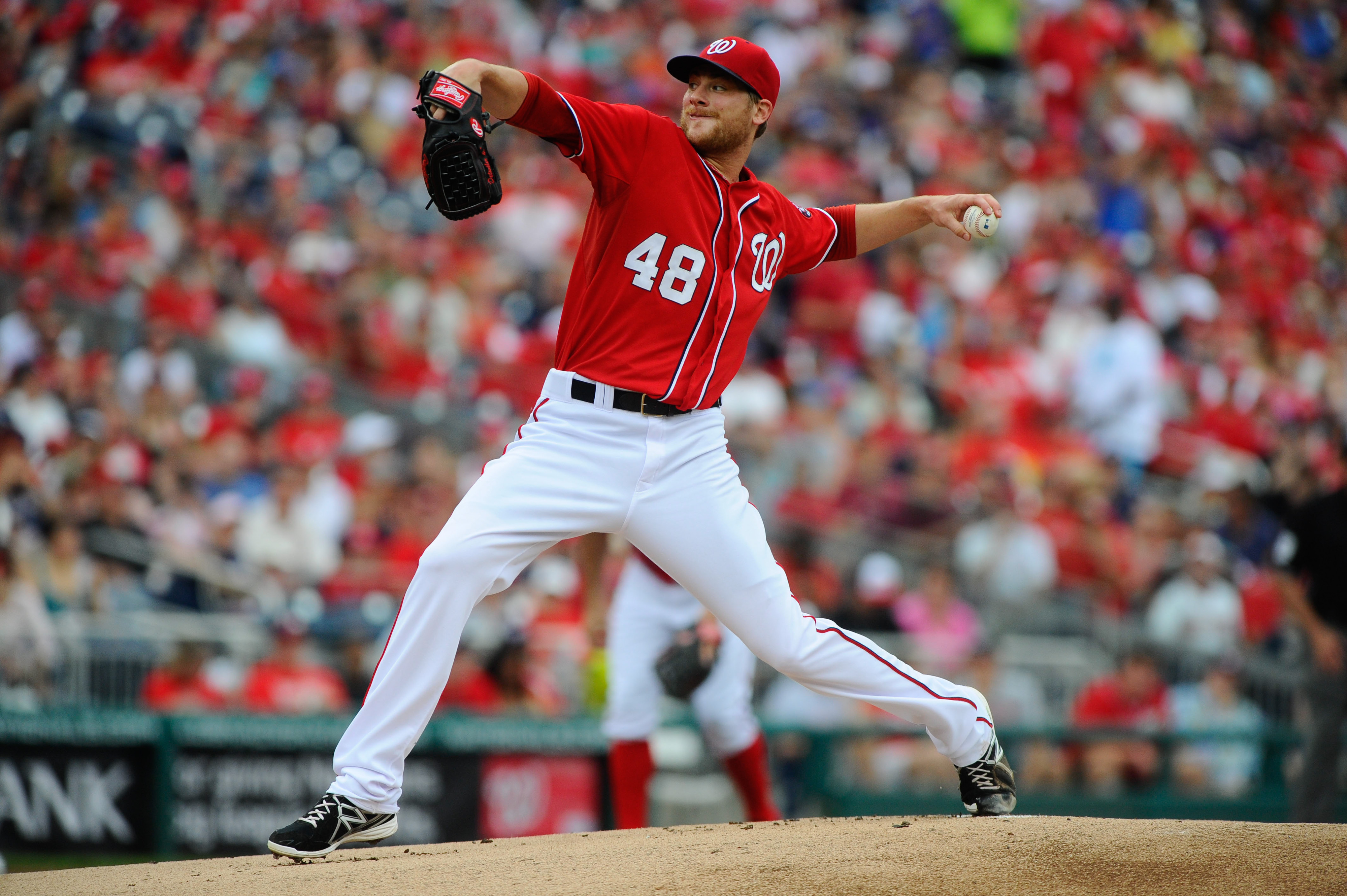 Haren and veteran bench bat Chad Tracy are the Nationals' only two free agents. Neither is expected to return to Washington in 2014.

The Nats are giving out no qualifying offers. Dan Haren hasn't heard from the Nats. No surprise. Chad Tracy is their only other free agent.