While one report out of New York listed Washington as a team with interest should Robinson Cano end up signing with someone other than the Yankees, no one out there seems to think there's much chance Cano leaves his home for the last nine seasons. Are the Nationals interested in Rafael Furcal?

Share All sharing options for: Nationals Rumors: From Robinson Cano To Rafael Furcal

While reporting on the New York Yankees' ongoing negotiations with 31-year-old free agent infielder Robinson Cano and noting that no other team, "...has publicly declared a strong interest in the second baseman," New York Post writer Ken Davidoff listed Washington, Detroit, Seattle and Texas as teams that have, "...appeared as possible suitors for Cano." According to Mr. Davidoff's sources, Cano's representatives and the Yankees continue to talk but remain about $100M apart in the discussions, with the player's side seeking a 9-year/$250-260M deal and the team countering with an offer of, "...a seven-year deal for between $160 million and $175 million."

"Other teams that appeared as possible suitors for Cano include Detroit, Seattle, Texas and Washington..." - New York Newsday's Ken Davidoff on Saturday

Washington Post writer Adam Kilgore ran through the arguments for and against the Nationals pursuing Cano in an article last week and ESPN writers Buster Olney, Jayson Stark and David Schoenfield all considered the possibility, suggesting corresponding moves that could be made to make room in the Nats' infield, but all of the articles note that the most likely outcome this winter has Cano returning to New York for a tenth season in the Yankees' organization. ESPN.com's Mr. Olney listed the Nationals as a potential suitor as far back as August, mentioning a run at Cano as, "... one of the very few ways the team can turn the page on the mess of 2013 and markedly improve the club for 2014."

The Nationals could then, according to the different scenarios presented in the articles, trade Adam LaRoche to a team that needs a first baseman; trade Anthony Rendon as part of a package for a starter, or, as the WaPost's Mr. Kilgore suggested, move the 23-year-old, 2011 1st Round pick into a bench role for now as LaRoche plays out the second year of his two-year deal in D.C. Ryan Zimmerman could move to first either this year if LaRoche is dealt or next year in the scenario suggested by Mr. Kilgore, which has Rendon as a reserve for one season. Rizzo and new Nats' manager Matt Williams have, of course, talked all along as if the Nationals' infield is already set for 2014.

Most of the Cano chatter seems to be based solely on the fact that the Nationals are one of the few teams that could actually afford the kind of contract that's being discussed for Cano coming off his .314/.383/.516, 41 double, 27 HR, +6.0 fWAR 2013 campaign. Mr. Olney writes that the Lerners, "will always have the financial clout to get involved in anything." Mr. Stark says that Nationals, "have numerous dollars in the checking account to blow up the headlines with a move like this."

When Nats' GM Mike Rizzo has talked about potential offensive additions for 2014, however, he's focused mostly on adding bats to the Nationals' bench.

"We need to straighten out our bench,'" Rizzo told MLB.com's Bill Ladson in a conversation with the reporter last week. "'And have some guys that can contribute not only in pinch-hitting roles and short stints, [but as everyday players if a key guy is injured for a long period of time]."

"'As we adjusted the bench later on during the season, it became more functional.'" - Nats' GM Mike Rizzo to MLB.com's Bill Ladson

One possible option being considered for the Nationals' bench according to a report by ESPN.com's Enrique Rojas on Saturday night, which lists Washington as a team with interest, is 36-year-old, 13-year veteran Rafael Furcal, who missed the entire 2013 season after tearing the ulnar collateral ligament in his right (throwing) elbow. Furcal himself is quoted in the article listing the Nats as a team that has expressed interest (as translated by Google):

"'Many teams have shown interest. Boston, Marlins, Mets, Washington, Pittsburgh and Colorado are concerned, among others,' Furcal, who spent the Thanksgiving holiday at the home of his in-laws in the area of ​​Orlando said."

Furcal says in the article that he would consider a move to a position other than short for a contender, but he tells ESPN.com's Mr. Rojas that he'd like to sign somewhere that promised significant playing time.

Nats' Infield Appears Set In Spite Of The Chatter 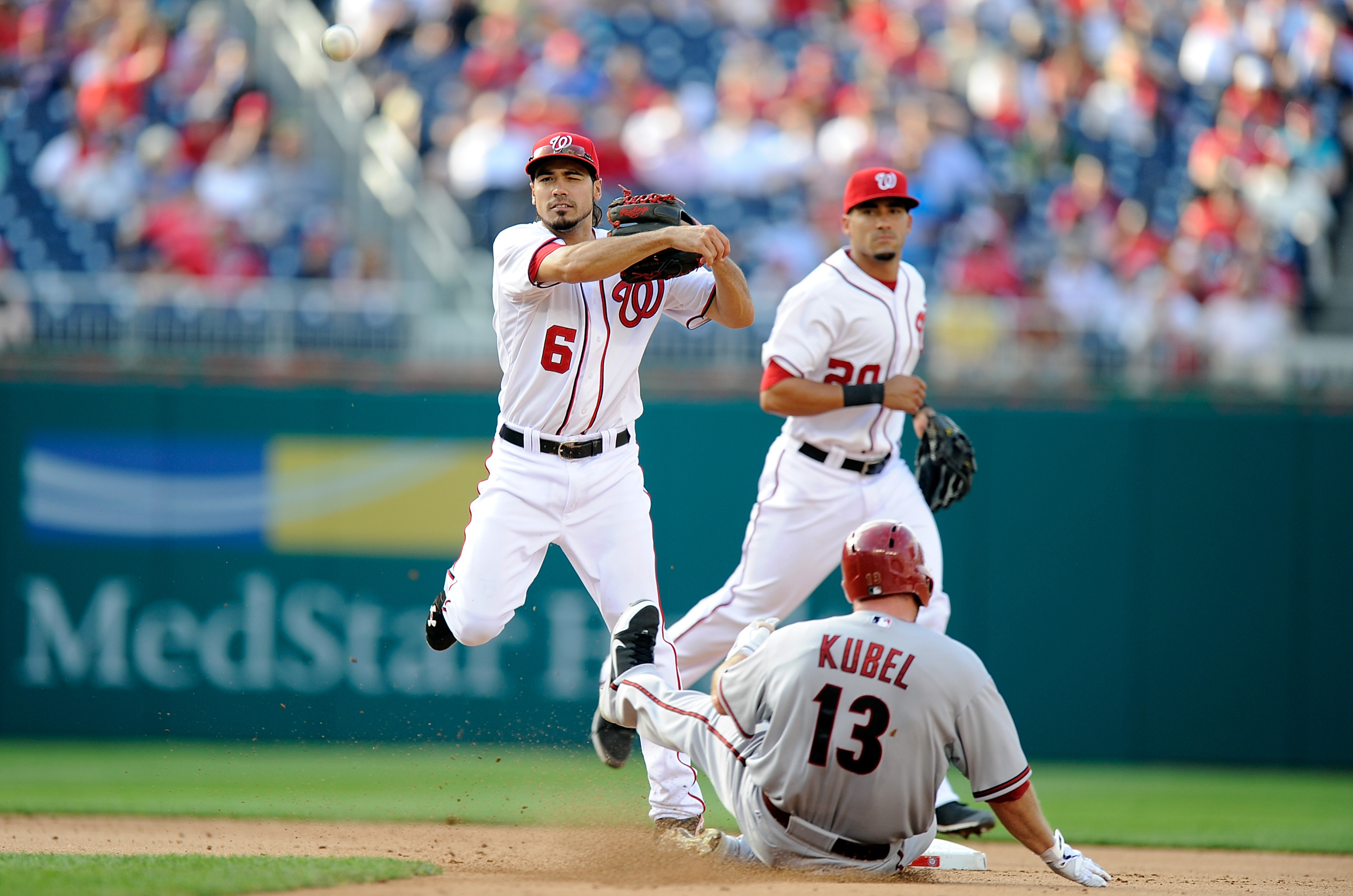