After a rough start to his first season in D.C., Washington Nationals' leadoff man Denard Span put together a strong run at the end of the 2013 campaign and showed his GM that he could be the player the Nats thought they acquired from the Minnesota Twins last winter.

In running down the list of Washington Nationals' players being talked about recently as potential trade targets for other teams that weren't likely to get dealt, Nats' GM Mike Rizzo told reporters, including the Washington Post's beat writer Adam Kilgore today, that most of the chatter out there this week is just what he called "lobby talk" and, "'...there’s been actually no offer, no trade scenario that’s official that included [Tyler] Clippard or [Drew] Storen. Or [Denard] Span.'"

"To Denard's credit, when he struggled offensively the first half of the season, he did not take it out to the field. He was an incredible defensive center fielder..." - Mike Rizzo on Denard Span on the MLB Network

Span's name hasn't come up in a while. CBSSports.com's Jon Heyman and nationals.com Nats beat writer Bill Ladson both wrote last month about hearing the Nationals might consider dealing the 29-year-old outfielder acquired last winter to serve as the Nats' center fielder and leadoff hitter.

"We thought that the player we saw in the second half of last season was the player that we traded for," Rizzo said in an MLB Network interview from the Winter Meetings on Tuesday night. "To Denard's credit, when he struggled offensively the first half of the season, he did not take it out to the field. He was an incredible defensive center fielder, showed range, angles and closing speed to get the balls. His top of the order presence, you could see, when he was performing we were winning and I don't think that's a coincidence."

"'Certainly you don't argue with Denard leading off. We think of him in that role. We have multiple options in the two hole, with the guys ‑‑ with the middle of the infield guys, certainly, either one of them.'" - Matt Williams on Nationals' 2014 lineup

"He sets the table for the big boys," the Nationals' GM continued, "the Zims, the Werths, the Harpers, the LaRoches and Desmonds of the world. And we feel that we have a good, long lineup, guys that could 1-8, almost every guy can take you deep. And we had, I think, five guys that hit twenty home runs last year for us, so we feel that we have a quick strike [offense], but we also have the opportunity to manufacture some runs and I think with the aggressive approach that we'll take, I think we're going to be able to do that some more."

When new Nationals' skipper Matt Williams was asked about the construction of his lineup this afternoon in Orlando, he was reluctant to get into specifics, joking with reporters at first by saying, "'My pitcher is going to hit 9th, I know that.'" He was, however, willing to say that Span would likely be back on top of the order. 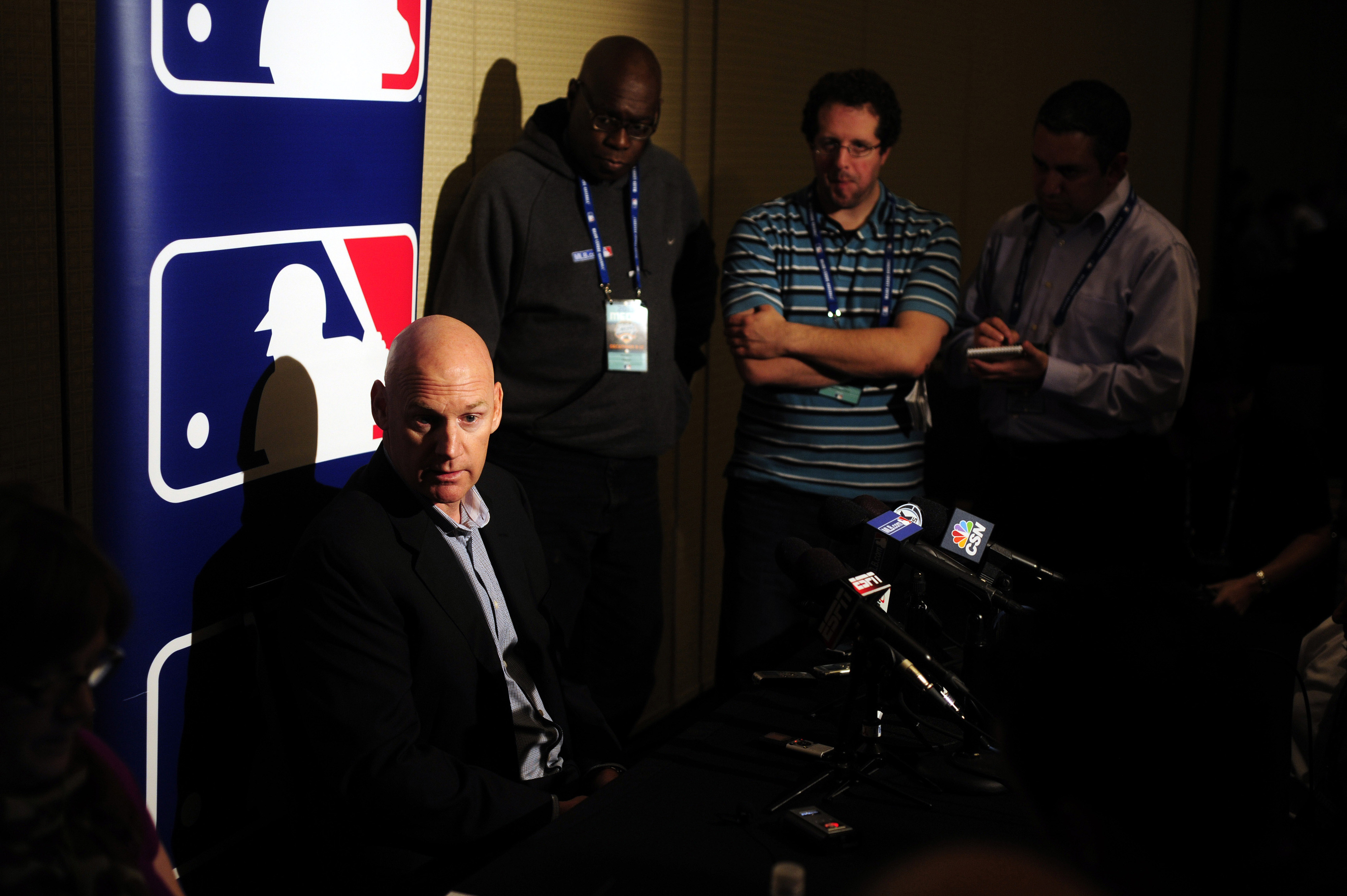 "'Certainly you don't argue with Denard leading off," Williams said. "'We think of him in that role. We have multiple options in the two hole, with the guys ‑‑ with the middle of the infield guys, certainly, either one of them. We've got the ability to have a couple of big, hairy guys, no pun intended, in the middle of the lineup, without naming names. We can stack lefty, righty, if that gives you any indication how something like that may work. So there's lots of options.'"

And a lot of time before these decisions have to be made. But considering Williams also said today that he already has the first 25 days of Spring Training planned out, he should be getting to the Opening Day lineup fairly soon.