A report from the Winter Meetings tonight said the Chicago Cubs were interested in right-handers Tyler Clippard and Drew Storen. The Washington Nationals said they were willing to listen to offers, while continuing to talk about pursuing a left-handed reliever.

Chicago Sun-Times' Cubs beat writer Gordon Wittenmyer added to the speculation about the Washington Nationals' 2014 bullpen when he tweeted the following from the 2013 Winter Meetings in Walt Disney World's Swan and Dolphin Resort in Lake Buena Vista, Florida:

While all the previous bullpen chatter this winter revolved around the Nats' desire to add a left-hander to the mix in D.C., the Sun Times' writer's report started a new conversation. Could the Nationals, who signed free agent reliever Rafael Soriano to a 2-year/$28M deal last winter, trade either of the relievers who closed out games for the Nats before the 33-year-old Soriano's arrival?

Storen, 26, finished strong in 2013 after struggling and temporarily getting sent to Triple-A, posting a 1.40 ERA with six walks and 15 Ks in 19 1/3 IP once he returned to the majors in mid-August.

Far as I can tell, it's extremely early as far as Storen and the Cubs' interest. Feeling out at most at this stage, from what I've heard.

MLBTraderumors.com is projecting a $3.6M salary for Storen (a Super Two player) in 2013, while Clippard's due for a raise to around $6.2M according to their projections.

Washington Post writer Adam Kilgore wrote tonight that the Nationals are, "...aware of the Cubs’ interest and would be willing to listen to the Cubs’ offers for the two young relievers," while suggesting that 27-year-old Chicago lefty James Russell, who held left-handed batters to a .183/.221/.322 line last season, could make sense as a trade target, though Rizzo, as NatsInsider.com's Mark Zuckerman wrote today, is after a pitcher who can get lefties out and retire right-handers, and as the WaPost's Mr. Kilgore noted, Russell got crushed by RHBs in 2013 to the tune of a .321/.418/.615 line.

When the Nationals' general manager spoke to reporters this afternoon there was no talk of trading either Storen or Clippard, though he continued to talk about pursuing a lefty either on the free agent market or in a trade. Rizzo said today, as quoted by NatsInsider.com's Mr. Zuckerman, that the team had looked at all the medical reports on left-hander Eric O'Flaherty, who has emerged as a target in spite of the fact that Tommy John surgery ended his 2013 campaign and will delay his start for some time in 2014. 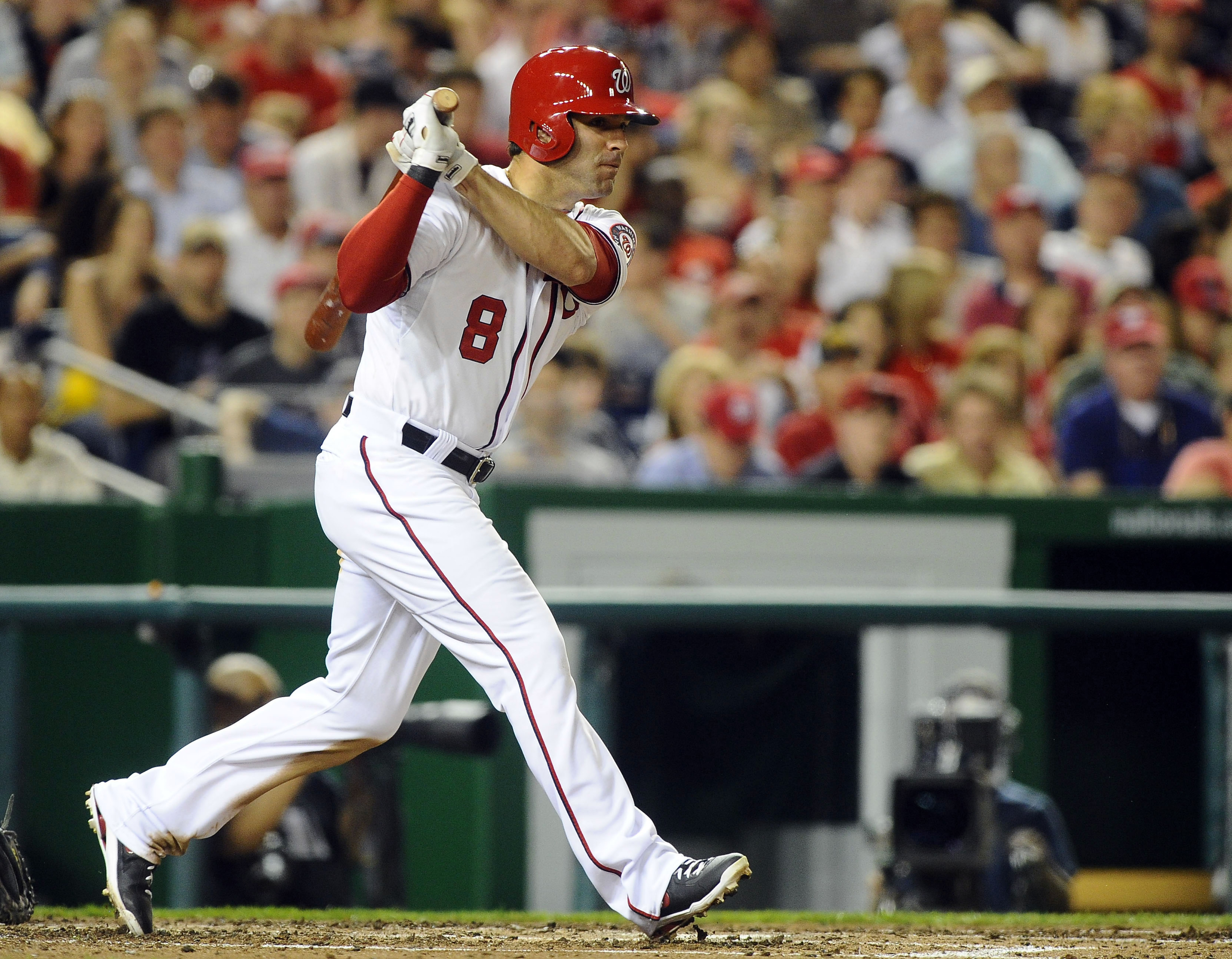 The Nationals have been tied to several left-handers this winter with J.P. Howell, Boone Logan, Scott Downs and Oliver Perez all mentioned as potential targets. Rizzo has also said that he's more comfortable with the in-house options going into this season than he was last year, with Xavier Cedeno, Ross Detwiler and Sammy Solis all mentioned as options at one point or another.

The Nats' GM said today the team was in no rush to get a deal done...though they are "actively" seeking a lefty...