Washington Nationals' left-hander Gio Gonzalez will take the mound in Miami, Florida's Marlins Park on Tuesday night for Team USA's Round 2 matchup with Puerto Rico in the World Baseball Classic. The 27-year-old starter talked to reporters in a press conference with Joe Torre this morning in Miami.

Gio Gonzalez cleared up a long-standing mystery this morning when he met with reporters in the lead-up to his World Baseball Classic start for Team USA against Puerto Rico Tuesday night in Miami, Florida's Marlins Stadium. The 27-year-old Hialeah, Florida-born left-hander reportedly bought 600 tickets for friends and family last year when he made his first start back home against the Miami Marlins. Did he really pay for 600 tickets? "No, I didn't," Gonzalez said, "There was a ticket stub where you go on line and you look for the tickets and you buy them online. If I would have had to pay for that, I think I would be broke right now. It would be a pretty big dent in my pocket."

This time around he bought six tickets. "I was like, six tickets, that's it," Gonzalez said, "Everyone else, go buy your own tickets. These things are expensive."

The former Oakland A's starter acquired by the Nats in December of 2011, will start for Team USA in the first game of Round 2 of the WBC. After a 21-win, +5.4 fWAR season in 2012 in which he had a 2.89 ERA, 2.82 FIP, 3.43 BB/9 and 9.35 K/9 over 32 starts and 199.1 IP, Gonzalez is three starts into his second Spring Training with the defending NL East Champs, having given up eight hits, two walks and three earned runs so far in Grapefruit League action. Gonzalez will be pitching on a much bigger stage when he takes the mound for the fourth time this season in a USA jersey, with former New York Yankees' manager Joe Torre in charge instead of Nats' skipper Davey Johnson.

"Well, to think about it, a small town kid from Hialeah, Florida, pitching for Miami and representing Team USA, that says it all." - Gio Gonzalez on pitching in the WBC

"Well, to think about it, a small town kid from Hialeah, Florida, pitching for Miami and representing Team USA, that says it all," Gonzalez told reporters today. "It's a kid's dream. I grew up watching this man right here leading the Yankees to the World Series, and now to be a part of it and actually be playing for him, don't pinch me, I don't want to wake up." The left-hander said much the same after winning his 20th game last September, when it was clear that he and the Nationals were postseason bound.

"It's almost like a dream and I feel like I'm still sleeping in it," Gonzalez told reporters at the time. In his two NLDS starts against St. Louis, the left-hander's first postseason outings in a five-year career, Gonzalez gave up six hits, 11 walks and five earned runs in 10.0 IP in which he struck out 10 batters. Fellow lefty and Nats and Team USA teammate Ross Detwiler said Sunday, in an MLB Network Radio interview, that the experience of pitching in the playoffs prepared him for his first WBC appearance this past Saturday.

Gonzalez said he was watching closely all weekend and was impressed with what he saw from Detwiler, who greeted him warmly when Gonzalez joined Team USA today in Miami. "Yeah, the first thing Ross did to me was a big ol' hug, big pat on the back," Gonzalez said, "I was quick to tell him, oh, your two seamer is looking really good, everybody looks really good, you look like you're in control, and you could see it, he looked like he was right on point, and this is, what, his third start for‑‑ it's supposed to be in Spring Training, but the way he went out there and performed, I think he set the tone and he kind of looked really good." 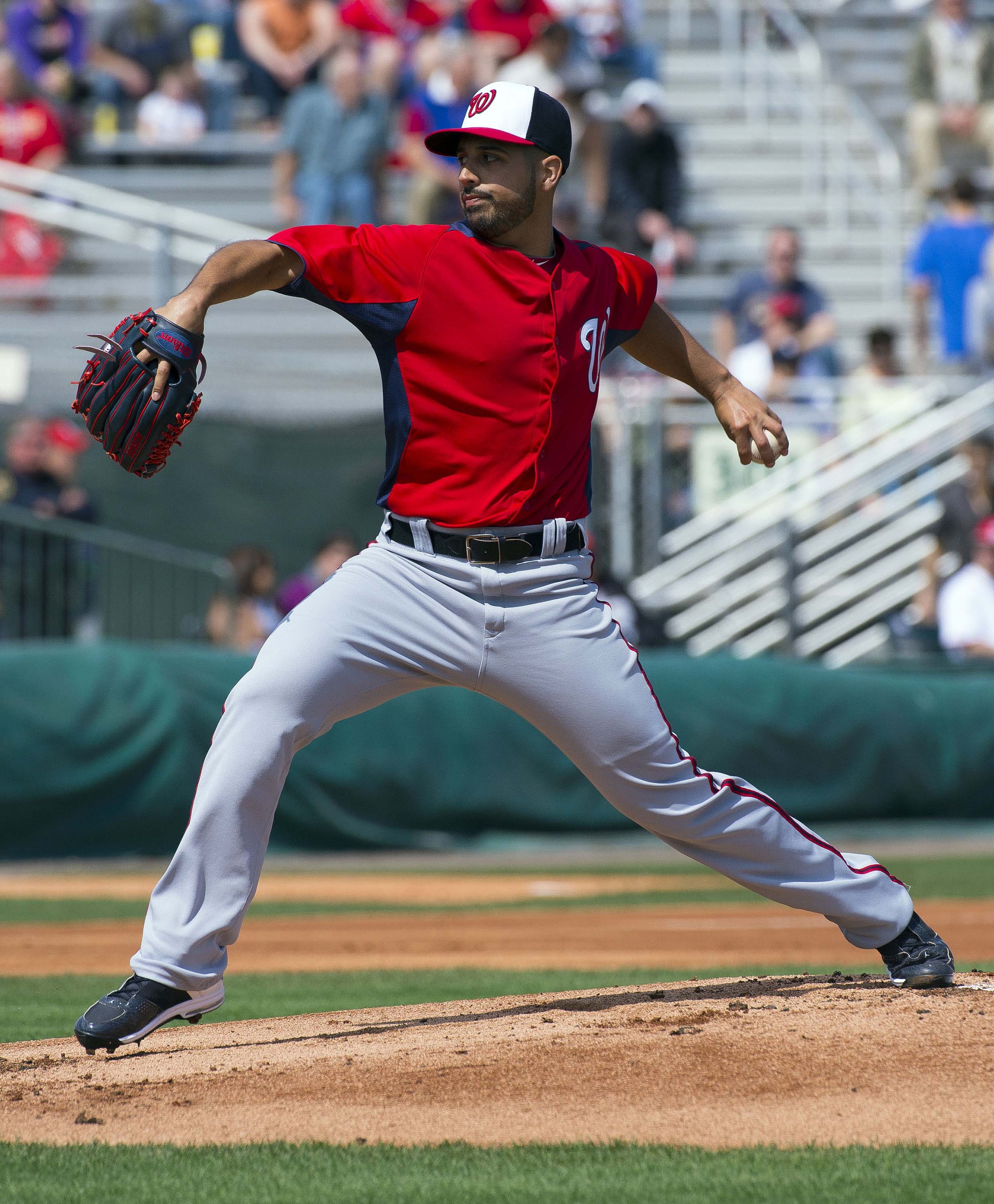 Now it's Gonzalez's turn. And as he explained today, he's thankful (as always) that his Team USA teammates were able to get to Round 2 of the WBC so he can make his start. "I've been dying to come home and pitch in front of the home crowd," Gonzalez told reporters, "so it was a good thing that they had three great starters before, [R.A.] Dickie, [Ryan] Vogelsong and Derek Holland, they all did a great job, especially the bullpen. They came in and shut it down. But again, the offense looked alive. You've got to give them credit, and the only reason we're here is because of the way they were playing. They played as a team."

Gonzalez gets his chance to take the mound and do his part at 8:00 pm EDT on the MLB Network.

Watch Gio Gonzalez and Joe Torre's press conference below and note that not even Torre can resist smiling when Gio's around: