Washington Nationals' manager Davey Johnson told ESPN 980's The Sports Fix's Thom Loverro and Kevin Sheehan on Thursday that there was still a higher ceiling for many of the players on the roster of the defending NL East Champions. The start of the 2013 campaign is just a few days away...

As Davey Johnson explained it on Thursday afternoon in an interview with ESPN 980 The Sports Fix's Kevin Sheehan and Thom Loverro, last year he thought the team could win the NL East if they just played up to their potential. "Last year I said, at the end of the [2011] season, I said if we just play up to our potential, we've got enough talent here to win our division. And guys even exceeded that. We had two key injuries last year. The first one was losing our four-hole hitter, Michael Morse, for almost the first-half of the season and then my closer, [Drew] Storen. But this year, we have a set lineup. We're a balanced lineup. We're coming through the Spring better than we did last Spring. We're just a more complete ballclub. Guys know who they are. Some young guys got their feet wet, played very well. So, but there's still a higher ceiling for this ballclub. And I think everybody to a man in this camp expects a lot more out of this season." 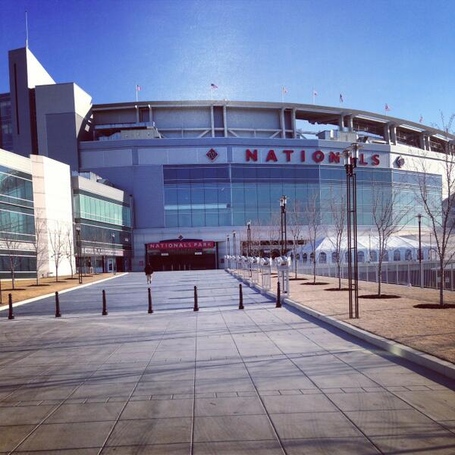 After winning the division, and coming within a strike of the NLCS, it's "World Series or Bust" this year as the Nats' 70-year-old skipper said early this year in another one of his trademark bold pronouncements. Around baseball world, the preseason prognosticators seem to agree. One prediction post after another has the Nationals once again winning the NL East, and more than a few have the Nats as favorites to bring the second World Series Championship to the nation's capital. It's been 89 years since Walter Johnson led the Senators to the one and only World Series title in D.C. baseball history.

Can Davey Johnson take the Nationals all the way in 2013? We'll talk to him at 11:00 am this morning and see what he has to say three days away from the start of the new season. The Nationals and New York Yankees play the final exhibition game this afternoon and then it's Opening Day on Monday when the Miami Marlins come to Nationals Park to start the new season.

All of the above was really just an excuse to post some pics of Nationals Park for the enjoyment of anyone who's unable to come out to today's game... 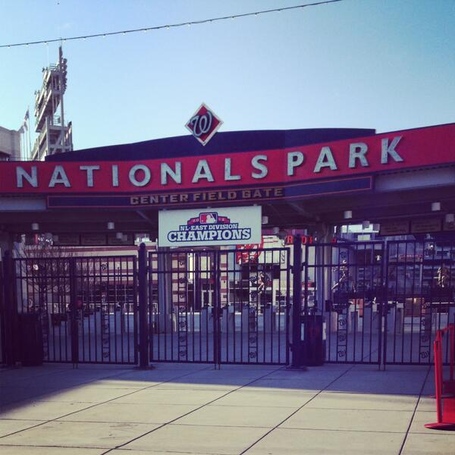