Gio completely falls apart n the 4th inning today, wasting some nice early offense. The Nats try to come back, but the bullpen makes it interesting by being alternately perfect and, uh, not-perfect. But fortunately the Nats never stop coming back, and Harper's zillionth multi-homer game of the young season ends up making the difference.

Zimmerman to 15-day DL, Rendon called up from AA, will start at 3B. 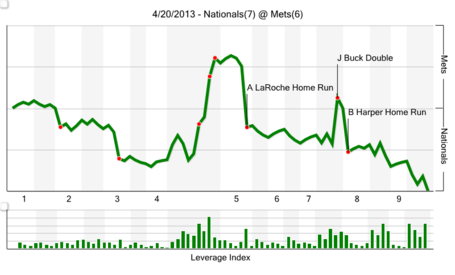