Washington Nationals' manager Davey Johnson is frustrated. He said so repeatedly in the post game press conference following tonight's loss, but the 70-year-old skipper said he's not sure why the Nats' offense continues to struggle to put up runs. After a doubleheader with the Twins tomorrow, the Nationals head out on the road...

The Washington Nationals' 4-3 extra innings loss to the Minnesota Twins this afternoon was the seventh loss in their last ten games. The Nats fell to two games under .500 at 29-31 and fell to 7.5 games out of first place in the NL East. They went 1 for 7 with runners in scoring position, failed to draw a single walk and struck out 10 times in 11.0 innings. Davey Johnson said afterwards he was frustrated.

"That was a tough one," the 70-year-old skipper told reporters. "Very frustrating. It's... I'm getting my dander up. We're better than this. We just haven't gone and done the things and it seems like when we play like this we just looked like we were lackadaisical, but I'll have a chat with them tomorrow."

"This was tough," Johnson repeated.

"Very frustrating. It's... I'm getting my dander up. We're better than this." - Davey Johnson after Nats' loss to the Twins

The Nationals got a two-run home from Jayson Werth in the second, but wasted a leadoff double by Roger Bernadina in the fifth. Six of seven batters went down after Bernadina's two-base hit before Anthony Rendon singled to start the seventh and scored to tied it at 3-3 on a Kurt Suzuki RBI double. Steve Lombardozzi and Denard Span went down in the next two at bats though and the go-ahead run was stranded at third. The Nats got two out hits in the tenth and eleventh, but failed to tie it in the home half of the final inning, leaving the tying run at second when Rendon flew out to left. Correia, who's K'd just 3.71 per nine coming into the game collected seven strikeouts from the home team.

"That's very frustrating," the Nats' manager said again. "Like I say, we're better than we're showing. It's frustrating to me and I know it's frustrating to those guys in the other room. But we need to pick it up, this is getting late." The Nationals got eight hits off Correia, but just two hits off the Twins' relievers. "We have good hitters in the lineup," Johnson said, "It's frustrating. I know they're frustrated, I'm frustrated."

A leadoff walk to Chris Hermann in the eleventh ended up costing Craig Stammen. A sac bunt, intentional walk and RBI single followed and the Twins took a 4-3 lead after ten and a half. It was the third walk in Stammen's last two innings following the four-inning outing in relief in Atlanta. In two games since he threw 4.0 hitless against the Braves after Stephen Strasburg left the mound with an injury, Stammen's now allowed three hits, four walks (one intentional) and three runs. "Unfortunately the last couple times out he's been doing that," Johnson said, "He's been a little wild. But he's been pretty good all year long, it's just... you can't do that. Late in the ballgame, when you come in, you can't give free passes."

Twins 4-3 Over Nats In Extras 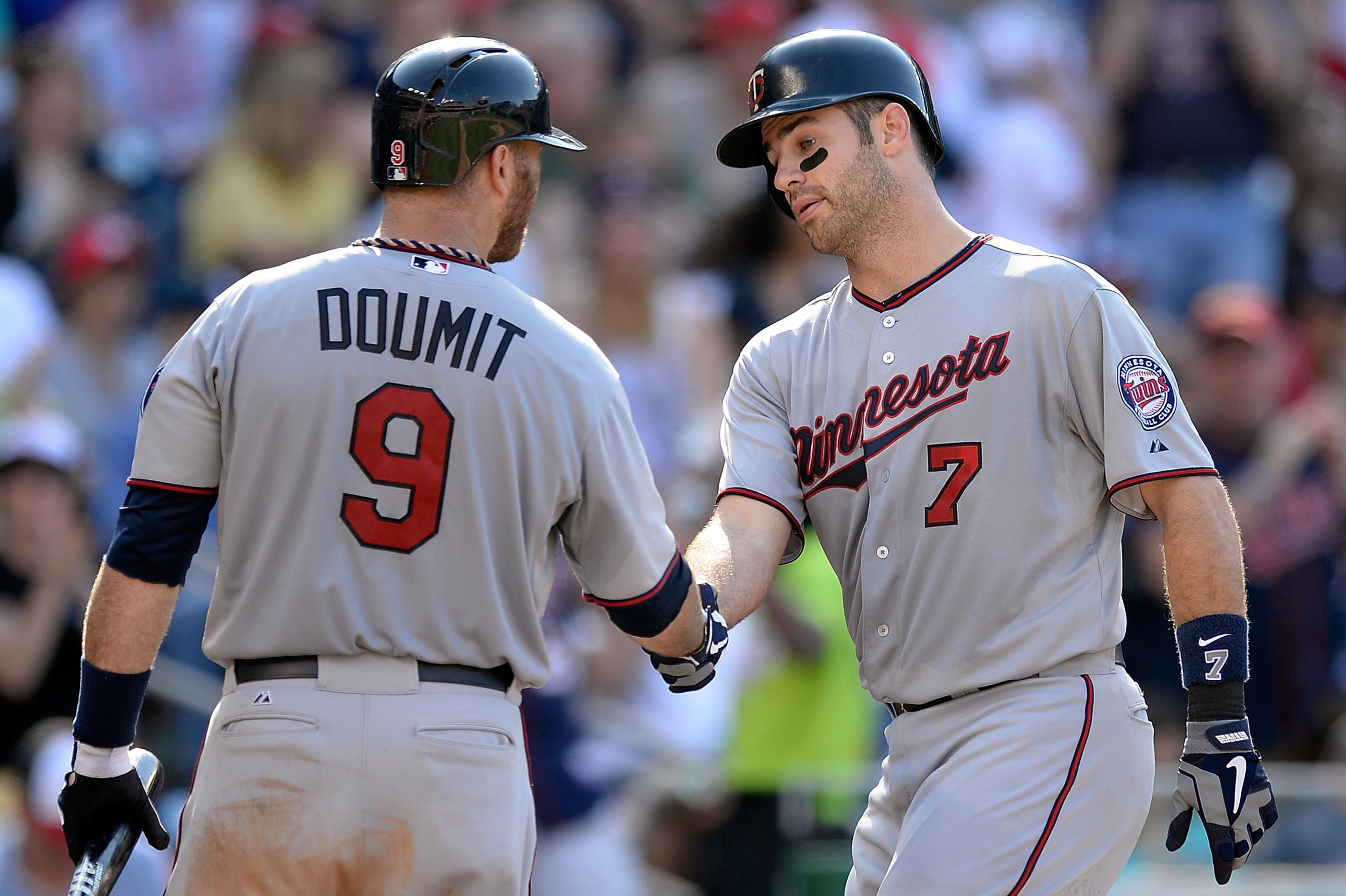 Stammen did and it cost him, but the Nationals' offense didn't pick the pitcher up. "Offensively we're just kind of flat for some reason," Johnson said, "I don't why." Asked about the team's approach on offense and their issues taking walks, Johnson said, "We take a lot and then we're at the mercy of the pitcher. I'd like to see us to be more aggressive, but tomorrow's another day." And tomorrow's a doubleheader with the Twins.