Washington Nationals' manager Davey Johnson was frustrated after another one-run loss tonight in Nationals Park in a good start by Stephen Strasburg, but the Nats couldn't take advantage of a few golden opportunities in the 3-2 loss to LA.

Bryce Harper doubled to start the bottom of the second, took third on a Jayson Werth sac fly to right (although he actually was out on a strong throw by Yasiel Puig), and scored on a wild pitch by Los Angeles Dodgers' right-hander Ricky Nolasco to make it 1-0 early in tonight's game.

A half-inning after the Washington Nationals took the lead, however, Nats' starter Stephen Strasburg threw a first-pitch fastball to Hanley Ramirez that the LA shortstop sent out to right field and over the right-center end of the out-of-town scoreboard for a two-out, two-run home run that made it 2-1 Dodgers.

Ricky Nolasco loaded the bases with no one out in the fourth though, with Ryan Zimmerman and Bryce Harper singling in front of Jayson Werth, who walked. The Nationals had Ian Desmond, Chad Tracy and Wilson Ramos coming up, but Desmond grounded to third allowing the Dodgers to get the force at home, Tracy flew out on the first pitch he saw and Ramos grounded back to the mound to end the bottom of the inning with LA still up 2-1.

"That was real frustrating," Davey Johnson told reporters after the loss. "And [Desmond] has been swinging the bat good. I think he got a little anxious, went after, a kind of check swing on a breaking ball. That was frustrating. We had a chance to score -- what did we score on a wild pitch? We didn't really drive in hardly any runs. We swung the bats pretty good, but it leaves a tough taste in your mouth."

"[Desmond] has been swinging the bat good. I think he got a little anxious, went after, a kind of check swing on a breaking ball. That was frustrating." - Davey Johnson on Desmond's bases-loaded at bat

Though the Nationals wasted that opportunity, they did rally to tie it in the sixth, with Zimmerman singling and going first-to-third™ on a Jayson Werth hit before scoring on a bloop single to center by Desmond. With the score tied at 2-2, Chad Tracy stepped in with two on and one out and grounded into an inning-and-rally-ending DP.

Stephen Strasburg pitched a quick scoreless top of the seventh before exiting the game for a pinch hitter in the bottom the inning. After a two-inning outing against the Marlins last time out, Strasburg bounced back with a seven-inning start in which he gave up seven hits, one walk and the two earned runs on Ramirez's home run.

"[Strasburg] pitched a heck of a ballgame," Johnson said afterwards, "He made one mistake to a hot hitter, [Ramirez], threw a fastball out over the plate and he crushed it, but he pitched good enough for us to win."

The Nationals didn't win though. With the scored tied after eight, Nats' closer Rafael Soriano came on to pitch the top of the ninth and surrendered a solo home run on a 1-2 slider that didn't get far enough inside on Andre Ethier. Ethier's sixth home run of the year gave the Dodgers a 3-2 lead and closer Kenley Jansen retired the Nationals in order in the bottom of the ninth inning.

Dodgers 3-2 over Nats On Ethier HR 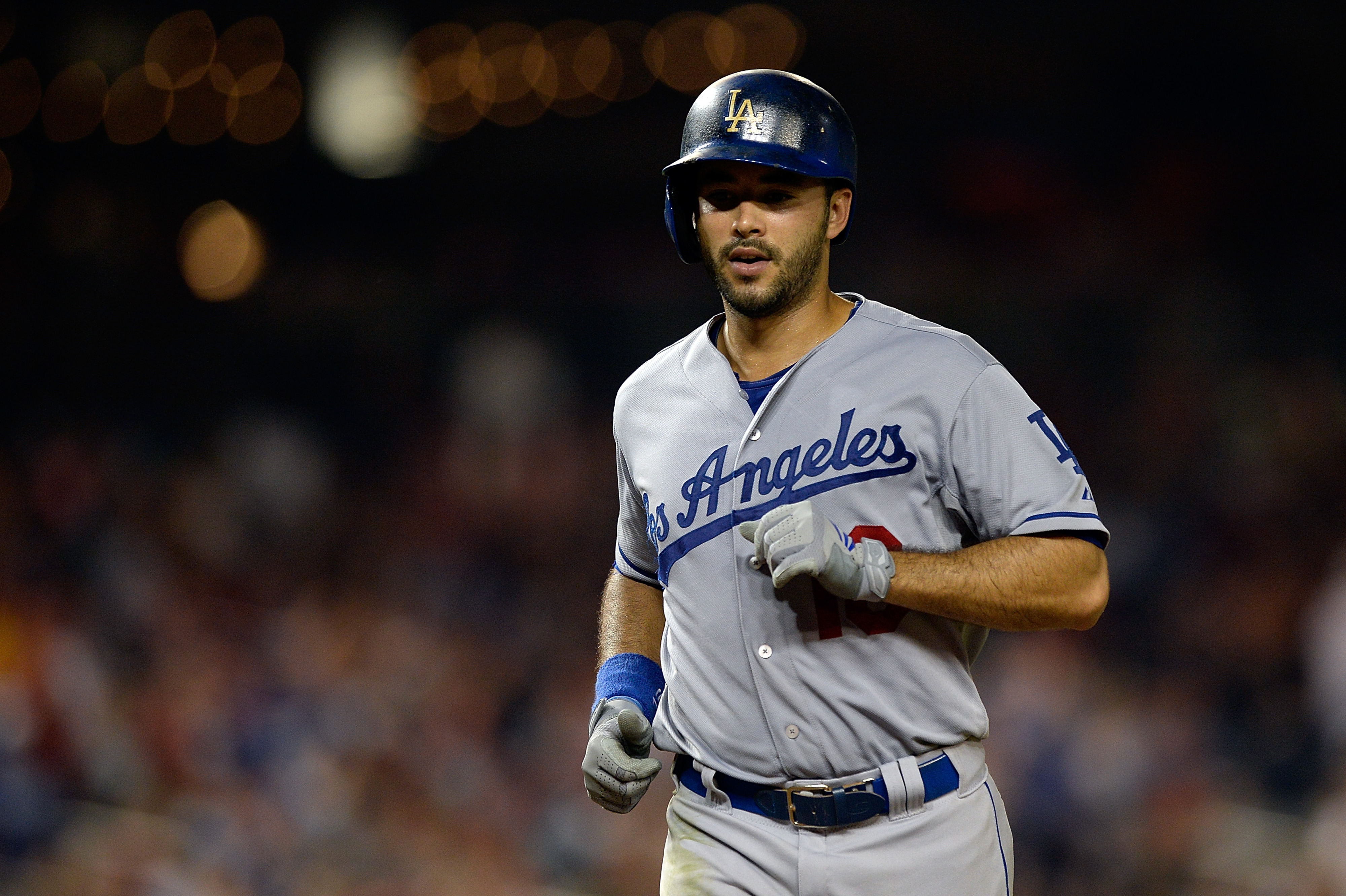 So what do the Nationals do now? It doesn't get any easier after Nolasco. The Nationals face Dodgers' right-hander Zack Greinke on Saturday and left-hander Clayton Kershaw on Sunday. Not exactly a cure for any team's hitting woes. Davey Johnson was asked after tonight's loss what he might do with the lineup tomorrow, and he said that though he switched things up tonight with Adam LaRoche unavailable, (flu-like symptoms), he'd probably go back to the order he tried out in the last game before the All-Star Break.

"I do like [Harper] leading off," Johnson said, "I think that frees him up. He's usually on base. But, maybe we'll break out against a couple of pretty good pitchers, maybe that's what we need."

So Harper will be leading off again tomorrow? "If I've got LaRoche healthy," Johnson said.

The loss, combined with the Phillies' win tonight, dropped the Nationals into third place in the NL East.