Isaac Ballou, the Washington Nationals' 2013 15th Round, is working on refining his game with the Auburn Doubledays. Doubledays beat writer Jeremy Houghtaling profiles the 23-year-old outfielder who is playing for the Nats' NY/Penn League affiliate.

Isaac Ballou goes through many of the same routines every day.

Whether it's starting his day by making the same few stops on his walk to Falcon Park or pausing to draw a cross on the plate before each at-bat, the Auburn Doubledays outfielder has found ways to get through the daily grind.

"He's made a few adjustments at the plate, a couple recently that are helping him," Cathcart said. "He's done everything exactly the way we want." -Auburn manager Gary Catchart on Isaac Ballou

"I'm not going to say I'm superstitious," Ballou said with a chuckle. "I don't know."

But Doubledays manager Gary Cathcart, who preaches the importance of routines to all of his players, has been impressed with some of the changes Ballou has made.

After working with hitting coach Luis Ordaz during a recent road trip, Ballou has finished his swing with two hands instead of pulling off. The results have been three multi-hit games in the past week, making the 6-2, 205-pounder one of the hottest hitters in the Auburn lineup. 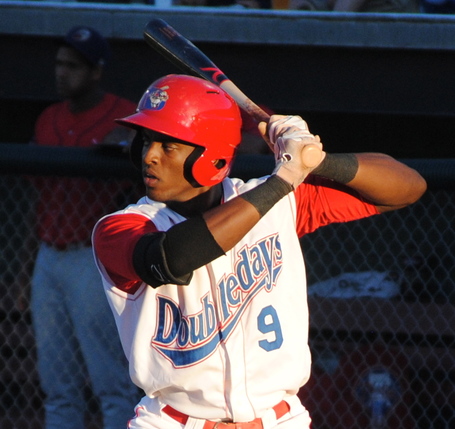 "He's made a few adjustments at the plate, a couple recently that are helping him," Cathcart said. "He's done everything exactly the way we want."

Over the first 34 games of his professional career, Ballou has batted .275 with six doubles, two home runs, 12 RBI and 15 runs scored. He has also collected five stolen bases.

But Ballou isn’t concerned with his individual statistics.

"I'm a huge believer that your hard work pays off, and my mindset on the field, especially of late, is I'm extremely aggressive..." - Nats' 2013 15th Round pick Isaac Ballou

"I'm a huge believer that your hard work pays off, and my mindset on the field, especially of late, is I'm extremely aggressive," the 23-year-old said. "I don't care if I get thrown out, I don't care if I swing and miss. I feel like in baseball, when you're passive or on your heels, that's when you have a lot of errors or things happen that you don't want to happen."

Ballou is coming off a career season at Marshall University, where he batted .328. The Smithfield, Va. native also holds the school record for career triples (16), triples in a season (7), career walks (129) and walks in a season (43). He is second all-time for the Herd in stolen bases (64).

Getting To Know Jimmy Yezzo 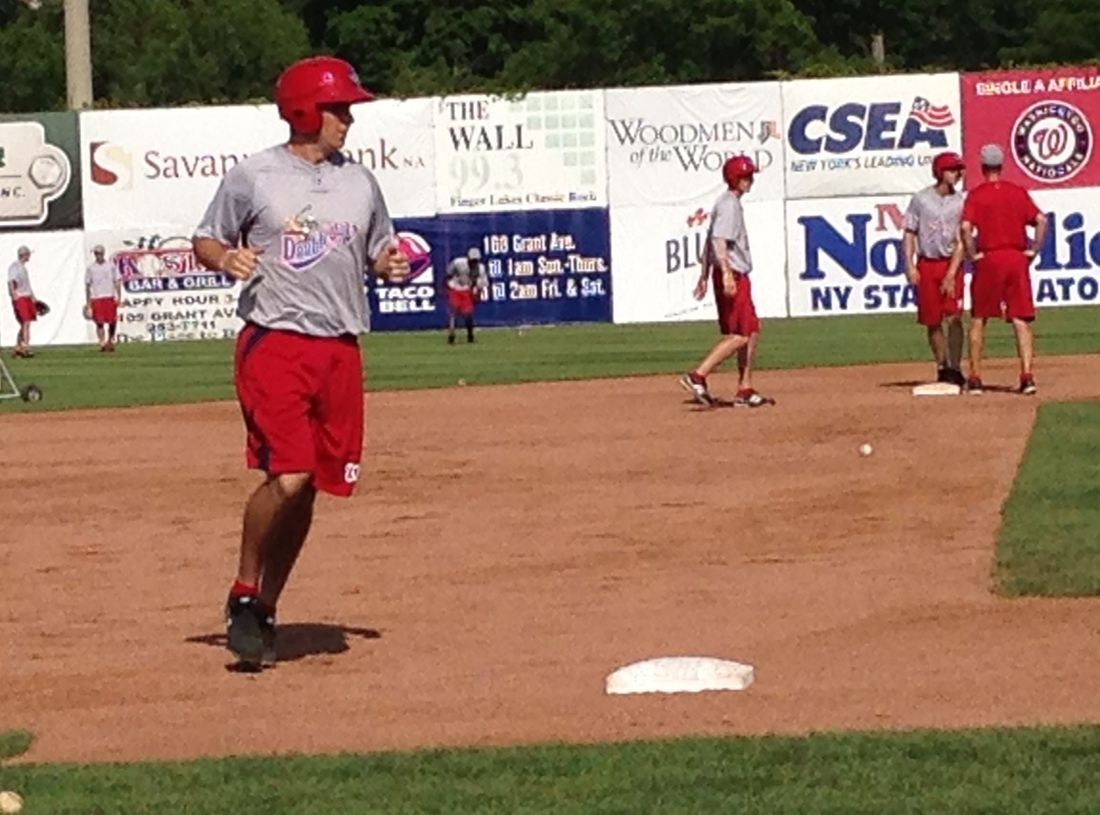 After being drafted in the 15th round this year by the Washington Nationals, Ballou is working toward refining his game to make it to the next level.

"He's a hard worker and pays attention all the time -- in the dugout, on the field, during workouts," Cathcart said. "He's looking to get better every day, and that's what we want from everybody."

Getting better is in the routine.