Bad defense, bad hitting, and a floating strike zone in the other team's favor... at least the Braves are winning. Oh, wait... 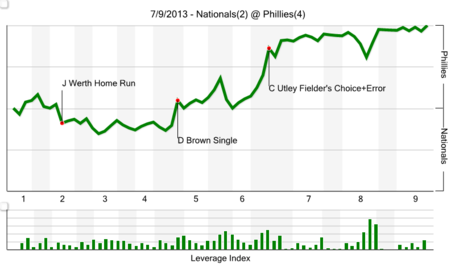 If you were wondering whether Vic Carapazza (altogether, "WHO?") is bad at umpiring, the answer is yes: 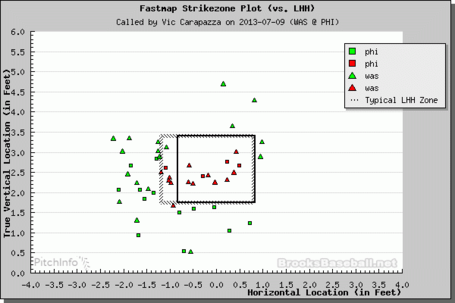 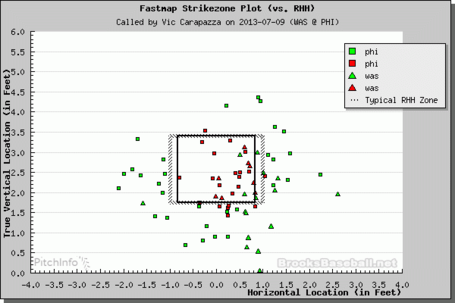 The triangles are called balls (green) and strikes (red) for WAS pitchers, the squares are called balls (green) and strikes (red) for PHI. Notice anything funny? Like maybe a bunch of WAS pitches inside the zone being called balls, and PHI pitches outside the zone being called strikes? The zone doesn't have to be rulebook, but it should be consistent. Get a new job, Vic. Remember his name, and be sure to call him a bum the next time you see him at a game.