This was a long, weird, long, very long game. Let's hope the plunking is over with and that Stras is okay. Also, Roark for Jordan's spot in the rotation? 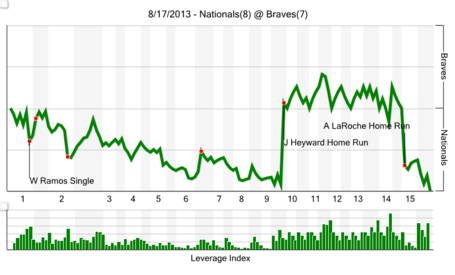 *(h/t to monkeypuzzle in the game thread for the Abad/Slaten joke... can you believe there was actually a time in this game when an Abad/Slaten joke seemed like it would be the biggest part of this article?)
(Yes, I forgot to update the score from an earlier draft when I first published this.  It's late.)