Washington Nationals' manager Davey Johnson told reporters today he wasn't surprised by the Atlanta Braves' dominance in this season's series between the NL East rivals, because he sees something of the 2012 Nats in the 2013 Braves.

Share All sharing options for: Braves Improve To 12-4 vs Nationals In 2013 With 2-1 Win Today In Atlanta

"We had our chances. It's getting to be kind of sad, when we set the table and we don't have good at bats..." - Davey Johnson on loss to the Braves on Sunday

Harper was punched out and felt he'd held up and he let the umpires know he disagreed with the game-ending call that gave the home team two of three in the series and their 12th in 16 games between the NL East rivals this season. "It's frustration of not getting the job done, that's all it is," Davey Johnson told reporters after the Nationals' 63rd loss of 2013.

"That was a borderline call," the Nats' 70-year-old skipper continued. "We had our chances. It's getting to be kind of sad, when we set the table and we don't have good at bats, we don't drive them in." The Nationals went 1 for 13 with runners in scoring position, getting two on with no one out in the each of the first three innings but failing to cash in on any of their opportunities until Jayson Werth finally drove in the lone run Atlanta's pitcher allowed in the top of the seventh. On the day, the Nats stranded eleven runners in what ended up a 2-1 loss.

"Did a good job getting on base but not in situational hitting," the Nats' skipper explained, and after a long bottom of the first in which the Braves scored their only runs, they got a strong start from Gio Gonzalez when they desperately needed to lay off of their pen. "Gio pitched a heck of a ballgame," Johnson said. "He hung in there. He wanted to go out that last inning and it was going to be hard for me to hook him. No matter how many pitches he'd thrown. He felt like he could keep us in there and he did."

The Nationals' best chance to tie the game up came in the seventh. Jayson Werth (2 for 4 today, 5 for 12 in the series) came through with an RBI single with two runners on and Adam LaRoche stepped in with runners on the corners and one out, but the Nationals' first baseman, who was 0 for 4 in the loss, K'd swinging at a full-count fastball up high from Braves' right-hander David Carpenter and Werth was running and easily thrown out at second for an inning-ending strike'em out, throw'em out double play.

"I'm trying to get the winning run on second base and trying to stay out of the double play," Johnson said when asked if avoiding the double play was his intention in sending Werth. "Know [LaRoche] should get a good pitch to hit. Fastball up, it might have been out of the zone, I don't know. Could have had the bases loaded. Part of my frustration too is not getting them in when we got them out there [when] the guys that are coming up to the plate are the guys we want up at the plate. That's the frustrating part."

"Sometimes as a group we're not aggressive early in the count for good pitches in the strike zone... " - Davey Johnson on Nats' offensive issues

"Sometimes as a group we're not aggressive early in the count for good pitches in the strike zone," the Nationals' manager explained, "And then some of the young hitters go out of the strike zone and chase. And it's just maturing. Some young guys need to mature as hitters in those situations. They're in the jam and we can be much more selective then."

The Braves improved to 76-48 with the win and by taking 2 of 3 from the division's second-place team, ended the weekend with a 15.5 game lead in the NL East, the biggest lead of any division leader in the major leagues.

Davey Johnson was asked if he was surprised just how dominant Atlanta has been through the first 16 of 19 games the two teams will play this season? 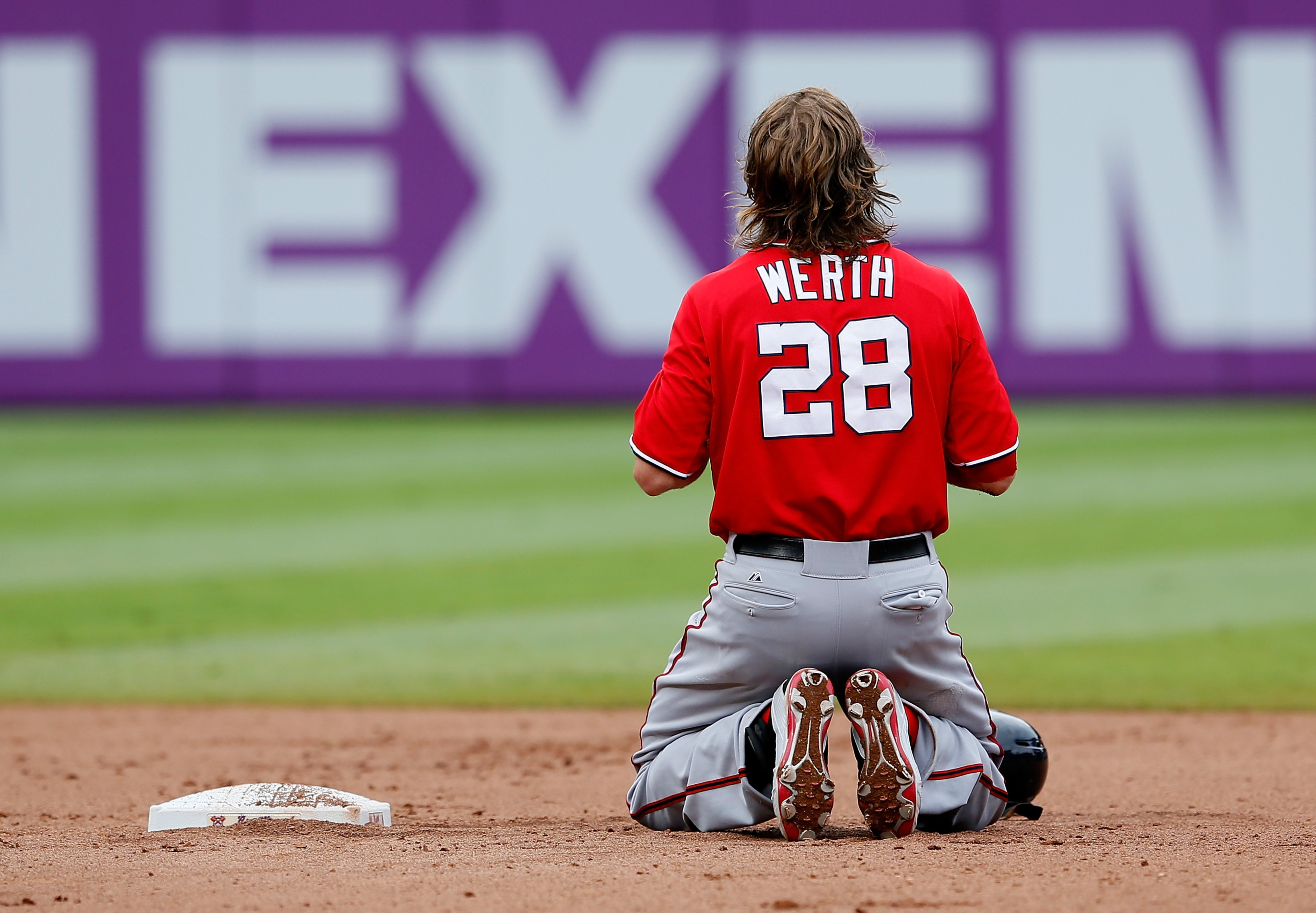 "No. I'm not," he said, "They're pitching very well. Their bullpen and their bench is doing an outstanding job. And their run differential is over a 100 [+132]. That's the formula. That's what we did last year which we're not doing this year. I think they have a heck of a ballclub. And they're playing at a very high level. And even the guys that are coming off the bench are playing very well. And that was our strength last year too and unfortunately we haven't been able to carry it on this year."