Before the Washington Nationals announced that Mike Rizzo was named the GM in 2009, there were plenty of rumors out there that had Nats fans wondering just who would end up running things in the nation's capital. Ultimately, Rizzo got the gig....

[ed. note - "Every Friday morning throughout this season, hopefully, if they'll continue to have me, I'll be writing a post over at MASNSports.com's Nationals Buzz, "... as part of MASNsports.com's season-long initiative of welcoming guest," writers to their site. All opinions expressed are my own... A sample follows... You can read the entire post HERE or through the link included below."]:

"The information, the mis-information ... was unfortunate, but it didn't effect me nearly as much as the people who knew me and were rooting for me..." - - Mike Rizzo in August 2009

"Multiple sources insisted Tuesday that the Nationals are on the verge of announcing that Arizona Diamondbacks vice president Jerry DiPoto is about to be named Nationals GM," Yahoo!Sports.com's Gordon Edes wrote on August 18th that summer. Mr. Edes quoted a source who said DiPoto's hiring was imminent. "'It could happen in the next 24 hours,' insisted one major league executive who said he had it on good authority that DiPoto," would, "be hired by Nationals president Stan Kasten." Jerry DiPoto, however, told the reporter that if any deal was coming it was news to him.

Then, on August 19, 2009, there were multiple reports which said the Nationals' search was over and Rizzo was likely out. Citing the Yahoo!Sports.com report, MLB.com's Bill Ladson wrote that after getting Strasburg signed, "it appears that acting general manager Mike Rizzo has not secured that role for the longer term." A CBSSports.com article said sources confirmed the Yahoo!Sports.com report. "The Nationals appear to have chosen Diamondbacks executive Jerry DiPoto as their new general manager," it said, "DiPoto has told friends in Arizona that he plans to accept the job." 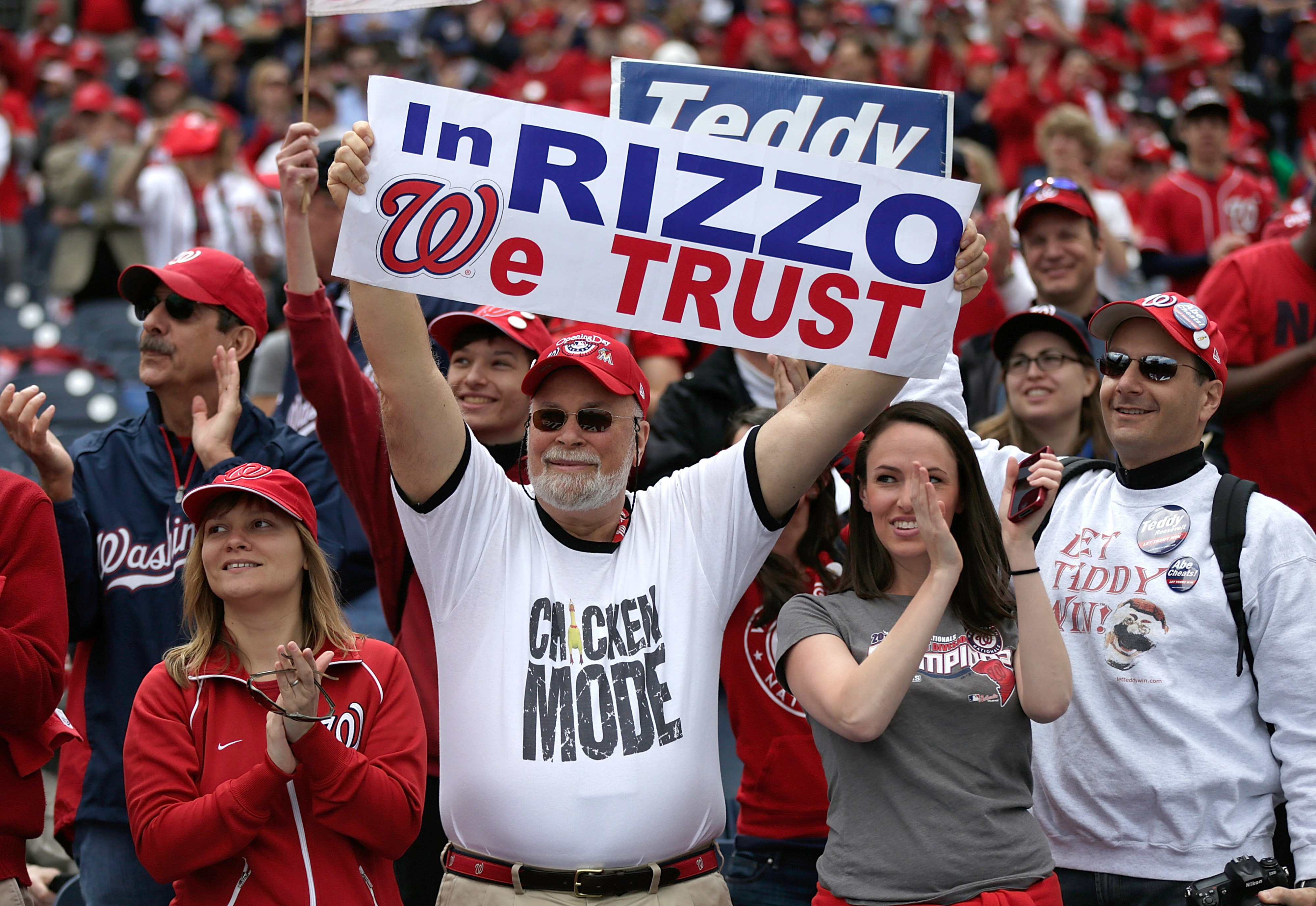 Photo © Win McNamee/Getty Images
A source even contacted us at Federal Baseball though we couldn't confirm the report with anyone we contacted for information. After reaching out at several points throughout the process with information, some of which checked out and some of which proved false, the source said DiPoto was in. "They are in the process of inking a deal as I write this," he/she said in an email.
The next day all of the rumors were shot down. "'The decision has already been made,'" a source told the WaPost's Chico Harlan, "'and the best I can tell you -- what's been written is 100-percent wrong.'" MLB.com's Bill Ladson reported that, "The Nationals made the decision that Rizzo was their man a couple of days ago."
• Read the entire post over at MASNSports.com's Nationals Buzz: