Davey Johnson decided to sit his struggling lefties against Chicago Cubs' left-hander Chris Rusin tonight, so Denard Span and Adam LaRoche are getting the night off with Bryce Harper in center tonight and Tyler Moore at first in the second game of four in Wrigley Field.

Bryce Harper was supposed to start in center and lead off for the Washington Nationals the last time they faced a left-handed starter, this past Saturday, but the bruise to his left tricep caused by Atlanta Braves' left-hander Luis Avilan's HBP in the previous game on Friday night kept him out of the lineup. Denard Span played center and led off instead. Tonight in Wrigley Field in Chicago, the Nats are scheduled to face another lefty, Chris Rusin, and Harper's back up top and playing center with Scott Hairston in left field tonight and Jayson Werth in right:

Nats' skipper Davey Johnson is giving Adam LaRoche a night off too, with Tyler Moore in at first for the second game of the Nationals' four-game series in Chicago. LaRoche has a .188/.240/.313 line against left-handers this season. 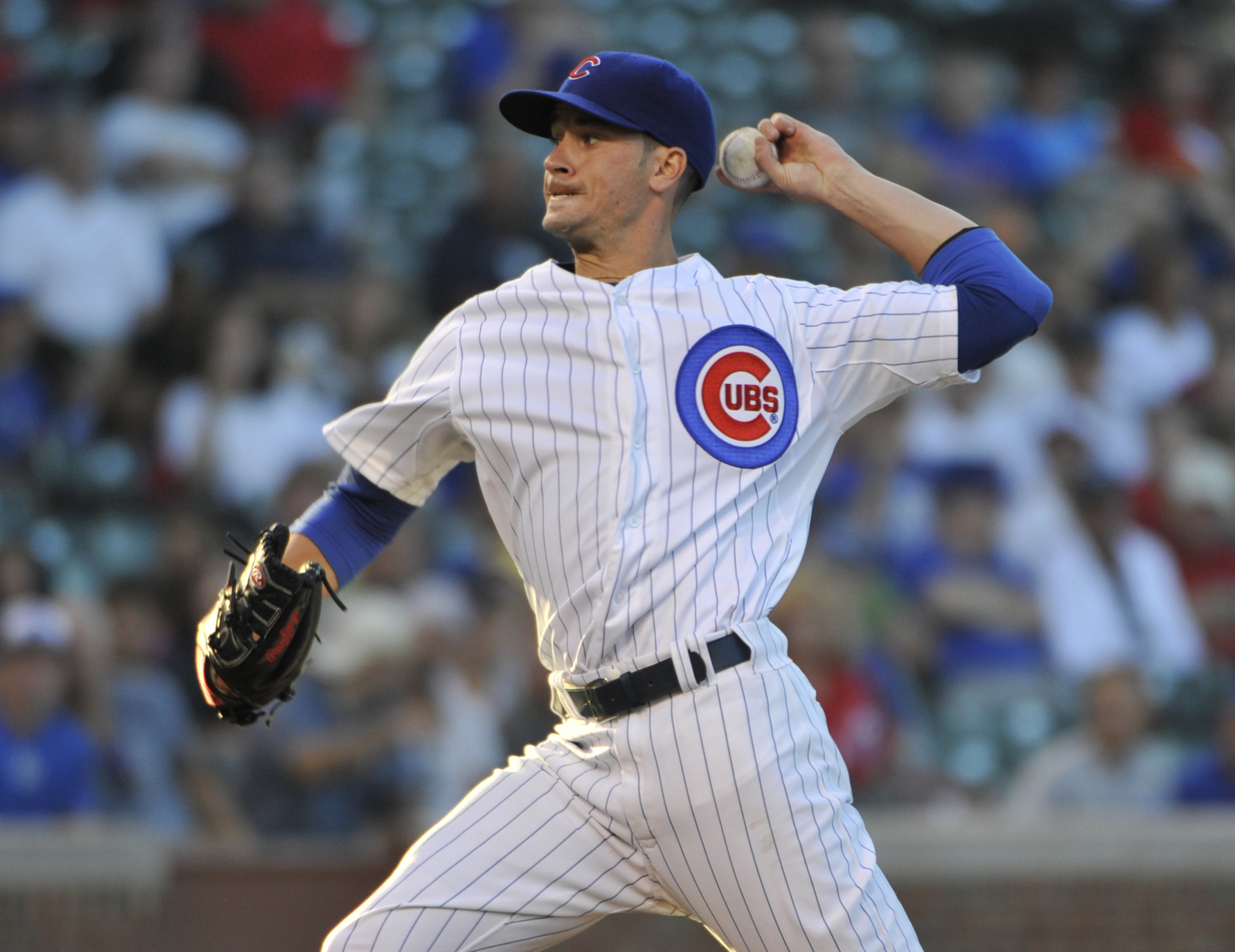 Dan Haren's on the mound tonight for the Nationals, looking to continue a streak of strong outings going back to his return from the DL on July 8th after earning a save in the 11th relief appearance of his 11-year career this past Saturday night in the Nats' 15-inning win over Atlanta.