J-Z gets NN'd big-time. If you're not going to give the guy offense, at least try not to make clown plays behind him! 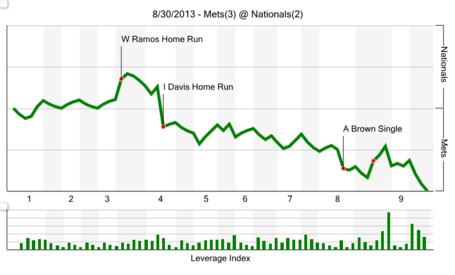 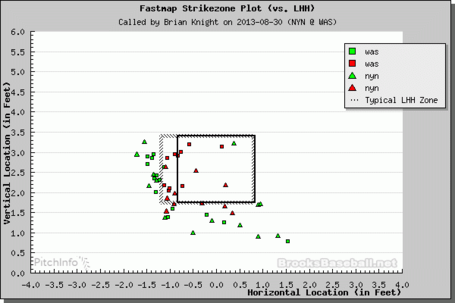 And for the righties: 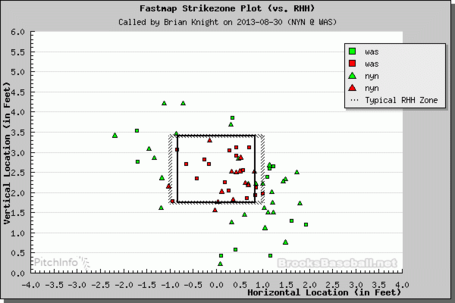 A little uneven, but not systematically heinous.  Hmm, there's that one pitch low and away on the LHH strike zone map that got called a strike... 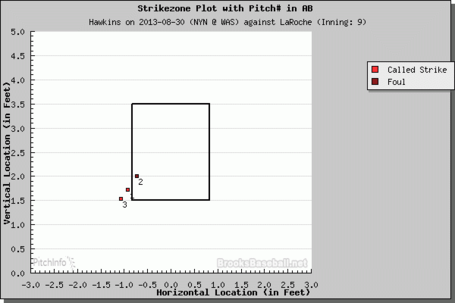 Oh, yeah, not really a strike.  And not a strike that he'd been giving earlier in the game.  I guess he was in a hurry to get back to the hotel and watch "Matlock" reruns.  Still, that didn't cost the Nats the game. Not doing enough at the plate and one bad play from RZim cost the game.