Washington Nationals' manager Davey Johnson wants to send a message to the soon-to-be-crowned NL East Divison champs when the Nats play a three-game set with the Atlanta Braves this week in Nationals Park. Can the Nationals beat the Braves in D.C.?

Share All sharing options for: Davey Johnson Wants Nationals To Send Braves A Message This Week

"The difference really in the year is that we didn't hold our own with Atlanta." - Davey Johnson on Nats' 2013 campaign

Heading into this week's three-game set with the Braves, the Nationals are 4-12 against the NL East's first place team. The Nats are 0-6 against the Braves in Nationals Park in 2013, having been swept in each series in the nation's capital this season.

Over the weekend, Nationals' manager Davey Johnson made a few comments about sending the soon-to-be crowned 2013 NL East champions a message. Saturday's loss further damaged the Nats' already slim chances of making a return to the postseason, but Johnson said it was important that they just keep winning as much as possible until they're officially out.

"We're going to need a win tomorrow," Johnson said, "and then the next day and on down the road. Send a message to Atlanta when they come in."

The Nationals' record against the Braves, as Johnson explained, has a lot to do with where Washington finds itself right now. "The difference really in the year is that we didn't hold our own with Atlanta," the Nats' skipper admitted. "We played them a lot of close games, but we didn't hold our own with them. We need to at least send a message to them these next three days, that we're better than them. I think we're what, 4-12 against them? Something like that?"

"So they've been in good shape. A complete team, more so than we have, we've had some weaknesses against them." - Davey Johnson on season series with Atlanta

4-12, yes. Ten games out in the NL East. Outscored 63-37, though the Nationals lost two games with the Braves this season 9-0 and 8-1. Six losses have been one-run losses. Disagree with Johnson, if you like, but he doubled down on his comments.

"I've always believed we were better than them," the Nats' 70-year-old skipper said, "They had all the parts -- you know, I thought they made good moves in the offseason when they got more balanced with the right-handed bats in the lineup. They were basically a left-handed hitting club and the depth in their bullpen and the addition of [Jordan] Walden and [David] Carpenter to go along with [Craig Kimbrel] their closer. They had depth over there. I mean, they went and traded for [Scott] Downs when they lost [Jonny] Venters and [Eric] O'Flaherty.

"I think their bullpen is really set up good. So they've been in good shape. A complete team, more so than we have, we've had some weaknesses against them."

The Nationals who play the Braves this week are not the same team that dropped two of three in Turner Field to fall three games under .500 at 60-63 on August 18th at the end of the Nats' three-game set in Atlanta. Since then the Nationals are 19-7. The Braves are 13-12. The Nationals are 8-2 in the their last ten, the Braves, who've had the division locked up for a while now, are 4-6. They could win the division while they are in D.C.

Wilson Ramos Is A Horse Who's Strong As A Bull 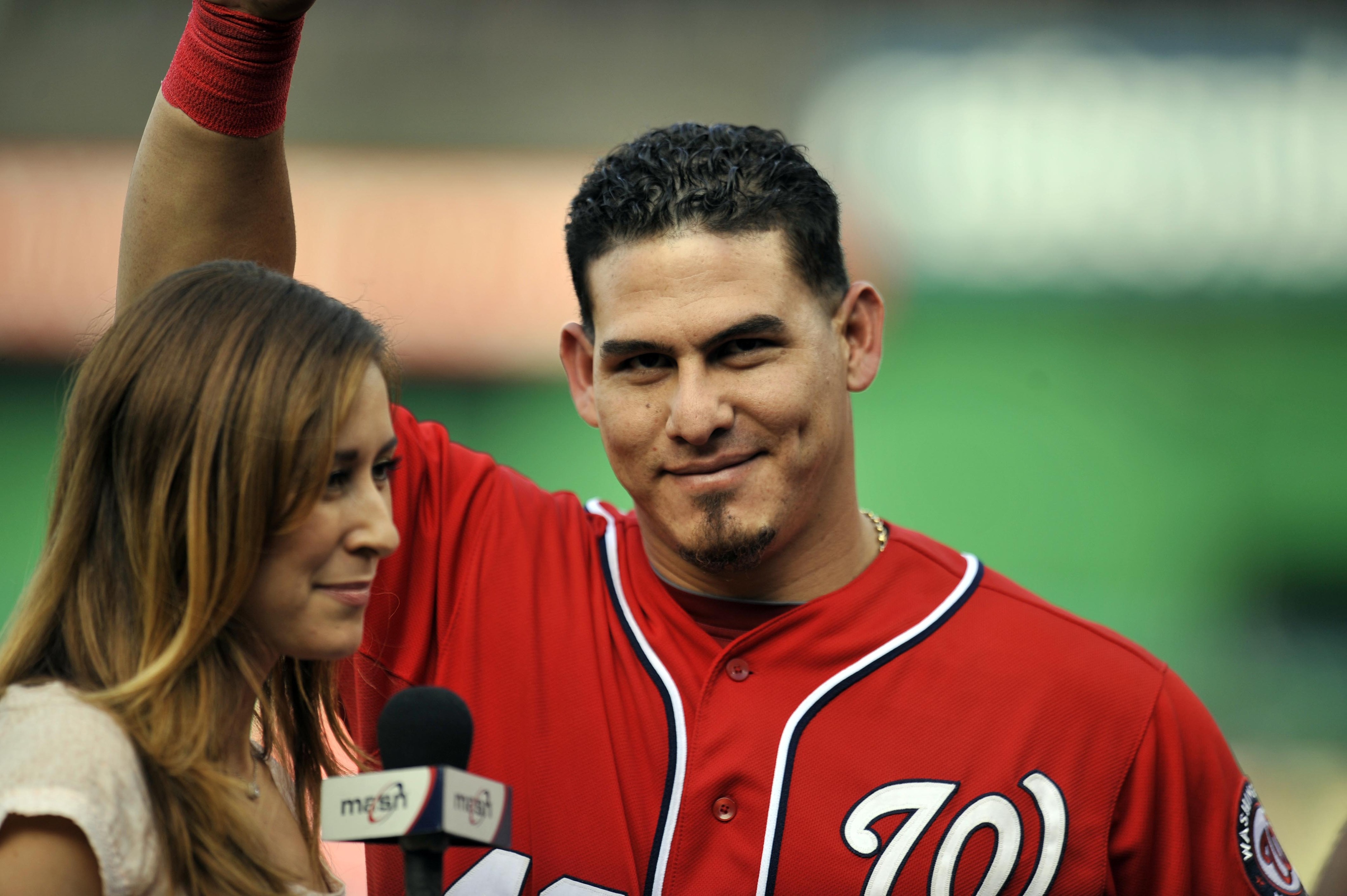 Davey Johnson would rather not watch the Braves celebrate in the nation's capital.

"We don't want that," Johnson said, before asking about the result of Atlanta's game with the San Diego Padres on Sunday.

"Did they lose today?" he asked