The Washington Nationals were mathematically eliminated from postseason contention last night. Davey Johnson's "World Series or Bust!" final season didn't go as planned and the big hole the Nats dug themselves early proved too deep to climb out of for the 2012 NL East champs...

Share All sharing options for: Davey Johnson On 2013 Nationals: "We Dug Our Own Hole."

John McLaren managed the Washington Nationals for a three-game series in Chicago with the White Sox in the immediate aftermath of Jim Riggleman's resignation in late June of 2011, but Davey Johnson had already been named the fifth skipper of the third major league team to call the nation's capital home. Johnson, who had served as a bat boy for the Washington Senators in his youth, took over on the bench on June 28, 2011 in LA, where the Nationals took on the Angels in Angel Stadium, 36 miles away from where Johnson had held his last managing gig with the Dodgers eleven years earlier.

"Winning the pennant. Winning the division. Winning the National League," Johnson told reporters. "I couldn't have said that last Spring." - Davey Johnson in 2011 on goal for 2012

Over 83 games in 2011, in which the Nats were 40-43, Johnson became convinced that he was the right person to lead the Nationals in 2012. The veteran of 13 seasons as a player and 15 as a manager thought then the Nationals were a team capable of making a run at the first postseason berth by a D.C.-based team in 79 years. His goal, as he told reporters after his return was officially announced, was a pennant.

"Winning the pennant. Winning the division. Winning the National League," Johnson told reporters. "I couldn't have said that last Spring. I didn't think the talent was ready, but after being there and seeing the progress that some of the young players made, I think we definitely can contend and I would be sorely disappointed if we didn't do just that."

The Nationals got there. To the surprise of many. With 98 wins a year after they won 80, the Nationals claimed their first NL East championship and brought postseason baseball back to the nation's capital for the first time since 1933. The Game 5, ninth-inning, blow-up/loss to the St. Louis Cardinals devastated D.C. The Nats made fans of many who'd ignored the franchise to that point and built up the sort of expectations that had many a preseason prognosticator predicting that the team would take things to the next level in 2013.

Going into what had already been declared his final season as a manager, Davey Johnson told reporters there was unfinished business and declared that he thought the defending NL East champs would take the next step.

"I said at the end of the year in '11," he reminded reporters, "that I wanted to be around because I thought this ball club, if we do the things I thought we were capable of doing, we could win the pennant."

"We came so far, and I've been with clubs where we made progress like the New York Mets when I first came in, and we won 90 games then 98, then 108. I think our organization, we're primed to take that next step. Normally, it takes longer than the process that I've‑‑ last year. We made giant steps last year.

"But I think we're in a perfect position to show the world that we're a pretty good damn ball club, and we can go farther into the postseason, and I want to be a part of that. I still have‑‑ I have a love of the game, and I have a love of this organization. World series or bust, that's probably the slogan this year. But I'm comfortable with that."

As Johnson put it during Spring Training, he didn't think there was any, "sense in romancing anybody." He was just saying what he believed and he knew his players felt. After seeing what he saw in 2011, Johnson reiterated, "I said if we play up to our potential we can win our division. And then, being as this is my last year, it wasn't any great, earth-shaking news, 'World Series or bust,' because I think that we've already won [the division], we've been in the postseason and with that experience and with the talent level that's here, our goal should be higher."

"I think that we've already won [the division], we've been in the postseason and with that experience and with the talent level that's here, our goal should be higher." - Davey Johnson on "World Series or Bust!"

While a hot start, (14-8 in April 2012), good first half (49-34) and strong finish (49-30 in the second half, 18-13 in September/October), earned the Nationals their first NL East title, a slow start to the 2013 campaign (13-14 in April, just above .500 in the first half 48-47 and five games below .500 in July, 11-16) doomed the Nationals. A 32-16 run in August/September wasn't enough to keep them from being mathematically eliminated from contention for a second straight postseason berth last night with their loss in St. Louis and the Cincinnati Reds and Pittsburgh Pirates' wins.

"I don't feel too good," Johnson said after a 4-3 loss to the same Cardinals who finished their 2012 season handed them their 73rd loss of 2013. "We gave it a good fight, we've just come up short. It was going to be a tough haul, but I'm proud of the guys. We battled. Now we're spoilers, so it's not over for us. We still have a say in this thing. But it's tough. You put the uniform on to win and we didn't get it done, so I feel bad for everybody."

The Nationals' 70-year-old skipper agreed with a reporter who suggested the slow start ultimately doomed the Nats this season. "No doubt about it," he said, "We dug our own hole and we just couldn't dig out of it, so now we can make it miserable for somebody else."

"We dug our own hole and we just couldn't dig out of it, so now we can make it miserable for somebody else." - Davey Johnson after loss to the Cardinals last night

A spoiler role for the Nationals in the last five games of the season is not a satisfying conclusion for anyone. But it was fairly simple in the end. Some players who may have overachieved in 2012, underachieved or at least failed to reproduce the same results. A few moves made to strengthen a formidable roster didn't pay off. A talented team didn't play like one for 3/4s of the season.

Dan Haren started in 11 straight losses between May 14th and July 27th. Denard Span suddenly stopped hitting lefties. So did Adam LaRoche and Bryce Harper. Harper got hurt and missed a month and played at less than 100% for longer than he would admit until later. The pitching wasn't nearly as consistent or injury-free as it had been in 2012. Ryan Zimmerman didn't recover from surgery as quickly as expected. Danny Espinosa struggled and never recovered his bearings at the plate. Plus, the baseball gods were against the Nationals for shutting Stephen Strasburg down in late 2012 in an objectionable and scorn-worthy display of hubris. 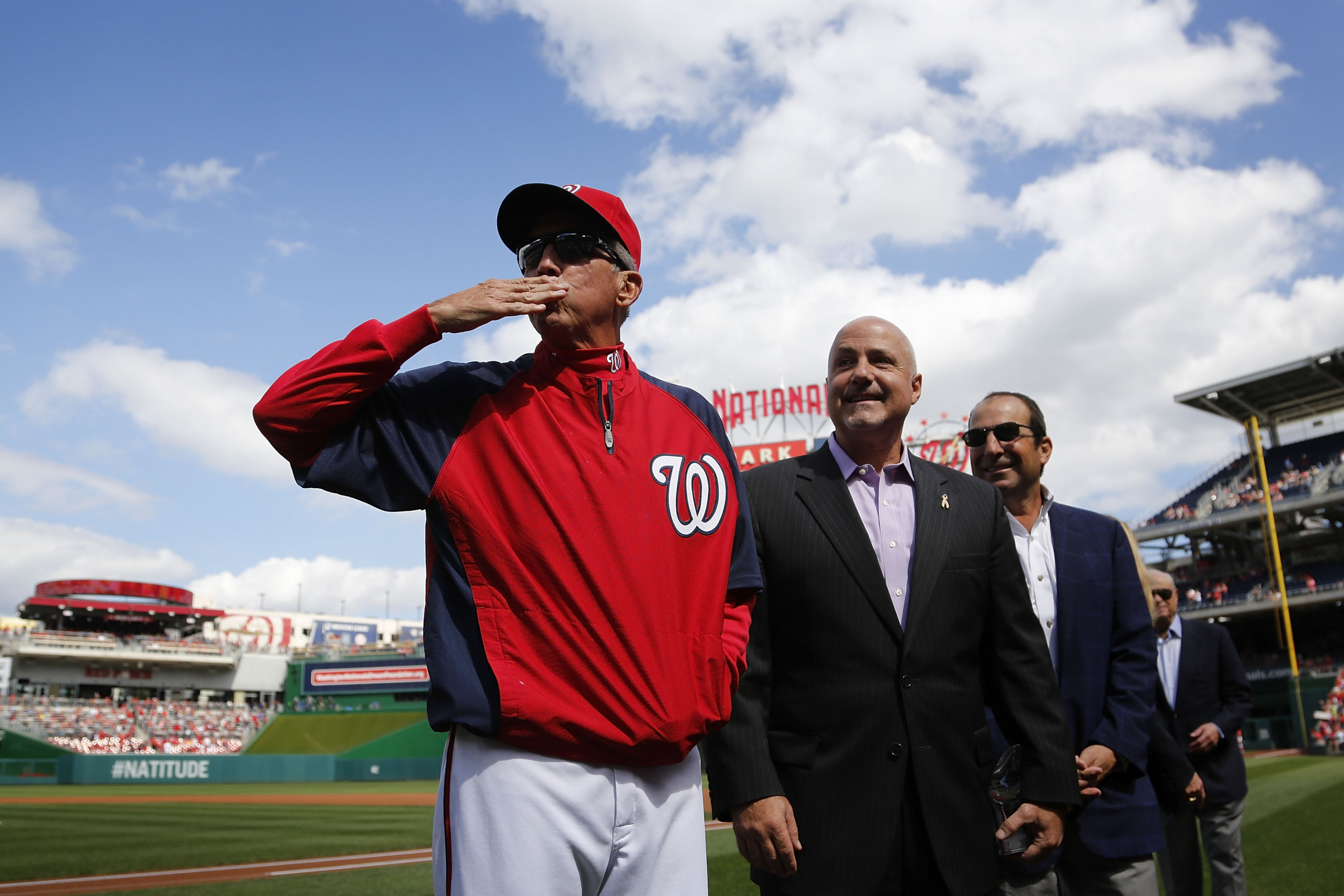 "We didn't do the things we were capable of early," Davey Johnson said last night in Busch Stadium, pointing to a more realistic reason for the disappointing end to the Nats' late-run at a postseason spot. "We came back strong," Johnson added, "but that's baseball. I love those guys. Great talent. Great makeup, we just didn't get it done."