Everyone Loves The Nationals' Trade For Doug Fister

With the addition of right-hander Doug Fister, the Washington Nationals have assembled one of the strongest rotations in baseball for the 2014 campaign. After spending big dollars on pitching in each of the last two seasons, the Nationals finally have a controllable, affordable fourth starter for 2014-15.

Share All sharing options for: Everyone Loves The Nationals' Trade For Doug Fister

Former Washington Nationals' GM and current  ESPN writer and Sirius/XM MLB Network Radio host Jim Bowden gave the Nats an "A" for the winter on his mid-December report cards, noting that they brought Matt Williams in, added Jerry Blevins to the bullpen, signed Nate McLouth for the bench and acquired Doug Fister for the rotation to fill all four of their obvious needs. And Fister in particular, Bowden wrote, was acquired in return for three "nonelite" players in Steve Lombardozzi, Ian Krol and Robbie Ray.

"He's a sinkerball/slider-type of guy who throws a lot of ground balls. Doesn't walk anybody and pitches a lot of innings..." - Nats' GM Mike Rizzo on Doug Fister on 106.7 the FAN in D.C.

Bowden's colleague at ESPN, Buster Olney, ranked the Nationals third overall on his list of the 10 Best Rotations in the majors, behind only the Los Angeles Dodgers and Detroit Tigers, who dealt Fister, but had Drew Smyly in house to replace him. The Nationals had the seventh best ERA amongst starters last season, Mr. Olney noted, and that was before adding Fister to the mix with Stephen Strasburg, Jordan Zimmermann, Gio Gonzalez and either Ross Detwiler, Taylor Jordan, Tanner Roark or Ross Ohlendorf.

Which FBB Posters Were Most Active In 2013? Nationals Top 10 Prospects - FanPost by jeff550

USA TODAY writer Paul White named Fister, who is due a nice raise after he avoided arbitration by signing a 1-year/$4M deal last January, as his ideal fourth starter for a post in which he assembled a fantasy roster that he explained is not necessarily an, "...all-star team but rather a realistic 25-man roster: a No. 1 starter, No. 2 starter, No. 3 starter, etc., a bullpen with each role covered, a starting lineup and a complete bench." 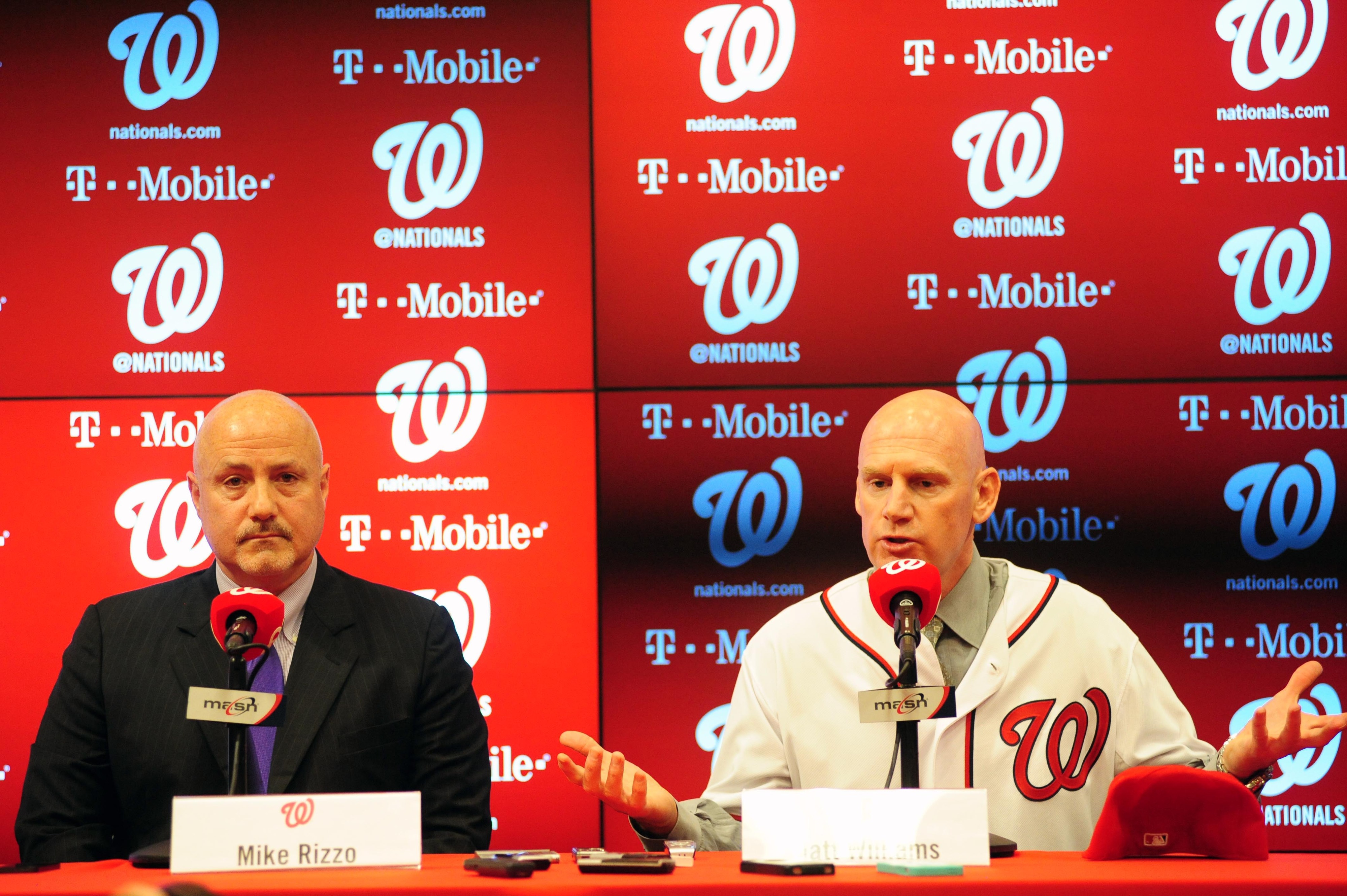 Naionals' GM Mike Rizzo's counting on the Nats' infield defense to help Fister improve on those numbers. "'With our defensive alignment I think that he’ll thrive here,'" Rizzo told reporters, including the Washington Post's Adam Kilgore, after the trade with Detroit. "'He’s a guy that does a lot of the little things that will really translate into the National League.'" Fister's due to get a raise with informed guesstimates putting his 2014 salary somewhere around $7M and he's under team control for 2015 as well. After giving Edwin Jackson (+2.2 fWAR) a 1-year/$11M deal in 2012 and Dan Haren (+1.5fWAR) $13M last season, Fister at $7M only makes the Nats' trade for the right-hander look better and better.