Rather than go with Danny Espinosa down the stretch after Ryan Zimmerman injured his hamstring, the Washington Nationals acquired Asdrubal Cabrera from Cleveland. If Cabrera opts for free agency, will the Nats go to the trade market again?

Ryan Zimmerman went down with a Grade 3 hamstring strain on July 22nd in Colorado. With the non-waiver trade deadline approaching, the Washington Nationals were faced with a decision: Stick with what they had, and send infielder Danny Espinosa out at second base, or make a deal for another infielder since there was no one in the organization they deemed ready to step in on an everyday basis?

Espinosa, 27, saw significant time in the Nats' infield with Zimmerman on the shelf with a fractured thumb that kept the third baseman out of the lineup from mid-April through the beginning of June, and filled in again when the veteran infielder went down with the hamstring injury.

"And when Zim went down, to protect ourselves we felt that we should go out and get ourselves a good veteran person to fit into the lineup." -Mike Rizzo on acquiring Asdrubal Cabrera at the 2014 Trade Deadline

When Zimmerman suffered the hamstring injury, and the Nats faced the prospect of going into the last two months of the season without him, Nats' GM Mike Rizzo made a deal with Cleveland, acquiring 28-year-old infielder Asdrubal Cabrera in return for 24-year-old infielder/outfielder Zach Walters.

"Like we've always said, we like the team that we have,'" Rizzo told reporters after the deal. "'And when Zim went down, to protect ourselves we felt that we should go out and get ourselves a good veteran person to fit into the lineup.'"

They didn't acquire a backup infielder, however. Cabrera stepped in at second base immediately and Espinosa returned to the bench.

"'If he can help us win and push to the playoffs and the World Series, that’s great,'" Espinosa told the Washington Post's Adam Kilgore. "'That’s the role that I’ve been asked to do. I’ll do it to the best of my ability.'"

Cabrera put up a .229/.312/.389 line with nine doubles, two triples and five home runs over the final 49 games and 200 plate appearances of the 2014 campaign, but part of the reason the Indians dealt him is that he was headed for free agency this winter.

After two months and a quick postseason run with the Nationals, Cabrera told reporters, including the Washington Post's James Wagner, that he would consider staying in the nation's capital, though it wasn't up to him.

Cabrera, who will be part of a relatively weak free agent class of shortstops if he does leave the Nats, did say he would be willing to play second for a contender.

If the Nationals allow Cabrera to walk, they'll likely be in the market for a second baseman again unless they give Espinosa another chance. Could a right-hand only Espinosa be the answer? He has, of course, discussed potentially giving up switch hitting, but there's no guarantee that will turn things around for the 27-year-old infielder.

Former General Manager Jim Bowden wrote this morning on ESPN.com that though the Nationals would like to bring Cabrera back to play second, "the asking price will probably be too high for them to retain him."

In Bowden's opinion, if Cabrera departs, "the Nationals won't look to give Danny Espinosa another chance at second base," but will instead look at the trade market with the Rangers' Rougned Odor or Jurickson Profar, D-Backs' Chris Owings, Padres' Jedd Gyorko and Dodgers' Alex Guerrero mentioned as potential targets.

NatsInsider.com's Mark Zuckerman too mentioned the "Rangers, Diamondbacks and Cubs" as potential trade partners should the Nationals go that route.

Can the Nationals rely on Ryan Zimmerman at first in 2015? 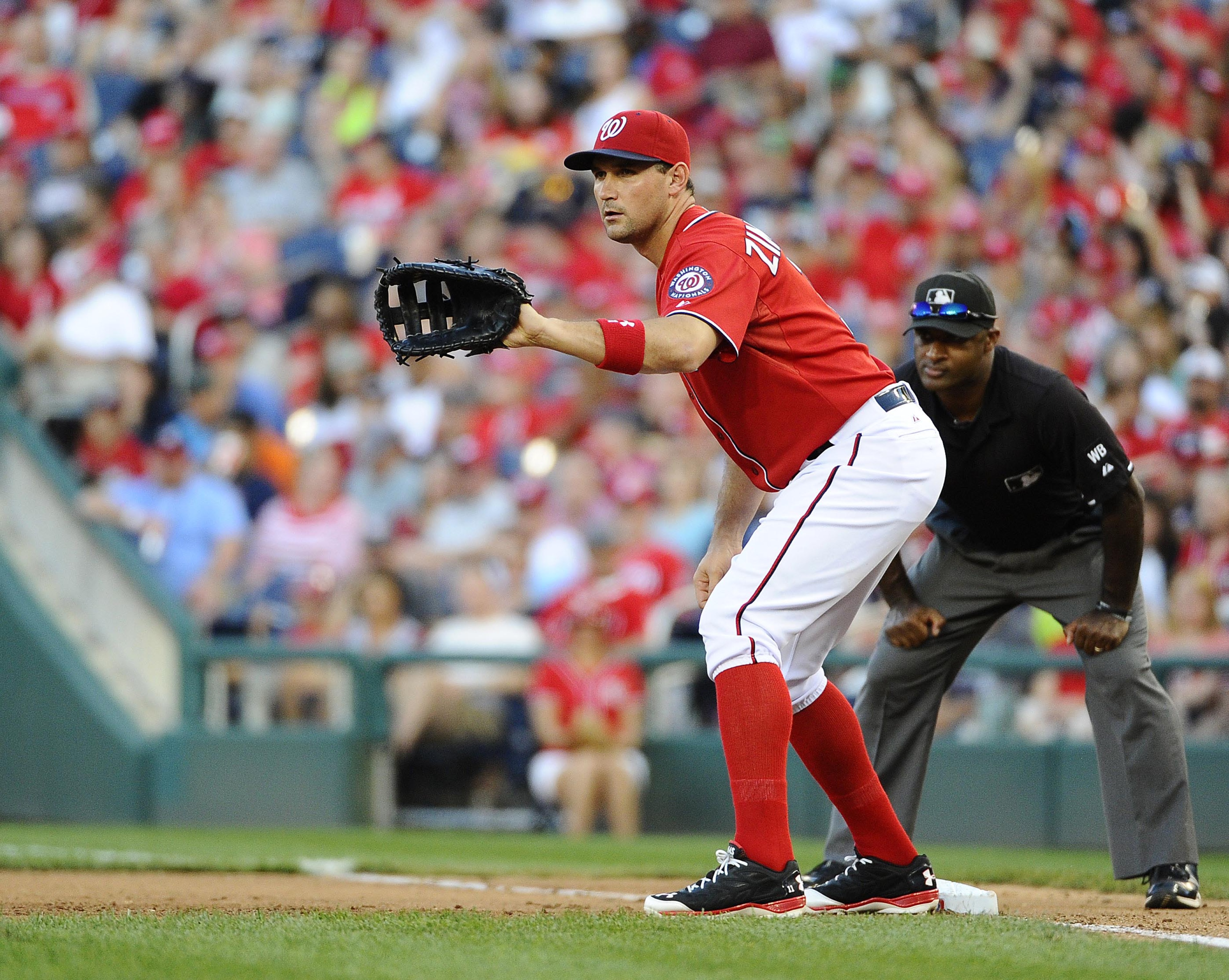 ESPNChicago.com's Doug Padilla wrote earlier this month about the White Sox potentially dealing one of the three second baseman that will fight for a starting role next season.

Espinosa as a defensive replacement and backup shortstop plays regardless how he hits, but what chance is there that the Nationals will give him another opportunity to win the starting job?

If Cabrera doesn't come back, can Rizzo find a second baseman that can step in and help the Nationals get back to the postseason again after this year's run ended in disappointment?