Nats offseason storylines: The search for the Nationals' next second baseman

Will Asdrubal Cabrera come back to play second in the nation's capital? Will the Washington Nationals find their next second baseman on the trade or possibly the international market? Will Jose Fernandez or Kang Jung-Ho be the next Nats' 2B?

Share All sharing options for: Nats offseason storylines: The search for the Nationals' next second baseman

When the rumor mill was churning before the non-waiver deadline this past July, there were reports, including one by FOXSports.com's Ken Rosenthal, that had the Washington Nationals "actively" searching for a young shortstop.

As the bow-tied reporter wrote at the time, the Nationals, unsure what the future held for incumbent shortstop Ian Desmond, were interested in middle infield depth and someone who could potentially be an everday shortstop, "... who could inherit the position if Ian Desmond departs as a free agent after 2015."

"'When Zim went down, to protect ourselves we felt that we should go out and get ourselves a good veteran person to fit into the lineup.'" -Mike Rizzo on acquisition of Asdrubal Cabrera

Washington Post writer Adam KIlgore too reported at the time that "one National League general manager familiar with the Nationals’ thinking" told him the Nats, believing there was a lack of infield depth in the organization below the major league level, "... have focused on adding young shortstops to their minor league system."

In a subsuquent story, the WaPost beat writer mentioned a report by Boston Globe writer Nick Cafardo, which said that the Detroit Tigers were at least considering the possibility of trading 24-year-old shortstop Jose Iglesias, who missed the entire 2014 campaign with stress fractures in both legs, while also noting that current Nationals' Director of International Scouting Johnny DiPuglia was in a similar role in Boston when the Red Sox signed Iglesias out of Cuba.

"Scouts," Cafardo wrote, are, "...hearing the Tigers are really impressed with rookie shortstop Eugenio Suarez and may trade Iglesias, who has missed this season with stress fractures in both shins."

In an interview with reporters this week, Tigers' GM Dave Dombrowski told reporters including Detroit Free Press' writer Anthony Fenech, that if Iglesias is able to come back from the stress fractures in his shins, and, "... returns to the form that he was in the past, which they tell me he will... then he would be our regular shortstop because he's a very, very good shortstop."

The Nationals didn't acquire a young infielder at the deadline, of course, though they did acquire Asdrubal Cabrera from the Cleveland Indians when Ryan Zimmerman went down with a hamstring tear.

Cabrera expressed interest in remaining in the nation's capital after a 49-game run with the Nationals over which the 28-year-old infielder put up a .229/.312/.389 line with nine doubles, two triples and five home runs in 200 PAs.

When the Nats acquired Cabrera, he played second base after years at short and Danny Espinosa went back into the utility role he started the season in, before the first of two injuries which kept Zimmerman out of the lineup pressed the 27-year-old '08 Nats' 2nd Round pick into everyday action.

"'A lot of good guys. A good team. I would love to stay here. But it’s not my decision.'" -Asdrubal Cabrera on time with Nats to Washington Post writer Adam Kilgore

If the Nationals don't bring Cabrera back, as the WaPost's Mr. Kilgore noted in a recent article about the infielder's interest in coming back for a second year in D.C., they would likely be back in the market for a second baseman since the depth in major-league-ready infielders in the organization remains an issue.

"There are no prospects in the system ready to play second in the majors on a daily basis," Kilgore wrote. "Danny Espinosa struggled offensively this season and returned to a backup role after the Nationals traded for Cabrera."

Did anything Espinosa did last season convince Nats he could be an everyday second baseman? Will he actually stop trying to hit from the left side?

What are the chances that "Right-Side Only" Espinosa is the answer at second?

Any chance the Nationals turn to the international market?

A day later, FOXSports.com's Jon Morosi reported that the infielder had, in fact, defected:

Cuban 2B Jose Fernandez has defected and is seeking an MLB contract, sources confirm. He's regarded as a big league player.

The infielder will, however, have to go through the months-long process of establishing residency in another country and then, ".... be cleared by the United States’ Office of Foreign Assets Control, and be declared a free agent by Major League Baseball," as MLBTraderumors.com's Jeff Todd wrote this past week.

FOXSports.com's Jon Morosi spoke to a scout on Saturday who provided some perspective on what to expect from the soon-to-be free agent:

Bjarkman: 2B Jose Fernandez "should be able to play in the big time" but not deserving of contract on order of Abreu, R. Castillo, or Puig. 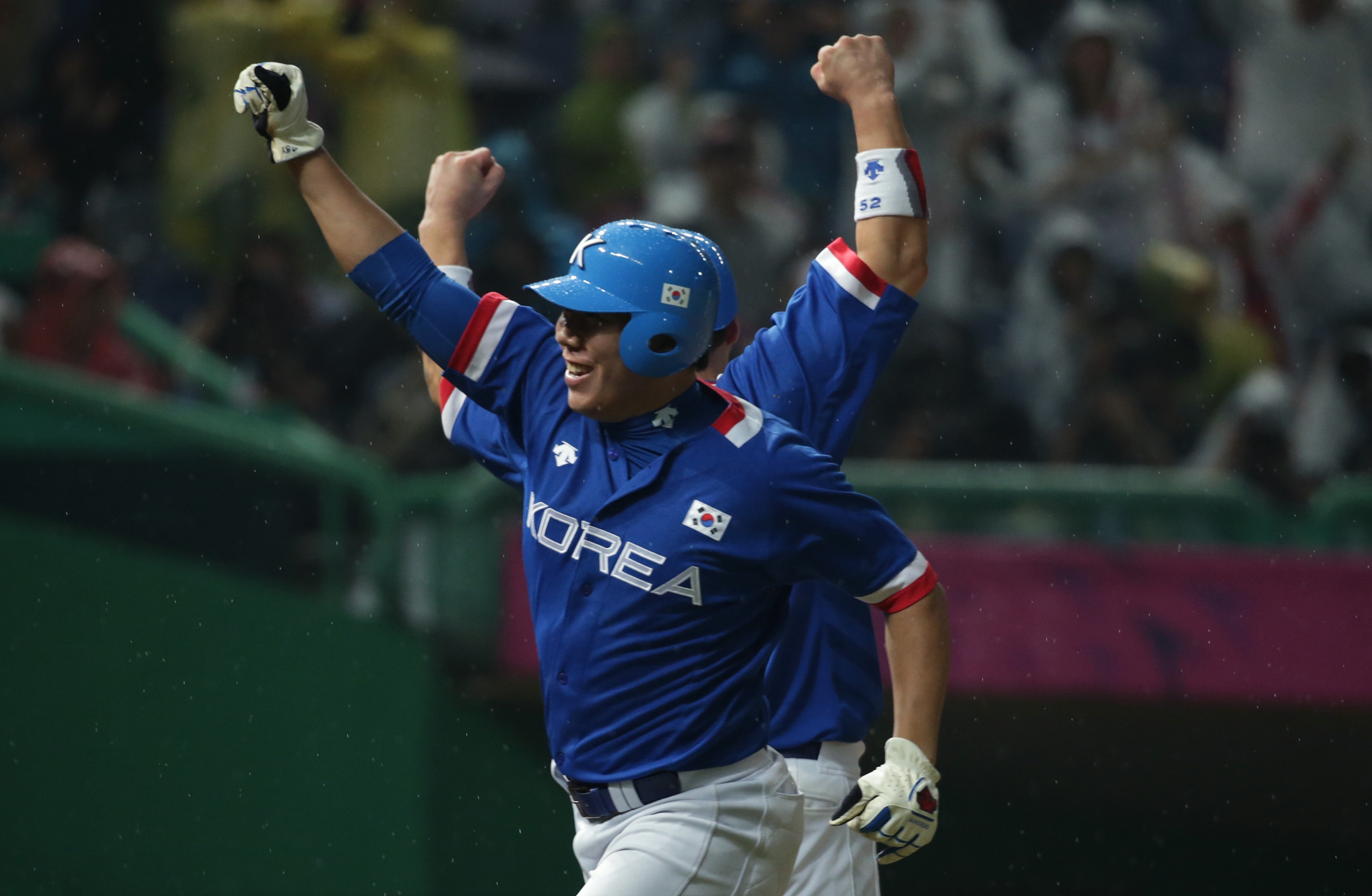 Could the Nationals find their second baseman on the international market?

Could it be Korean second baseman Kang Jung-Ho? <-- this is a link

Should the Nationals risk giving a deal for somewhere between what Guerrero and Arruebarruena and Abreu and Castillo received or give that same kind of money (or less?) to Cabrera, who is 29 years old, but more of a known commodity?

Will Cabrera, in a weak shortstop market, find a better deal playing short outside of the nation's capital? Do Emilio Bonifacio or any of the other free agent second basemen make sense for the Nationals?

Who is the young, controllable, major league-ready second baseman out there that Rizzo will inevitably end up acquiring to everyone's surprise?