Washington Nationals' right-hander Doug Fister beat Madison Bumgarner and the San Francisco Giants in June in AT&T Park. Can he do it again and keep the postseason alive for the NL East champs from the nation's capital? 5:00 PM EDT...

Though the Nationals' 6'8'' starter put runners on in all but one inning, Fister held the Giants off the board while a sac fly and RBI single by Denard Span and Jayson Werth, respectively, in the fifth, gave the Nats all they needed to win.

Rafael Soriano gave up a run in the ninth, but preserved the lead. Fister earned his fifth win of the season, and his fifth straight after losing his first start for the Nats, giving up eight hits and one walk.

"He was aggressive as usual. In the last inning things got a little out of whack. Ball got up a little bit more than normal, but I think he battled. I think he was fine." - Matt Williams on Doug Fister vs the Giants in June

"I thought he pitched really well," Matt Williams told reporters after the game.

"He was aggressive as usual. In the last inning things got a little out of whack. Ball got up a little bit more than normal, but I think he battled. I think he was fine."

"Well pitched game on both sides," Giants' skipper Bruce Bochy said. "We had some chances there and the guys have done such a great job of finding a way to get that hit, but tonight it eluded us. You give their pitcher credit, he's been on a good roll. He's won five in a row and he pitched great tonight and he made pitches when he had to."

Bumgarner, who came out on the winning end when he and Fister matched up in Game 2 of the World Series in AT&T in 2012, took the loss that night after giving up eight hits and two earned runs in seven innings.

Fister made his second regular season start against San Francisco on August 22nd in the nation's capital, giving up seven hits, a walk and four earned runs in a 10-3 loss.

The four runs came on a three-run home run by Giants' second baseman Joe Panik and a solo blast by Buster Posey.

I've got to be better," Fister said after the less-than-stellar start.

"I just wasn't sharp, left too many balls over the plate."

"It's not a bad start," Williams said afterwards.

"They took two really good swings and that gave them their four runs. But nobody is going to be good every single time. And I'm sure if you ask him he wasn't as crisp as he'd like to be..." -Matt Williams on Doug Fister vs the Giants in August

"They took two really good swings and that gave them their four runs. But nobody is going to be good every single time. And I'm sure if you ask him he wasn't as crisp as he'd like to be, but he battled."

The Nationals turn to Fister against the Giants again this afternoon in Game 3 of the NLDS after they dropped the first two games of the best-of-five series this weekend in D.C.

Williams was asked yesterday if Fister's history of pitching in the AT&T Park in the World Series will help him in any way?

"Doesn't matter where he pitches," Williams said. "It could be here, it could be D.C., it could be the moon, doesn't matter. He's going to work fast and change speeds and throw strikes. That doesn't‑‑ it never changes with him.

"Certainly experience within the playoffs and World Series helps everybody, and has a chance to experience it, but he's unfazed."

"I think it's definitely a benefit with having some experience," Fister told reporters. "This is still a game of coming out here, preparing, making sure that you know you've done the work that you've presented for yourself.

"But it just comes down to executing, and that is a big thing. You know, these guys have played well for a long time and they are on quite a roll. But at the same time, we have been backed into a corner before. We've been through a lot of ups and downs, and I think that's something that's definitely going to help us here where we're down 0‑2."

The Giants turn to Bumgarner with a chance to sweep the series. His last start was in the Wild Card Game with the Pittsburgh Pirates last Wednesday night in PNC Park, where he threw a complete game shutout, giving up four hits and a walk while striking out ten.

After he watched the first two games of the NLDS, Bumgarner was asked yesterday for his impression of the Nats?

"The first two games, there's been a lot of really good pitching on both sides," Bumgarner said. 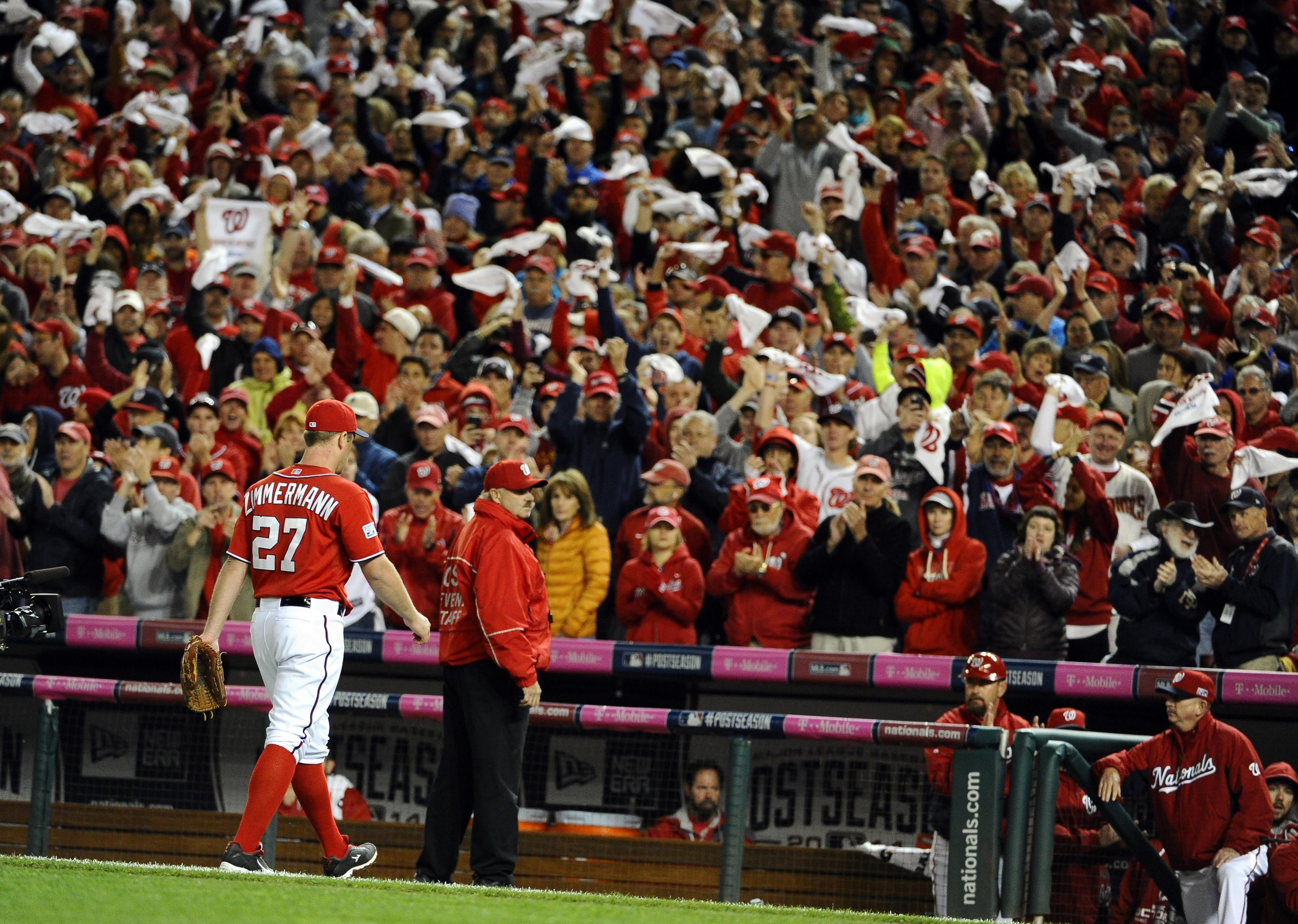 "And the ball has happened to bounce our way, you know, more times than it has theirs so far. We've been fortunate on that. There's a reason they have the best record in the National League.

"So, you know, like I said, we all know once you get to the post‑season, anything can happen. But we've got to come in and we can't afford to lose any focus because we've been in their spot, and we've come through the other side. So we have to maintain what we're doing and just stay hungry."

Can the Nationals stave off elimination for another day and give themselves a chance to tie it up on Tuesday and send the series back to Nationals Park?

Can Doug Fister, acquired this winter to bolster the rotation, beat the Giants and keep the Nats' 2014 campaign alive? Can Bumgarner send the San Francisco to the NLDS? We'll find out at 5:00 PM EDT...