Tanner Roark told reporters that he would be working out of the bullpen in the NLDS before he made his first relief appearance of the season late in the 18-inning Game 2 in the nation's capital.

In spite of the 27-year-old right-hander's success as part of the Nats' rotation, the decision was made to go with Gio Gonzalez if/when he was needed in the best-of-five series with San Francisco.

"Over the last six weeks, he's given us really good pitching performances. His numbers the last month of the season, especially, last four starts, were fantastic." -Matt Williams on Gio Gonzalez starting Game 4 of the NLDS

Williams said the way Gonzalez wrapped up the regular season convinced him to go with the left-hander in the rotation in what's ended up being a must-win Game 4.

"Over the last six weeks, he's given us really good pitching performances," the first-year skipper said before the game on Monday.

"His numbers the last month of the season, especially, last four starts, were fantastic."

Starting a left-hander, Williams said, will likely force the Giants to make some changes too.

"It may change their lineup a little bit," he explained.

"It may not be so lefty‑heavy with Gio going tomorrow. So we'll see how that plays. But, you know, he's been really good. He's been going deep in games for us and using all of his pitches for strikes when he wants to. So hope for more of the same tomorrow."

Gonzalez hasn't pitched in 12 days now, but he told reporters on Monday he's done everything he can to stay fresh and get ready for his third postseason start after he took the mound twice during the NLDS in 2012.

"Keep doing what I can to get ready. Still stretch, stay with the same routine. Know that it's not over yet, so for me, I've still got to prepare myself..." -Gio Gonzalez on staying sharp while waiting for first postseason start

"Keep practicing," the 29-year-old left-hander said. "Keep doing what I can to get ready. Still stretch, stay with the same routine. Know that it's not over yet, so for me, I've still got to prepare myself. I still have to get ready."

Ryan Vogelsong, who will try to save the Giants from having to make another flight across the country with a win in Game 4, hasn't pitched since September 26th.

So how did Giants' manager Bruce Bochy decide on Vogelsong as his fourth starter?

"He's a guy we have all the confidence in the world in," Bochy told reporters on Monday.

"He's been in this situation, and we're very confident with him out there. We are going to face another good starter, and it's going to be, I expect, a good, tight ballgame.

"Vogy is a guy that helped us in 2012 and he's got the experience. I think he's having an even better year than what the numbers showed. He's got good stuff." 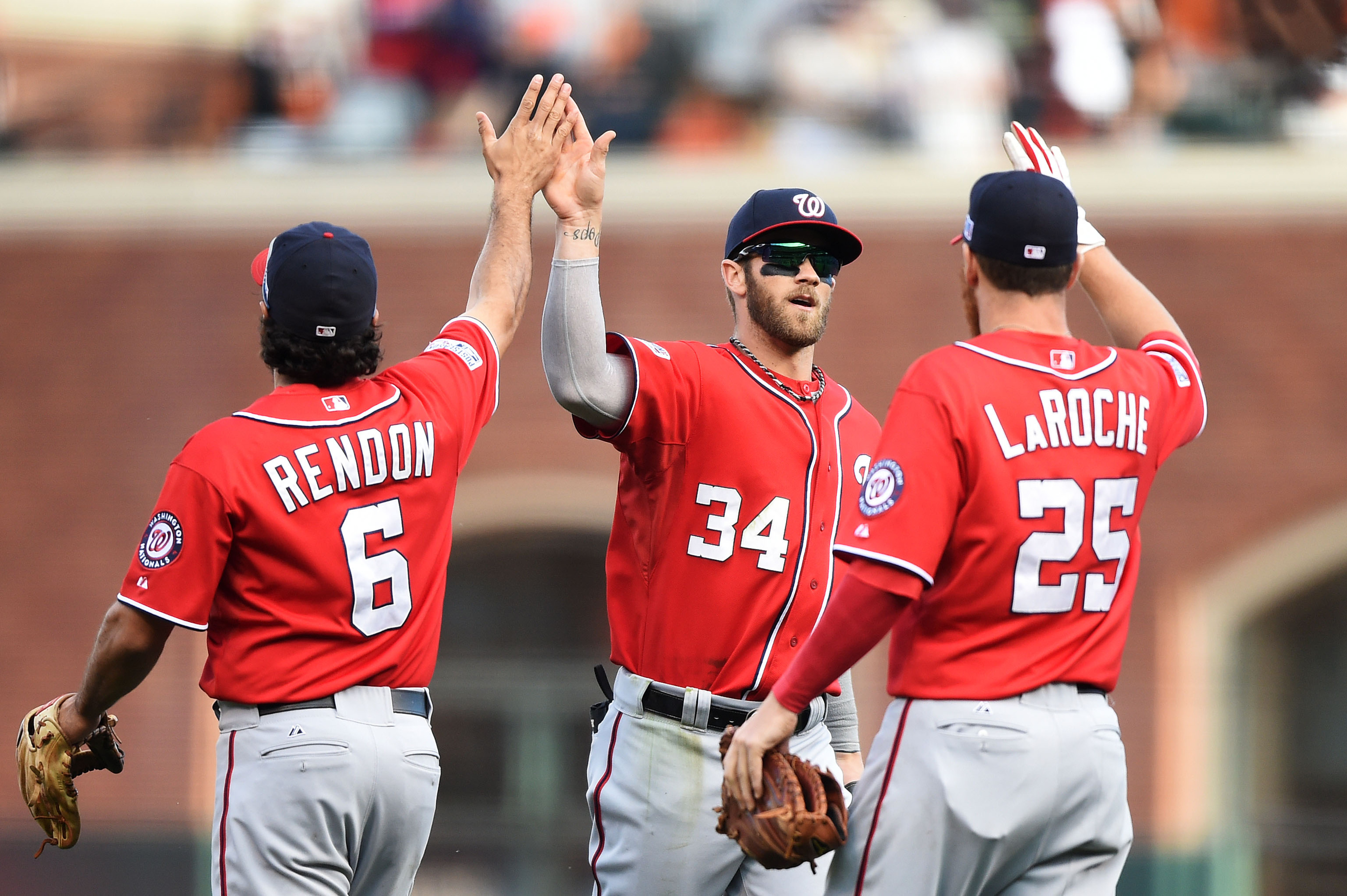 Vogelsong has had plenty of time to watch the Nationals during the first three games of the series, but he said when he takes the mound, it's all about executing his pitches.

"It's all execution," he explained. "It's all about making your pitches and hitting locations and changing speeds and doing all the things that make guys that are really good pitchers successful.

"So you can analyze at‑bats and swings all you want, but if you don't throw the ball where you want to, you know, the result is probably not going to be too good."

Can Gonzalez outduel Vogelsong and keep the Nationals' season alive?

"We've got an opportunity to win the game...That's our objective & that's our mind set."-Matt Williams #IBelieve pic.twitter.com/PauM4P6PZh