Will Denard Span return to the Nationals in 2015?

"D-Span was a guy that I thought was a better hitter the last day of the season than he was when we first got him," Nationals' GM Mike Rizzo told 106.7 the FAN in D.C.'s Grant Paulsen and Danny Rouhier when asked about Denard Span's future today.

Share All sharing options for: Will Denard Span return to the Nationals in 2015?

He wasn't the only one, of course, but Denard Span, in his own words, didn't play up to his capabilities in the NLDS.

The Washington Nationals' leadoff man and center fielder went 2 for 4 in the Nats' 4-1 win in Game 3, but those were his only two hits of the series with the San Francisco Giants.

"It starts with me at the top and I didn't do my job. A lot of us didn't do our jobs, so it's too bad." -Denard Span on his performance in the NLDS

"We had a good season, we had a good run. A lot of good things happened this year for us, but it still hurts. Just got to regroup and get ready to go for next year, I guess."

Span, in particular, put together a strong regular season in his second year in the nation's capital, hitting a career-high 39 doubles, eight triples and five home runs, stealing a career-best 31 bases and posting a .302/.355/.416 line in 147 games and 668 plate appearances over which he was worth +3.8 fWAR.

"D-Span was a guy that I thought was a better hitter the last day of the season than he was when we first got him." -Mike Rizzo on Denard Span on 106.7 the FAN in D.C.

Was Span's regular season performance enough to convince Nats' GM Mike Rizzo to pick up his $9M club option for 2015?

There are a lot of things to consider?

Are in-house options like Michael Taylor or Steven Souza ready to step in?

Rizzo moved Bryce Harper out of center to a corner spot when he acquired Span, and said then that the soon-to-turn 22-year-old outfielder projected as a corner outfielder.

So is another year of Span in center coming?

Rizzo was asked this afternoon in his last appearance of the season with 106.7 the FAN in D.C.'s Grant Paulsen and Danny Rouhier how he determined whether a player like Span, who will turn 31 in February is likely to duplicate his numbers in the next year or begin to decline as many players with his skill set do when they reach their 30s?

Breaking down the Nats Game 4 loss to the Giants 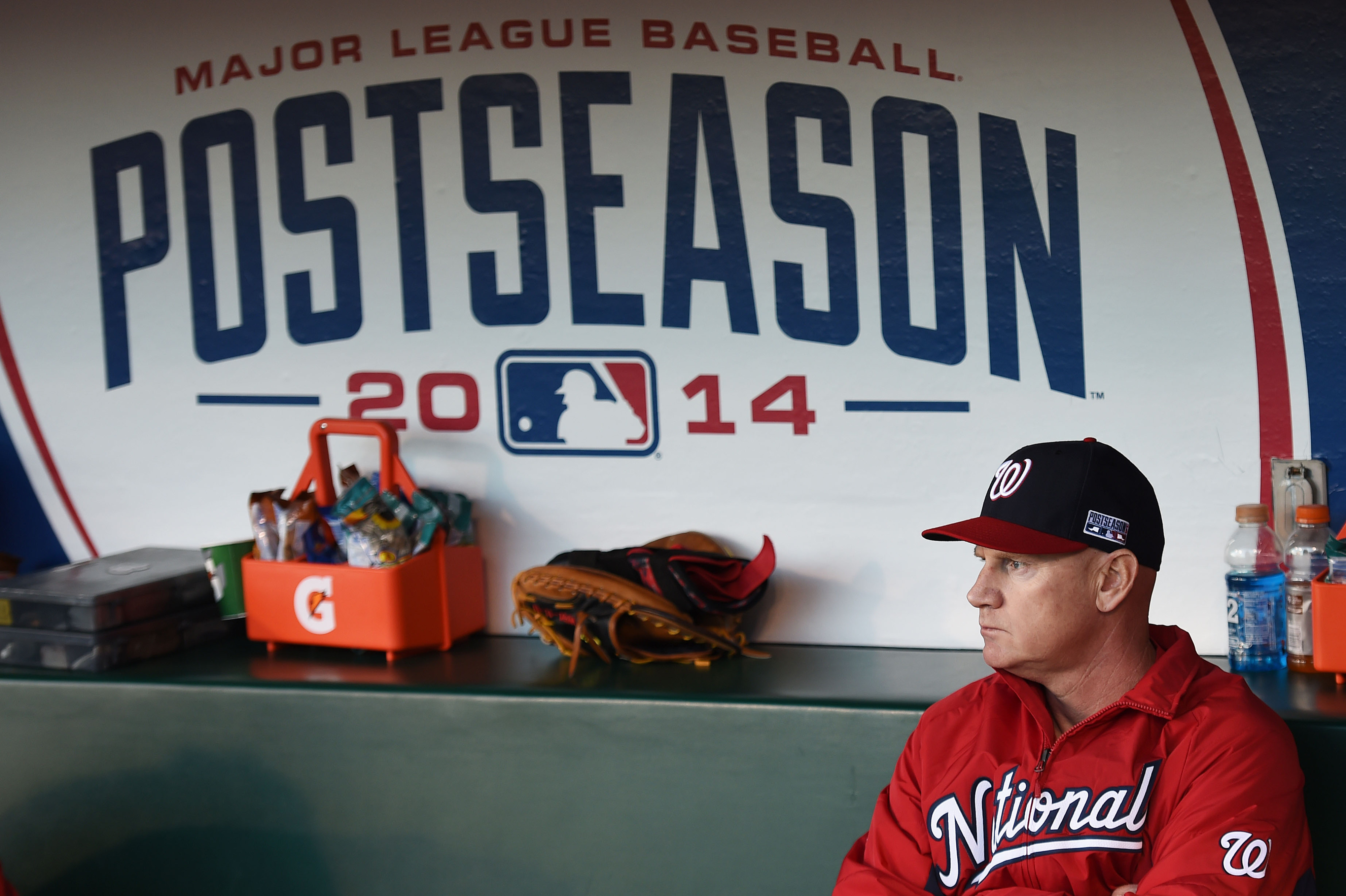 "It depends on the history of the player," Rizzo explained. "What does his health look like? How does he prepare? What is his mental outlook and where is he at in his career? Is his career in decline, has he flatlined or is there some incline left?

"D-Span was a guy that I thought was a better hitter the last day of the season than he was when we first got him. So I see his career path as a guy that is still a very vital player and has a great skill set and what you lose with another year of age, you gain in experience and I think D-Span has been a guy who has really grown in his role as a leadoff man and defensive stalwart in the outfield and is a guy that has a lot of good years left."