In his second major league season, 2011 1st Round pick Anthony Rendon finished at +6.6 fWAR, good for second-best in the National League. ESPN.com's Buster Onley ranked Rendon second overall on his list of the best third baseman in MLB today.

Share All sharing options for: Nationals' 3B Anthony Rendon ranked second-best third baseman in MLB according to Buster Olney

"He was impressive when he came in last year," now-former Nationals' manager Davey Johnson told reporters in early 2013 in discussing then-22-year-old infielder Anthony Rendon, Washington's 2011 1st Round pick, who made a strong impression on the veteran skipper in their first Spring Training together in 2012.

Unfortunately, an ankle injury limited Rendon to a total of 43 games and 160 plate appearances in his first professional season, but he returned to action at the end of the summer and went to the Arizona Fall League to get in as much work as he could once he was healthy.

"He's got an idea on how to get that bat on the ball. Got good hands. Good stroke. And he can play a lot of positions." -Davey Johnson on Anthony Rendon, ST 2012

"He's got an idea on how to get that bat on the ball," Johnson said that Spring. "Got good hands. Good stroke. And he can play a lot of positions."

"We may shift him around a little bit because we want [Matt] Skole to play a little of third base also in Double-A," Nats' GM Mike Rizzo told MLB Network Radio hosts Jim Bowden and Casey Stern in January of 2013, "but we think his primary position is at third base but he's athletic enough to play shortstop and second base."

Rendon started the 2014 campaign at second, but moved over to third base when Ryan Zimmerman struggled with thumb and hamstring injuries and when Zimmerman returned to the lineup, Nationals' skipper Matt Williams made the decision to stick with Rendon at third base.

"Tough out. Very good third baseman. Runs well. This guy is a really nice player. He probably could play anywhere in the infield." -Bruce Bochy on Anthony Rendon, October 2014

On Sunday, ESPN.com's Buster Olney ranked Rendon second overall on his list of the top third basemen in the game, behind only the Oakland A's Josh Donaldson.

Rendon, who walked more than he K'd in college, impressed scouts who saw him at Rice according to Olney, who wrote that they, "... were struck by how calm he was in his plate appearances, how much command he seemed to have in his at-bats."

That calm approach at the plate has carried over to the majors, and as Olney, notes, Rendon finished his second major league season fifth in the voting for the National League's 2014 MVP... plus he's only 24, and just getting started.

"Great player. Solid all around," San Francisco Giants' manager Bruce Bochy said after watching Rendon go 7 for 19 (.368/.400/.368) in the infielder's first postseason action in the NLDS. 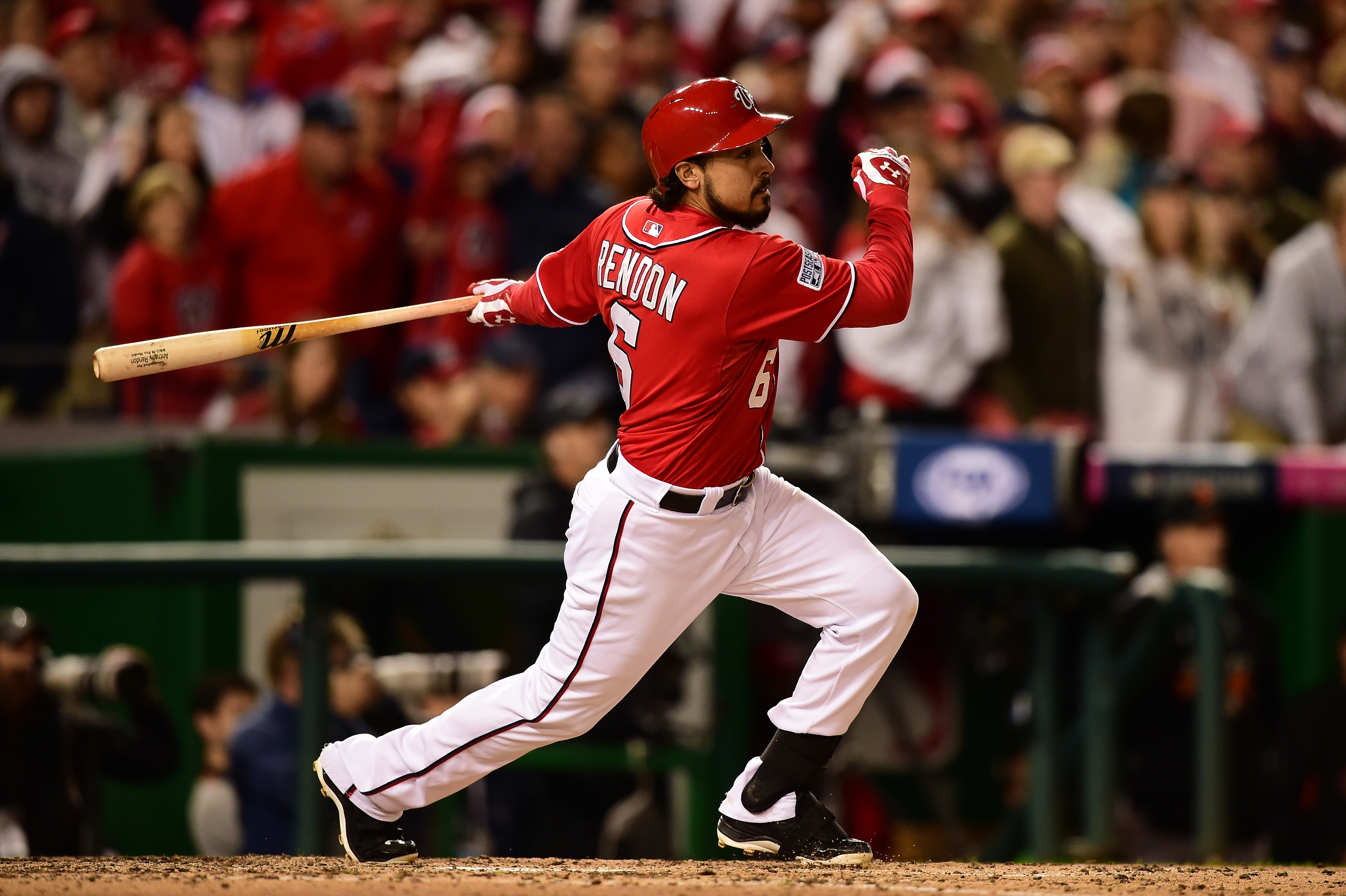 "Tough out. Very good third baseman. Runs well. This guy is a really nice player. He probably could play anywhere in the infield, too.

"I think Washington has a guy they are going to keep for a long time there."

"You look at him and go, he looks like a 30‑year‑old that's been in the league for six or seven years," Williams said in October. "We continue to forget how young he really is.

"But he's a professional hitter. He understands how to hit and what to do, and he's just continuing to do that."

How much better can Anthony Rendon get?