Washington Nationals' slugger Tyler Moore talked to reporters this weekend about being out of options and unsure what role the Nats want him to play in 2015. What does the future hold for the soon-to-turn 28-year-old outfielder/first baseman?

Tyler Moore knows what the stakes are heading into the 2015 campaign.

After back-to-back 31 home run seasons at High and Double-A in the Nationals' system in 2010-11, Washington's 27-going-on-28-year-old backup first baseman/outfielder broke through in a big way in 2012, coming off the bench for the NL East Champions, but he struggled in the same role in 2013 and made most of his trips to the plate at Triple-A Syracuse in 2014, posting a .265/.367/.434 line with 21 doubles and 10 home runs in 84 games and 302 plate appearances with the Nats' top minor league affiliate.

Moore made 78 of those 100 major league plate appearances in April and May and didn't return to the majors until September. He wasn't included on the Nats' postseason roster.

"I’m out of options. And obviously they have to make a decision and I feel like I can play for this team and I just want to help us win..." -Tyler Moore on fighting for a role on the 2015 roster

When the season was over, Moore went to the Liga de Beisbol Dominicano where he played for the Toros del Este, putting up a .299/.429/.584 line with four doubles and six home runs in 22 games.

"Spent about six weeks down in the Dominican," Moore said Saturday. "And then came back and just glad to be home and trying to soak it up until we come back to work."

Asked what he focused on in the Dominican Republic, Moore said he was concentrating on, "... really just being a more complete hitter, because a lot of those guys down there are throwing 95-100 [mph] every game. It was good to see it. I got familiar with pitchers I didn’t know and also it just gave me more at-bats and me made more disciplined at the plate, so it was fun."

With Spring Training still months away, Moore knows it's a numbers game.

With no options left, #Nats' slugger Tyler Moore talked about how big a season 2015 was going to be for him.

"I’m out of options," he said. "And obviously they have to make a decision and I feel like I can play for this team and I just want to help us win and like we did last year get back to the playoffs."

"This year’s kind of a crucial year for me and I’m just ready for an opportunity," Moore continued.

"I’m going to come in and help this team win, and we’ll see what happens. That was one of the main reasons why I wanted to go to winter ball, to get better. I felt like it really benefited me a lot."

The problem? As veteran Washington Post columnist Thomas Boswell explained it in a chat with readers last week, there might not be a role for Moore on the Nats' 2015 roster:

"Moore's teammates can't wait for the day that he is free to leave and try to find a full time job somewhere -- because several of them think he'll be a Josh Willingham clone for several very good years. He deserves to have a real career somewhere as a starting player. I think he will. The Nats like him as a person and a hitter. But they just don't have a spot for him with [Ryan] Zimmerman, [Jayson] Werth and [Bryce] Harper taking up first base and the corner OF spots."

Having done it before, Moore knows now what it takes to make the most of the limited at bats you get coming off the bench.

"It’s just, you’ve got to hit off the bench if you’re going to be a bench player obviously," he said. "I feel great when I start games, and I felt last year like I got better pinch-hitting a little bit. I only had one or two, didn’t have a lot of opportunities, but had a lot better at-bats. I felt like I was more into the at-bat. I think that comes with experience and hopefully this year I get a shot at it again."

As the WaPost's Boswell noted, however, where the at bats will come from is a question. Moore admitted he's not sure what the Nationals have in mind for him when asked if he expected to see more time backing up at first base with Adam LaRoche off to Chicago (AL) and Zimmerman moving across the diamond. 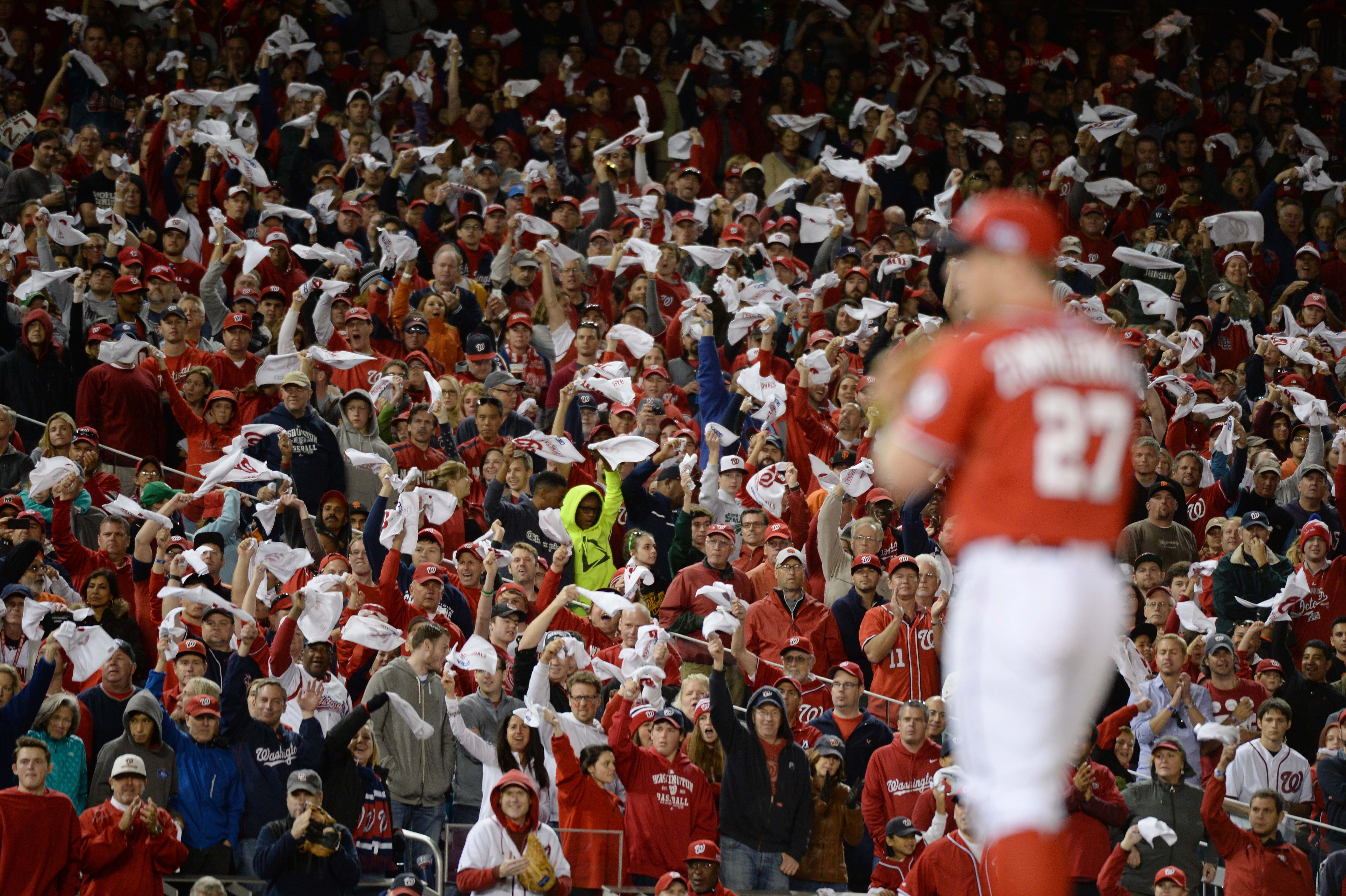 "I know Zimmerman’s going to be over there, and he’s a great defender and great player. Maybe we’ll give him some days off. I don’t really know what they’re thinking but my job is to go in there and play and do my best."

Barring a move this winter or spring that gives Moore an opportunity somewhere else, he said he'll come to Spring Training and try to prove he deserves a spot on the Nationals' roster.

"I feel like coming in and having a good consistent spring and playing good baseball and hopefully they’ll give me the benefit of the doubt. We’ll see what happens."