Opening Day for the Washington Nationals in 2015 is scheduled for April 6th at home in D.C. against the visiting New York Mets.

The Nationals officially announced when pitchers and catchers will report this afternoon.

Pitchers will get started in Viera, Florida on February 19th and position players will report to Spring Training on February 24th.

The other important date you need to know? March 5th, the first Grapefruit League game against the Mets, at home in Space Coast Stadium.

After winning 96 games and the NL East in 2014, the Nationals are talking about potentially adding a second baseman and some bullpen depth this winter.

They have five players heading into their walk year in 2015.

While the Nationals reportedly talked to a number teams at the recently-completed Winter Meetings, they have yet to acquire or sign a second baseman or trade one of their starters as rumored, though GM Mike Rizzo told reporters last weekend at NatsFest that he believes there is room for improvement.

"We had a lot of trade ideas and we just haven't found the right time, place or situation to make trades," Rizzo said.

"We feel that we like the team that we have, but we certainly see room for improvement and to get better and we're always on the lookout to improve the ballclub." 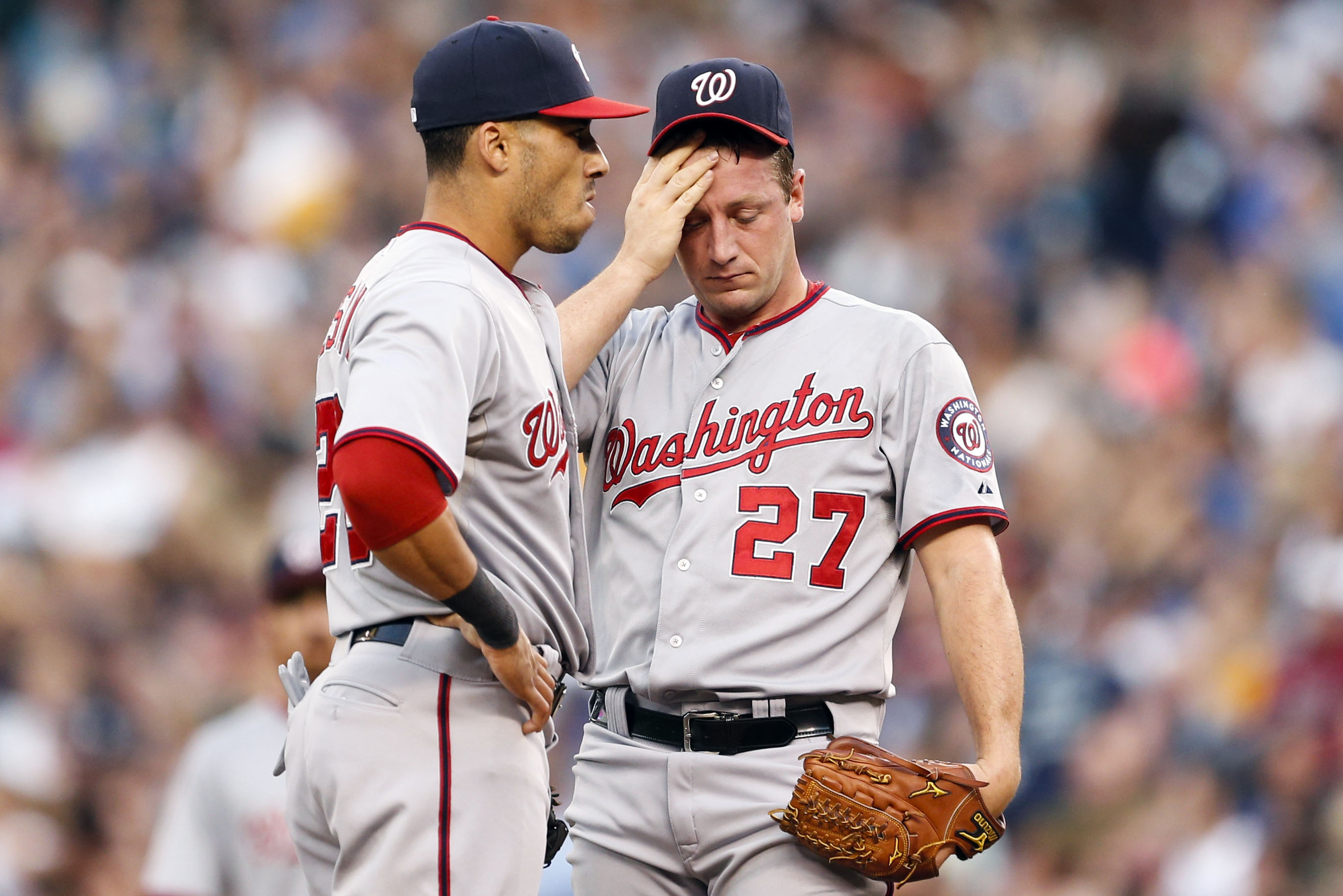 Second-year manager Matt Williams said this past Saturday that he wasn't concerned nothing went down at the Winter Meetings in San Diego.

"There's a lot of hype surrounding those three or four days," Williams explained.

He's just focused on getting ready for Opening Day.

"As Mike says, we have until April 6 to look at our team and the way it's constructed and be ready for Opening Day. It's important for us to understand that and Mike understands that fully. He did a fantastic job of getting everybody focused in the Winter Meetings and making sure we were looking at the task at hand. Of course there are a lot of people that are inquiring about a lot of things, but Mike's listening to everybody."