Washington Nationals' third baseman Anthony Rendon had the breakout campaign some predicted for him in 2014 and he's ready to move on and keep improving next season, wherever the Nats ask him to play.

Share All sharing options for: Nationals' third baseman Anthony Rendon put himself on the map in 2014

"I guess that made it a little bit easier for me," Rendon told reporters when asked about the Giants going on to win it all. "That might be terrible to say, but to say you lost to the eventual World Series champs... but either way a loss is a loss, so it sucks."

"As long as I'm in the lineup with a bat in my hand, I'm happy. I'll try and play wherever they want me to play. Wherever I can help the team..." -Anthony Rendon on not caring which position he plays

He's getting over it though.

"It's been a little bit difficult, but it's in the past," he said at NatsFest.

"We've gotta look toward the future right now. What happened happened. Everything happens for a reason. We can build on that and look towards next season."

Rendon started at second base when he debuted in the majors in 2013 and moved back and forth last season, but spent most of his time at the hot corner with Ryan Zimmerman in and out of the lineup while dealing with injuries.

Nats' GM Mike Rizzo said recently that Rendon's flexibility was allowing the Nationals to consider both second and third basemen this winter as they attempt to add an infielder.

"Anthony's athletic ability and defensive prowess at both positions gives us a unique opportunity to go for a third baseman and move Anthony to second base if we see that that is the upgrade we want to make," he explained.

Rendon said he would play wherever he was asked to play.

"As long as I'm in the lineup with a bat in my hand, I'm happy. I'll try and play wherever they want me to play. Wherever I can help the team, I'm all for it."

His approach is the same, regardless.

"I feel like I feel more comfortable at third base, but I really have no preference. As long as I have a bat in my hand..." - Anthony Rendon at NatsFest on playing second vs third

As for his preference?

"I feel like I feel more comfortable at third base, but I really have no preference," Rendon said. "As long as I have a bat in my hand, I'll feel the most comfortable there."

Nationals' skipper Matt Williams, who first worked with Rendon in the Arizona Fall League in 2012, in Williams' only previous managerial job before he took over on the bench in Washington, told reporters during the NLDS that he was impressed by the second-year major leaguer's maturity.

"You look at him and go, he looks like a 30‑year‑old that's been in the league for six or seven years," Williams said.

"We continue to forget how young he really is."

"Rendon put himself on the map as one of the really bright players in the game," Rizzo told 106.7 the FAN in D.C.'s Grant Paulsen and Danny Rouhier late this season.

Rendon said he didn't plan on changing anything about his preparations for his third major league season after his breakout campaign.

"Definitely not," he said. "I still go about my business. Still trying to work out and put on some muscle mass, try to get bigger but be smart about it at the same time."

Rendon displayed some of the maturity Williams spoke about in talking about putting last season behind him in spite of the success he enjoyed.

"It's a new year," Rendon said. "Last year is in the past, I'm not worried about it. I'm not thinking about it anymore. In a new, fresh season everybody starts off with zero. All the stats are at zero so you gotta build on from that and go up."

With division titles in two of the last three seasons and a big campaign coming up in 2015 since a number of key Nats are set to be come free agents after this year, Rendon's third major league run is shaping up to be a big one, but he's just concentrating on what he can control.

"For me, it's not in our hands," he said of any potential roster additions.

"That's why we let the front office do that. We just handle what we do on the field.

"They're going to do their best to give us the best opportunity to win and that's what we have to do. With the players that are out there, we gotta play our best. That's not in our hands." 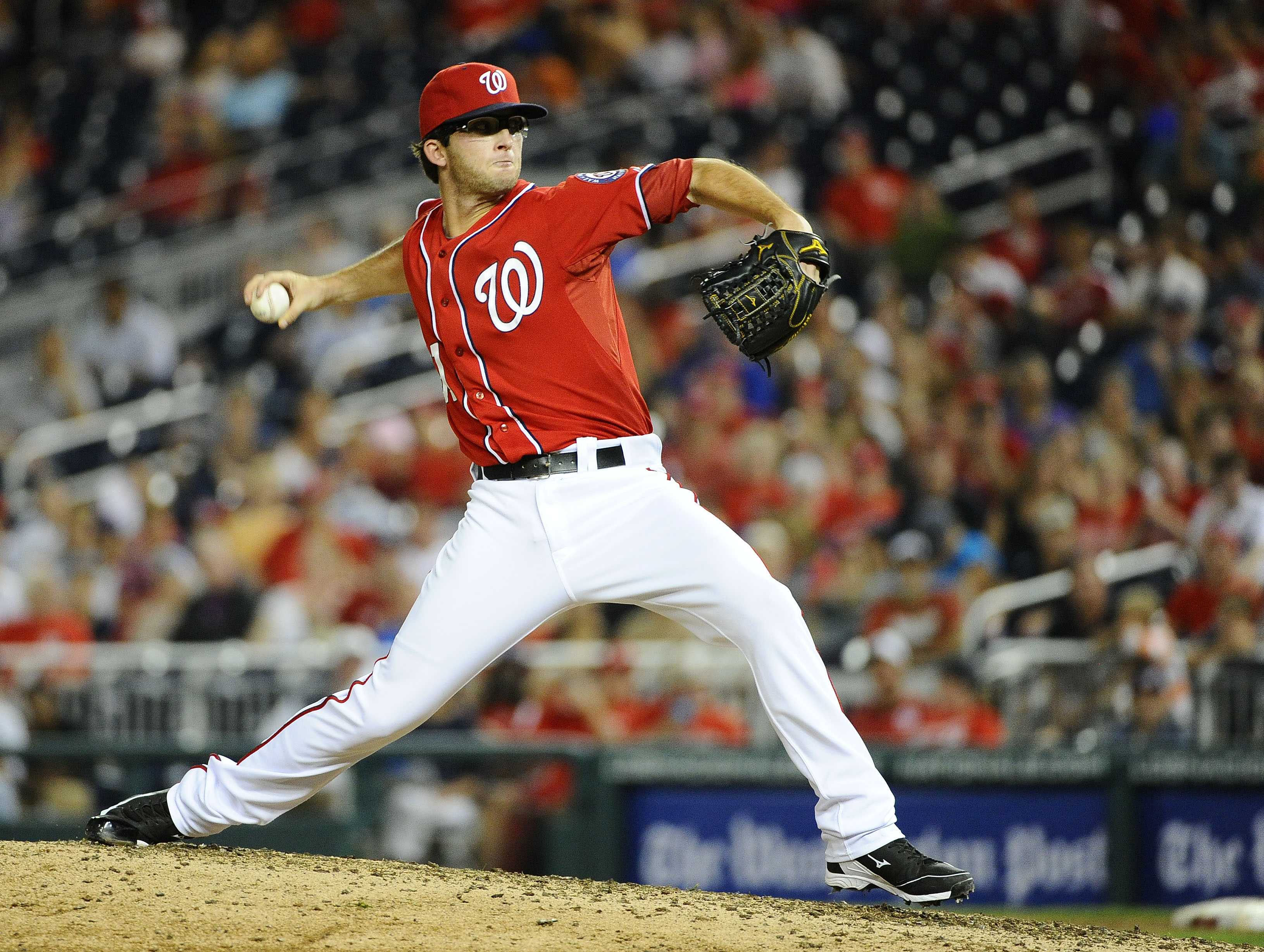 Asked what he thought the Nationals needed to take the next step, Rendon again declined to offer his own opinion.

"I'm not sure," he said. "I'm not in a position to say anything. I've only been in the league a year or a year and a half. I'm still learning. It's still a process for me, as well."

As for his own preparations, Rendon said he didn't spend too much time watching video and going back over his at bats from last season.

"The season ended how it ended. I hit what I hit and I fielded what I fielded. That's how it was supposed to go, and I'm happy about it. It could have gone better, it could have gone worse. That's just the way the ball rolls."