October 2014: Washington Nationals' shortstop Ian Desmond talked to reporters in San Francisco's AT&T Park after the Nats were eliminated from the postseason in Game 4. "The window isn't closed, but it is closing..." Desmond said.

Share All sharing options for: FBB's Top 5 Stories of 2014: Ian Desmond on Nationals - "The window isn't closed, but it is closing..."

[ed. note - "As of this moment, we have published a total of 1,561 stories in 2014. We know you can't read them all, so we spent the last twenty-four hours going back through those stories to pick out our five favorite articles of the year. We'll publish the top five over the next few hours, so keep checking back. No. 2 on our list comes from Ian Desmond's postgame press conference after the Nationals' NLDS loss to the San Francisco Giants."]

Ian Desmond clearly disagreed with home plate umpire Hunter Wendlestedt's ruling on his check swing strike three in the top of the ninth inning on Tuesday night. Washington's 29-year-old shortstop stopped himself before he tore into the veteran ump though.

"The first thing that came to my head was, 'Don't get thrown out of this game because we're going to tie it up and they're going to need me.'" -Ian Desmond on stopping himself from getting tossed

After the Nationals' season-ending 3-2 loss to the San Francisco Giants in Game 4 of the NLDS he explained why.

"As I was turning around to talk to Hunter," Desmond told reporters, "I think I took my helmet off and the first thing that came to my head was, 'Don't get thrown out of this game because we're going to tie it up and they're going to need me.' So, that's just a testament. And in a moment like that, for that to pop in your head, you can't fake that.

"I believed in this team. We all believed in each other all year long. It was a hell of a fight, but we came up short to a good ballclub."

Two of the four runs in their 4-1 win in Game 3 came on an error by San Francisco starter Madison Bumgarner.

Three of the nine runs they scored in the NLDS came on solo home runs by Bryce Harper.

"To win at this level, you've got to score runs," Desmond said.

Ryan Vogelsong, who gave up 13 hits, six walks and nine earned runs (7.15 ERA) in two starts and 11 ⅓ IP against the Nats in two regular season starts this summer, in which Nationals' hitters put up a combined .283/.365/.587 line, gave up just two hits, two walks and one earned run in 5 ⅔ IP and the Giants' bullpen limited the Nationals to one run on Harper's game-tying blast in the seventh.

"We've got a lot of talent and a lot of good ballplayers... that are under contract and are coming back for a while. The window isn't closed, but it is closing." -Ian Desmond after Nats' Game 4 loss to the Giants last night

The Giants' veteran right-hander's performance followed "surprisingly" good outings by Jake Peavy and Tim Hudson and a solid outing by Madison Bumgarner which was marred only by his fielding error.

"They did a great job," Desmond said. "I don't know when the last time Vogelsong pitched [was], but that was huge of him to come out and deliver like that. That was a lot better stuff than we saw the last time we faced him, which was quite a while ago. That's big-time stuff, but our pitchers were equally as good the whole way."

The Nationals failed to advance past the Division Series for the second time in three years after a crushing Game 5 loss to the St. Louis Cardinals in 2012, but they did make the postseason in two of the last three seasons.

"The first step is to get there," Desmond said. "And we've done that two out of the last three years. We've got a lot of talent and a lot of good ballplayers in here. A lot of good ballplayers that are under contract and are coming back for a while. The window isn't closed, but it is closing. It's important for us to move past this and go to Spring Training ready to go."

Asked what he'd take from the season as a whole, Desmond said it was the team's fight.

"We fought," he said. "We fought all year long. I know every team comes across injuries and setbacks and things like that but we had a big share of that. Guys stepped up. We had a huge season from Anthony Rendon. Couldn't be more proud of that guy. Bryce and Stephen [Strasburg]. Stephen came back and did his thing this year. He fought. Obviously proud of the way the organization handled stuff in the offseason, the moves they made. 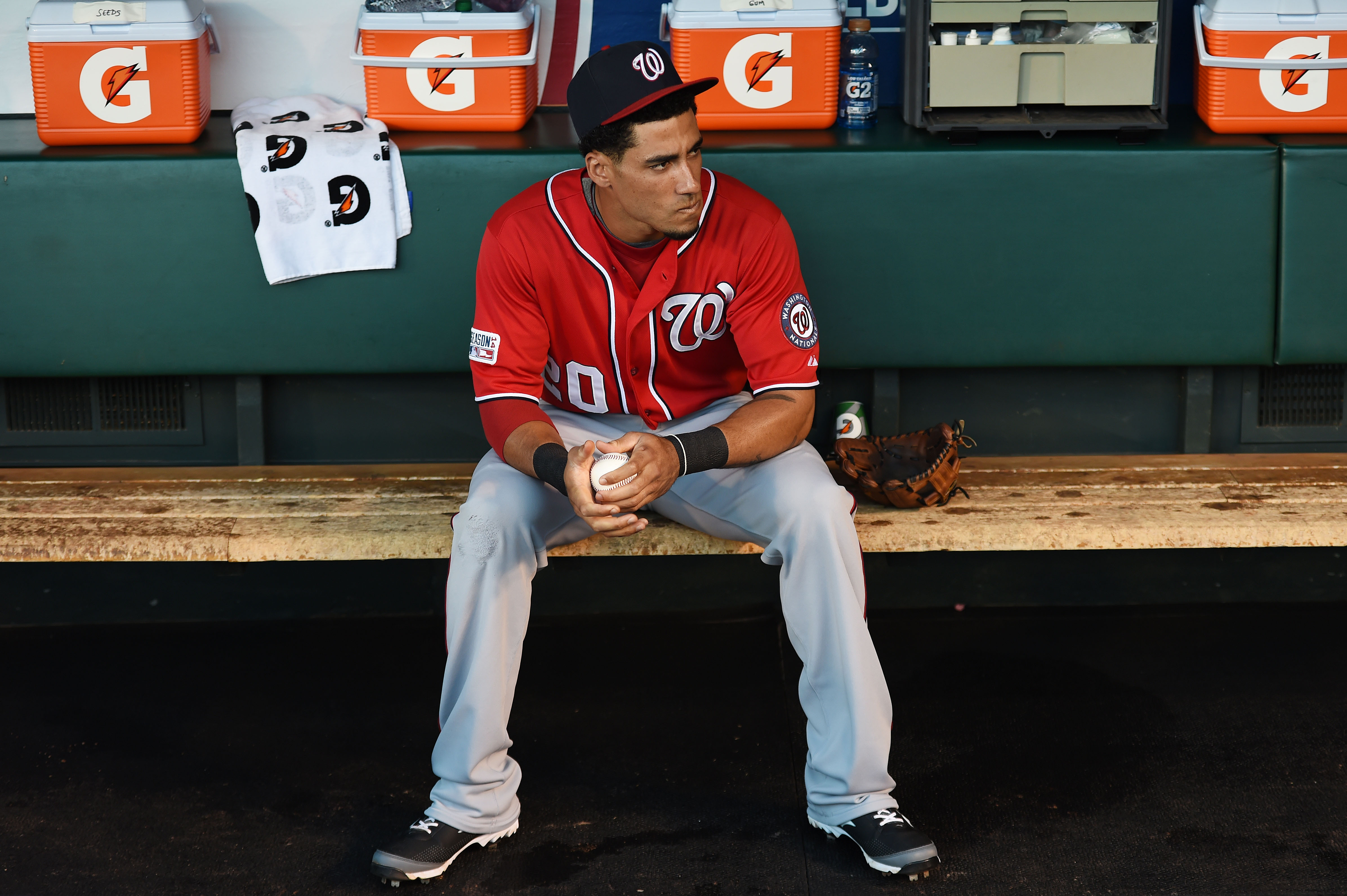 "Doug Fister? Huge. Trading for Matt Thornton at the Trade Deadline and getting Asdrubal Cabrera. Those guys weren't, I don't want to say 'huge names,' but that's under-the-radar moves that we made that were huge.

"To have a winning organization you have to be able to make moves like that and I have the utmost confidence in Mike Rizzo and the rest of management."

Desmond and Jordan Zimmermann are free agents after the 2015 campaign.

Adam LaRoche, Denard Span and Rafael Soriano could move on this winter. Ryan Zimmerman's accumulated injuries have slowed the so-called "Face of the Franchise."

Like Desmond said, "The window isn't closed," for the current Nationals' roster to win it all, "but it is closing."