Another day, more Jordan Zimmermann chatter. Will the Washington Nationals actually deal their 28-year-old ace this winter? One national baseball writer says Zimmermann's name is part of the "most widespread front-office conspiracy theory" out there...

In addressing the rumors about the Washington Nationals reportedly at least entertaining offers for 28-year-old right-hander Jordan Zimmermann, CSN Chicago's Patrick Mooney wrote late last month that two agents he spoke to, "... floated the theory that the Nationals are trying to smoke out interest in a Zimmermann trade and make a play for Max Scherzer."

Boston Globe writer Nick Cafardo wrote last weekend that it was, "[h]ard to tell whether the Nationals are serious about trading Zimmermann," since he is arguably Washington's best starter and the Nats have the "resources" to sign the 2007 2nd Round pick. Summing up what they believed Nationals' GM Mike Rizzo's approach was this winter, an "NL executive" Cafardo spoke to for the article told him it was "'Pretty simple, actually.'"

As veteran Washington Post columnist Thomas Boswell wrote in a chat with WaPost readers this past week, when it comes to trading Zimmermann, Doug Fister, Ian Desmond or any of the other Nats who are headed for free agency after 2015, the, "'rumors' are valid in the limited sense that people are gonna ask and the Nats are gonna listen," but, "any trade for any key Nats player would have to knock Rizzo's jaw open."

Zimmermann's name (and Scherzer's) came up again in ESPN's Jayson Stark's article today on the ten names to watch at next week's Winter Meetings.

Stark writes that with Scherzer's agent Scott Boras pitching the right-hander to owners rather than GMs, "...this seems all set up for Boras favorites like Mike Illitch (Tigers) and Ted Lerner (Nationals) to get be romanced by sales pitches that begin: 'Want to win the World Series? This is the guy who can win you the World Series.'"

The disappointing end of Werth's 2014 season 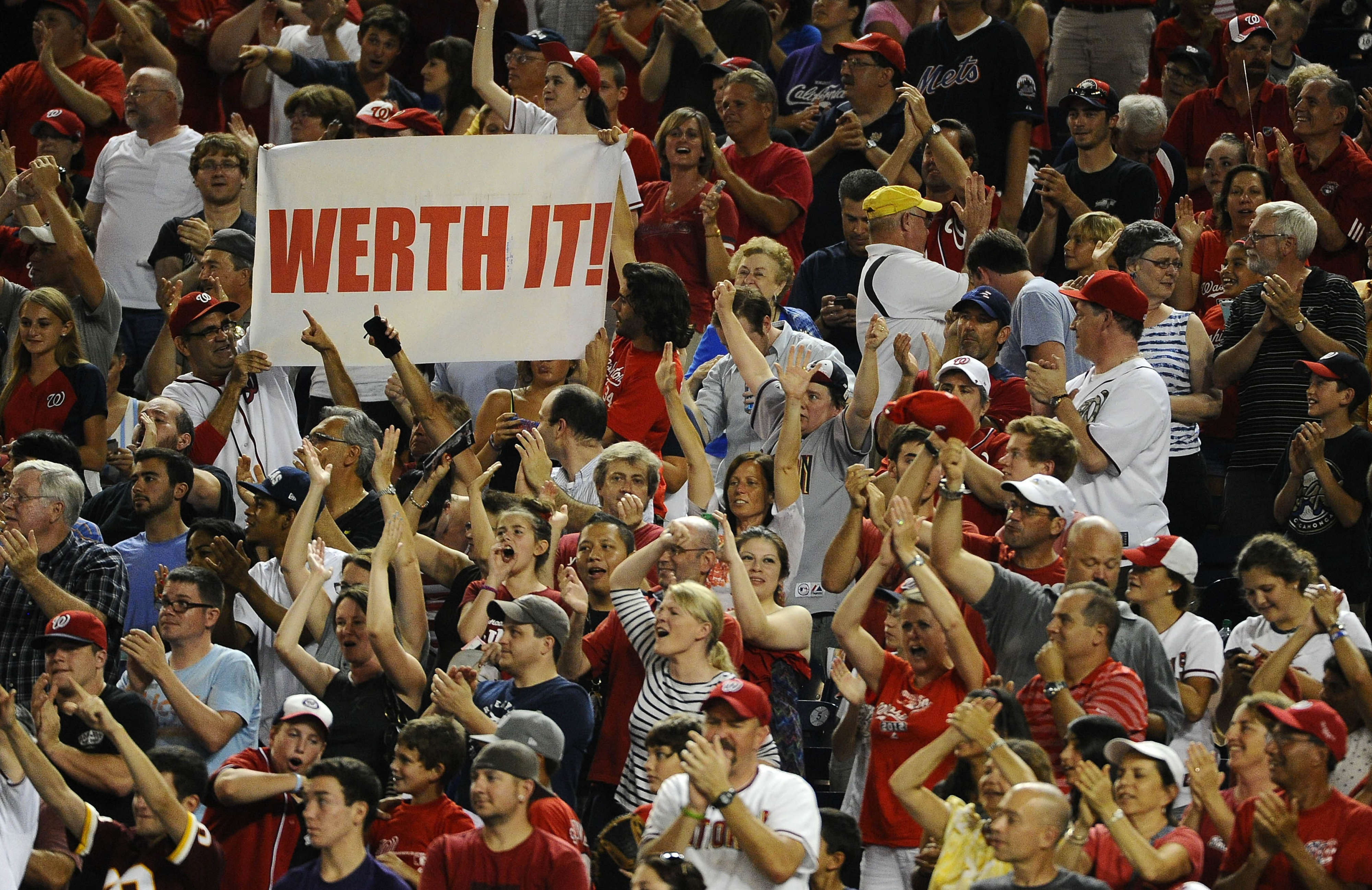 The "most widespread front-office conspiracy theory" going around, Stark writes, has the Nats trading Zimmermann, then signing the 30-year-old Scherzer, "a one-time No. 1 pick by (guess who?) Nationals GM Mike Rizzo when he worked in Arizona."

Elsewhere in the article, the ESPN reporter notes that, "[s]o many teams report that the Nationals are listening closely on a big group of prominent players -- Zimmermann, Doug Fister, Denard Span, Tyler Clippard, even Ian Desmond -- that almost anything is possible." An unnamed NL executive Stark speaks to says, "'I could see [GM Mike Rizzo] making a few blockbusters, with the pitching staff in particular.'"

Of course the Nationals could sign one or more of the aforementioned Nats to extensions to keep them in the nation's capital long-term. Until they make decisions one way or another, however, the rumors will continue...