Ross Ohlendorf's old-timey rocking chair delivery got a lot of coverage last season, but the Washington Nationals' right-hander pointed to an increase in velocity and command as part of the reason he had a bit of a comeback campaign in the nation's capital in 2013.

"I feel like there's a good chance of me being on the team versus last year I felt like I was probably going to be in Triple-A..." - Ross Ohlendorf on feelings heading into the 2014 campaign

The strong campaign in the nation's capital earned Ohlendorf a 1-year/$1.25M deal for 2014 which he and the Nationals agreed upon this past December, avoiding arbitration.

After pitching more innings in the majors in 2013 than he had since 2010, Ohlendorf told reporters last weekend at NatsFest in the Gaylord Resort and Convention Center in National Harbor, MD, that he was happy the Nationals wanted him back and excited about what the major league deal likely means for him as he heads down to Viera, FL for his second Spring Training with Washington.

"I feel like there's a good chance of me being on the team versus last year I felt like I was probably going to be in Triple-A to start the year," Ohlendorf said. "So I feel a lot better. I just feel better about how last year went and where I am pitching-wise right now." Most of his success last season, the seven-year MLB veteran admitted (without mentioning the disorienting effect of his old-timey delivery) was tied to the fact that he was finally healthy and comfortable on the mound.

"I obviously did a lot better than I had in a couple of years," he explained. "It was mainly just I felt really good physically and I feel like that helped a lot. I knew that I could pitch really well it just had been a while."

The reward for his efforts last season was a bit of stability for Ohlendorf, who bounced around over the last few seasons, pitching for the Pirates, Red Sox and Padres before signing with the Nationals and GM Mike Rizzo, who was in Arizona when the D-Backs drafted the 6'4'' righty out of Princeton in the 4th Round of the 2004 Draft.

Ohlendorf said he wanted to come back and was happy the feeling was mutual and the Nats made an offer.

"I feel like all season last year I was throwing as hard as I have in a couple years..." - Ross Ohlendorf on 2013 campaign with Washington

Though predominantly a starter earlier in his career, the work he did out of the bullpen over the last few seasons has prepared him for the role he's likely to play this year since he's a long shot for the fifth spot in the Nationals' rotation.

"I learned last year how to just be flexible," Ohlendorf said. "I feel like I was able to help the team a lot in having that flexibility. So I'm looking forward to being able to help in that way."

"I've always liked starting more, but I'm definitely fine pitching in the bullpen too," he said.

While there was a lot of attention paid to Ohlendorf's old-timey rocking chair delivery last season, an increase in velocity, which included one particular 97 mph fastball he threw which a reporter mentioned last weekend, also played an important role in the right-hander's successful campaign.

Where Would Nats Be Without Roark And Ohlendorf? 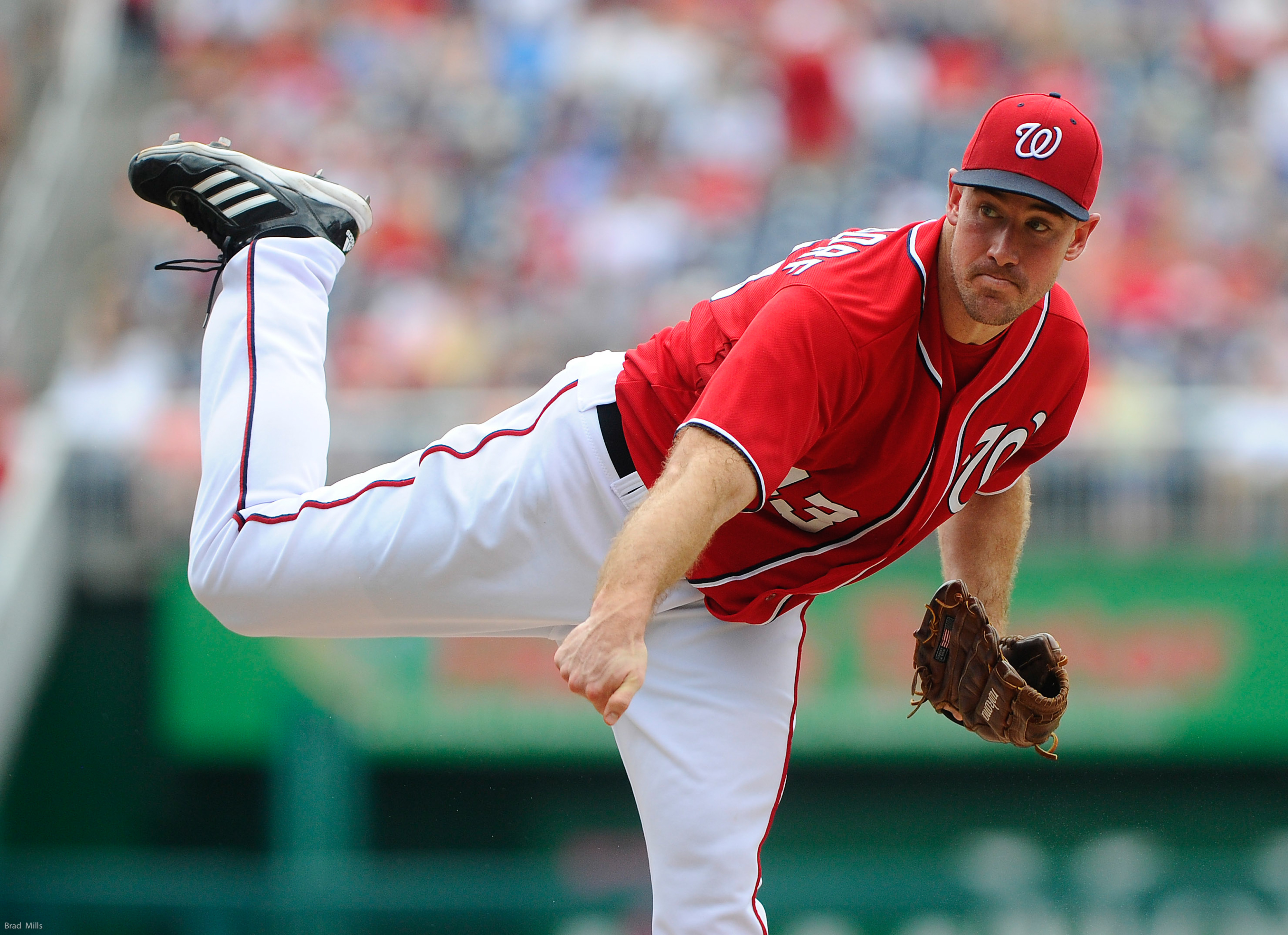 "I've thrown that hard in the past," he said last Saturday. "It just had been a while. But the velocity definitely helped. I felt like my command was good. I learned to pitch up in the zone effectively, so, not just hitting 97 [mph] that one time, but just the fact that my velocity consistently was higher when I wanted it to be."

The hard work paid off in his deal for 2014. Asked where the comeback season came from, Ohlendorf chalked it up to hard work.