Though he's been discussed as a potential option out of the bullpen this season, 25-year-old Washington Nationals' 2010 2nd Round pick Sammy Solis was among the players optioned out of major league camp this morning in the fourth round of cuts by the Nats this spring. Solis, who dealt with back spasms after his first Grapefruit League outing on March 2nd, returned to the mound on Sunday afternoon and threw two scoreless against the Detroit Tigers.

Solis was among six players optioned or reassigned this morning:

Steven Souza, Jr. too has been talked about as an outfielder who could help out at the major league level this season. The Nats' 24-year-old '07 3rd Round pick put together a strong season at Double-A Harrisburg last summer, posting a .297/.396/.548 line with 24 doubles, 15 home runs and 22 stolen bases in 81 games and 338 plate appearances in his seventh minor league season. Souza was added to the Nationals' 40-Man Roster this past November and the 6'3'', 220 lb outfielder impressed this spring, going 11 for 31 (.355/.429/.806) with three doubles, a triple and three home runs in 17 Grapefruit League games. 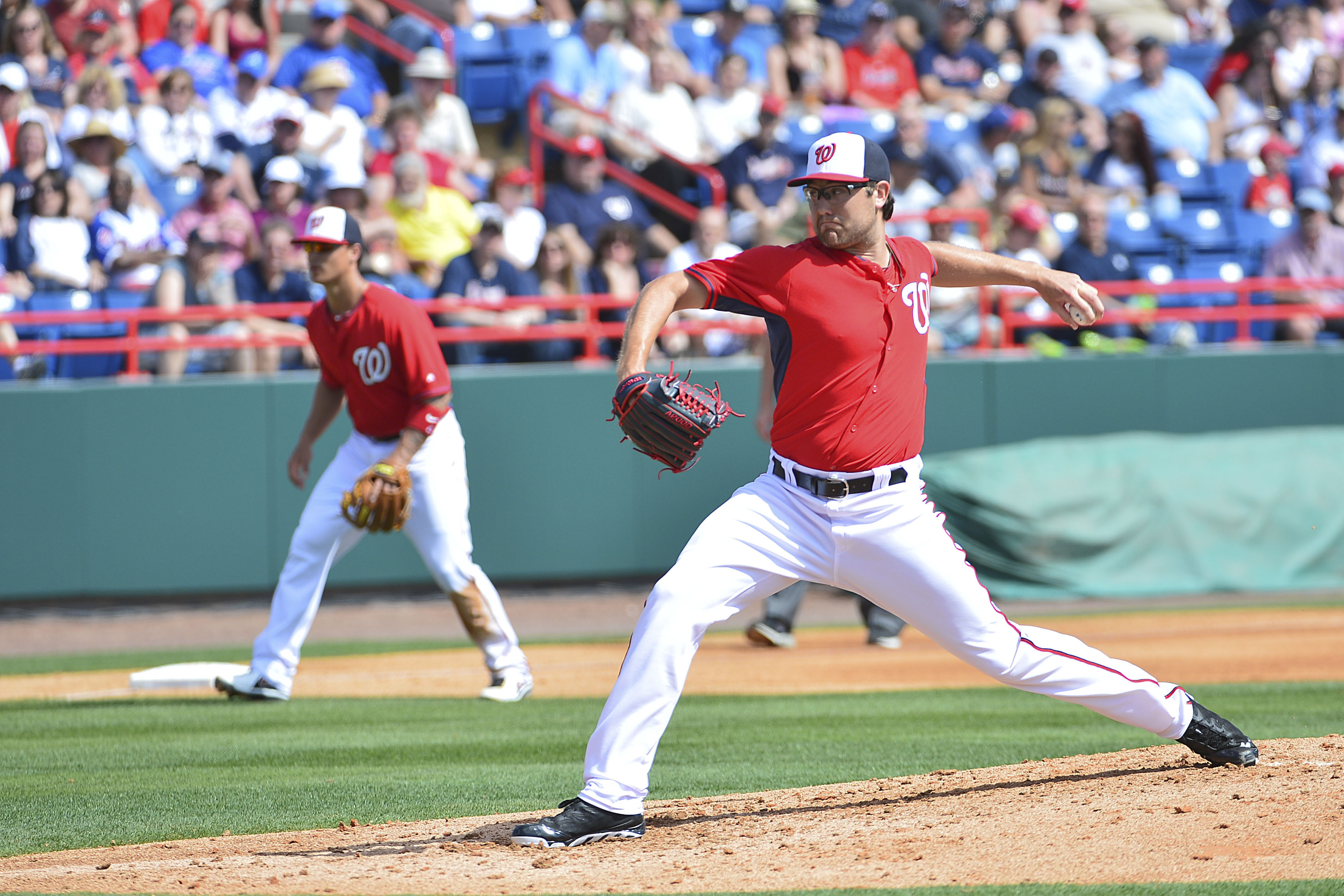 Joining Souza in the Triple-A Syracuse Chiefs' outfield will be 23-year-old outfielder Eury Perez, who played 96 games for the Nationals' top affiliate last season, putting up a .300/.336/.422 line over 433 plate appearances in which he hit 18 doubles, five triples and seven home runs while stealing 23 bases. Perez was 6 for 23 with two doubles for the Nationals this spring before being optioned out today.

Brian Goodwin, 23, and the top outfield prospect in the Nationals' system according to Baseball America, was one of three players in camp with the big league team who was reassigned to Minor League camp today along with veteran C Koyie Hill and infielder Mike Fontenot.

Today's rosters moves, as noted above, leave the Nationals with 44 players in their MLB camp.